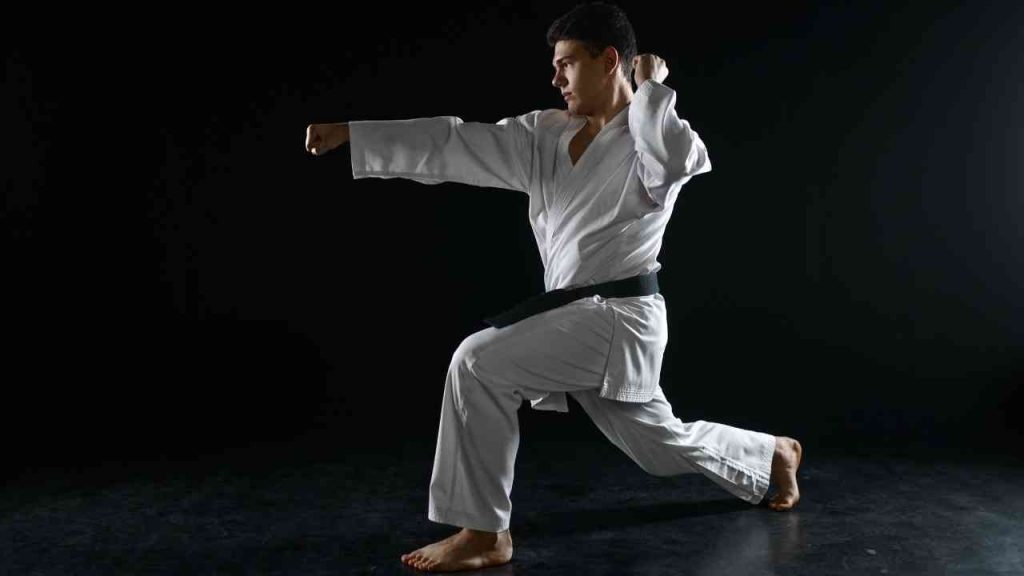 Focusing more on character development and mental discipline, the Shotokan form of Karate is hugely popular across the globe. However, it is not an easy art to master. Therefore, you must have proper guidance and knowledge and that’s specifically what I will be discussing in this blog.

So, let’s get started!

What Is Shotokan Karate?

Shotokan Karate is a martial art that does not incorporate the use of any weapon. The name “Shotokan” comes from a word called “Shoto” which means billowing or waving pine. However, this term was actually the pen name of the founder, Gichin Funakoshi.

Shotokan Karate focuses on wide stances and linear techniques allow the usage of hands, elbows, knees, and feet to deliver strikes quickly and effectively. The Shotokan philosophy focuses not only on self-defense but also on overall improvement. Continuous practice of Shotokan techniques has many benefits like,

Having said that, let’s try and trace the history and the different nuances of Shotokan Karate!

Born in Okinawa in 1868, Gichin Funakoshi is considered the founder of modern karate. Throughout his life, Funakoshi had been an avid karate enthusiast. He took karate a step further and integrated philosophical aspects in his student’s karate training.

In 1936, he founded his karate style called Shotokan which was further developed by Funakoshi’s son Yoshitaka and the first headmaster of the Japan Karate Association, Masatoshi Nakayama. In honor of Funakoshi, his students created a signboard reading ‘Shotokan’ which was placed above the entrance hall where he taught.

‘Shotokan’ was the name of the first official dojo constructed by Gichin Funakoshi in 1936 at Mejiro. The dojo was damaged in 1945 due to allied bombing. The word ‘shoto’ means ‘pine-waves’ and their movement when the winds blow through them. This stands for the precise movements of the body and deep, long stances while practicing Shotokan Karate.

Shotokan Karate follows a dedicated belt system to rank a student. The karate belt system uses a variety of colored belts to determine an individual’s skill level. With each passing level, the color of the belt gets darker. Many also believe in the theory of the white belt becoming dirty over time and turning black, representing a black belt, the best rank.

Mentioned below is the belt ranking system in Shotokan Karate.

‘Kata’ is a Japanese word meaning ‘form’. Kata is a series of standardized movements or forms which are followed in all forms of karate to practice offensive and defensive techniques. When students have to pass the belt test, they are required to perfect the kata movements.

Shotokan Karate has 26 different katas, which have been listed below.

Bunkai can be understood as singular elements of each kata. For instance, if an instructor has to teach a kata to his students, he will probably break down the kata into its offensive and defensive elements i.e., bunkai. Bunkai differs for each kata because its interpretation and application change accordingly.

Shotokan karate follows a very specific stance and movement when it comes to fighting techniques. There are 16 Shotokan Karate stances. I have listed all the stances below, with a brief description of each stance.

Shotokan karate also incorporates the use of legs and that too actively in the form of kicks. Some well known and often used kicks in Shotokan Karate are:

Some punches and hand strikes used in Shotokan Karate are:

Is Shotokan Karate Effective for Self-defense in a Real Fight?

Of course. Gigin Funakoshi designed Shotokan Karate with the idea of self-defense in mind, hence, it can effectively help an individual strike an attacker. If practiced regularly, Shotokan Karate techniques start coming naturally to the artist. It is almost like a muscle memory after one point in time.

Consistent training can teach an individual endurance. Along with that, it also helps in building the much-needed arms, legs, shoulders, and torso strength. Additionally, the mental strength it inculcates allows the artist to take opponents of different sizes and weights without being scared and creating a mental block. It is a good physical activity to indulge in if individuals want to understand their own body closely, learn self-control, and achieve mind-body harmony.

In order to master any art, it is imperative to have a comprehensive knowledge of the same. Shotokan karate needs dedication, willpower, and constant commitment. Therefore, you must try to build up as much knowledge as you can. Hence, I have mentioned here is a list of books that can help you learn more about Shotokan Karate.

The Shotokan form of Karate requires complete dedication, determination, and inner-will as it not only focuses on physical strength but mental well-being as well. Curious about the difference between Shotokan and Kyokushin, check our article: Shotokan VS Kyokushin.