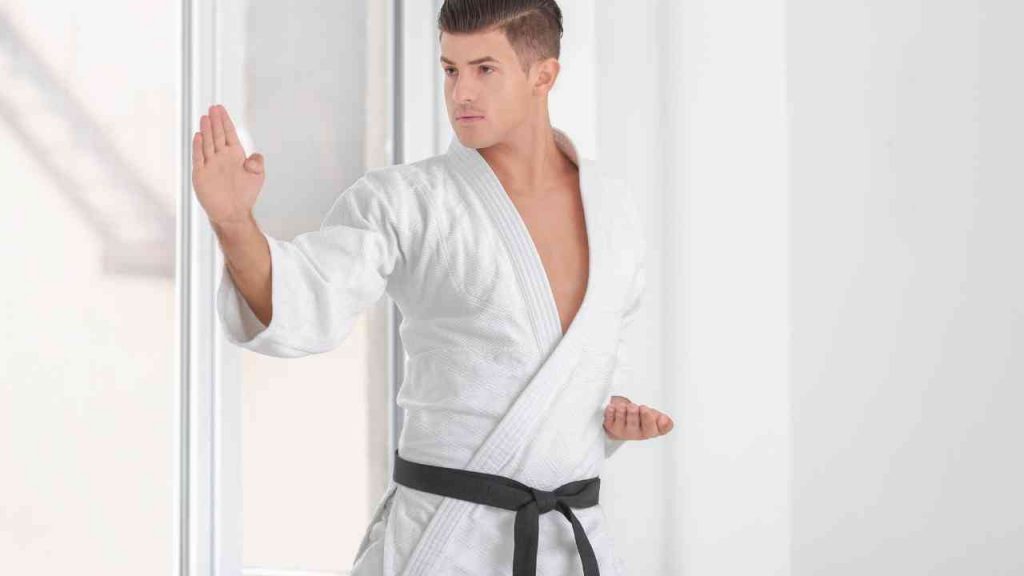 Karate Kumite, or sparring, is flashy and gets a lot of attention. Many a Karateka from white to black belt chomps at the bit for their chance to prove their stuff during free sparring.

However, Kumite is only one of the three fundamental Ks of Karate — Kumite, Kihon, and Kata.

While most students are thrilled at the prospect of training Kumite, fewer get excited about learning Kata. But if you want to become a formidable Karateka, mastering the Kata is an important part of your journey.

Let’s understand more about Kata, then dive into the various Katas that are used in different styles of Karate.

A Kata is a pre-choreographed set of moves the student learns. Katas are not designed to simulate a real fight, but rather put moves and techniques together.

For the vast majority of martial arts history, you couldn’t pull out a cell phone and make a video so you don’t forget a technique. Instead, the techniques were put together and practiced in Katas to serve as a living library of sorts.

Practicing Kata is also a very effective way of training. Instead of speed, the aim of Kata is to perform each technique intentionally and flawlessly. Stances are often deep to aid in strength conditioning. Finally, the practitioner is expected to let their fighting spirit shine through with the strength of their techniques and Kiai (Karate yell).

What Does Kata Mean?

The word Kata in Japanese means “forms” and isn’t exclusive to Karate or martial arts as you might think. Elements of Kata appear in many types of Japanese martial arts, including theatre and tea ceremonies.

Despite being a large part of Japanese culture, Kata didn’t originate in Japan. The practice traces its roots back to Chinese Kung Fu masters that predate Karate.

Trying to depict the techniques through paintings or descriptive words proved to be challenging. Thus, the masters developed intricate Kata to string techniques together and showcase all elements of Karate. This included punches, strikes, kicks, blocks, footwork, and even breathing techniques.

When Chinese families came to settle in Okinawa, they brought this practice with them. Eventually, it became a part of the melting pot that is Okinawan martial arts, which eventually became Karate.

Now that you understand a bit about the katas themselves, let’s dive into the different styles. Over the years since Gichin Funakoshi introduced Karate to the world outside Okinawa, different styles of Karate have spun off.

Each style has its own Kata list, though some Katas appear on multiple lists. Let’s look at a handful of the most common Karate styles and their Katas here.

Shotokan is one of the most popular styles of Karate. There are 26 Shotokan Katas.

Martial arts experts overwhelmingly agree that Kata practice is an important and effective piece of the martial arts puzzle. Practicing Kata helps the student in their Karate journey in many ways.

The emphasis on meticulous execution helps beginner students learn the proper form for each technique. Holding such low, strong stances helps condition and strengthen the body.

Later on, with countless executions, the student develops a fuller understanding of body mechanics. It is often through Kata practice that students finally understand how to move their bodies to generate power from the hips and core.

All the while, they are building muscle memory that helps with flawless execution under pressure, such as in a real fight.

On the whole, Karate without Kata is only a shell of what it could be.

Once you’ve mastered Karate Katas, it is tempting to think that’s all there is to it. However, there are so many ways to expand on Kata training and reap more benefits from them.

For example, once you’ve fully mastered a Kata, try performing it backward. Alternately, perform it as fast as you can then perform it in slow motion.

Perform the Kata with one leg rooted in place (great for small spaces). Perform it outside — in the woods, on a mountain, on the beach — whatever floats your boat. Perform the kata on a hill, moving either up or down.

There might not be that many Kata that you can learn in your specific style. But rest assured there are so many ways to build on the basic Katas that you could spend a lifetime performing them.

We hope you have enjoyed this Karate forms (Kata) list. Much of the information about the origin of traditional katas has been lost to time. We did our best to include all the karate forms names, including an approximation of their meaning in English.

The most important thing is to get out there, start your kata training and have fun! To check out the scoring and rules for Kata in competition, check out our post here!