13 Main Karate Styles and Their Differences 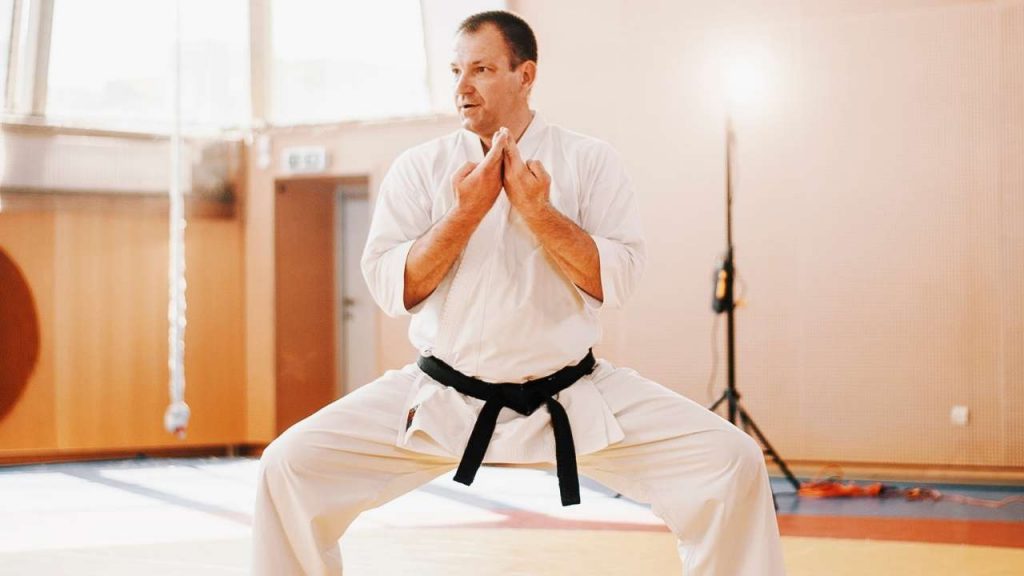 Karate is like a living thing. Though established relatively recently in the early 1900s, the roots of Karate stretch back over centuries.

Though modern Karateka performs some of the same movements as ancient martial artists, some of the techniques have been completely revamped. Even the basic Karate style that Gichin Funakoshi brought from Okinawa to Japan has morphed into something new.

Now, not even 100 years later, various different types of Karate are practiced around the world. Let’s look at their differences.

What Are Karate Styles?

What do we mean when we talk about different Karate styles (Karate types) as opposed to different styles of martial arts? Shotokan Karate and Wado-ryu are quite different from each other, but both are considered Karate. However, something such as Tae Kwon Do, which looks similar to Karate, is not considered Karate.

Most of it has to do with how the styles were developed. All Karate styles have their roots in Japan, Okinawa, or both.

Nearly all martial arts styles have had some influence on each other at some point in their histories. However, the basic categories we have today come from distinct places. For example, Tae Kwon Do comes from Korea, Kung Fu comes from China, Muay Thai comes from Thailand, etc.

Karate comes from the island of Okinawa and was later refined in Japan. Check out this post to learn more about the origins and history of Karate.

From there, various types of Karate split off as new schools and prominent Karateka further explored certain aspects of the art.

How Many Styles of Karate Are There?

Though there are as many as 75+ Karate styles out there, there are four main styles that are most widely known.

Shotokan Karate is one of the most well-known types of Karate in the world. It was developed in Tokyo by Gichin Funakoshi, the Father of Modern Karate.

Shotokan techniques are very strong and linear (as opposed to circular, fluid movements such as what you’d see in Kung Fu). As a whole, the art is comprised of about 70% hard techniques and 30% soft movements.

Students are taught to focus on speed, form, balance, and breathing as they perform techniques. Beginner stances tend to be deep and become longer as the student advances.

The style has 26 kata that students must learn.

Though Shotokan is more popular around the world, Shito-ryu is the most popular form of Karate in West Japan. The style is heavily influenced by Okinawan Karate styles and was founded by Kenwa Mabuni in 1934.

The style employs short, low stances that are very similar to what you see with Sumo wrestlers and is very kata heavy. With 94 kata, it is the Karate style with the most kata. Students are encouraged to string the movements from the kata together as they work to defend themselves.

If you’ve ever seen The Karate Kid, you’ve already seen Goju-ryu in action. This is the style that the fictional character Mr. Miyagi teaches to Daniel.

His character was inspired by the real Chojun Miyagi, who founded the Goju-ryu style of Karate around 1930.

As such, the style is a more even mix of hard and soft techniques, which is reflected in the name of the art. “Goju” literally means “hard-soft” in Japanese.

Whereas Shotokan Karate is very linear, many movements in Goju-ryu are more circular. (“Wax on, wax off.”)

The style uses only 12 kata and the stances tend to be deep and natural.

In 1939, Hironori Otsuka established Wado-ryu, which translates to “the way of harmony” in Japanese. There is a strong emphasis on harmony and peacefulness of mind.

Whereas most styles of Karate focus on powerful attacks, Wado practitioners seek to evade blows. Students learn to shift their bodies to avoid or reduce the impact of blows and strikes are incorporated as a counter-attack.

Unlike most other Karate styles, Wado also incorporates Jujitsu-style techniques such as joint locks and throws. The stances are mostly natural and students learn 15 kata.

What Does Ryu Mean in Japanese?

You may have noticed that all the styles have the Japanese word “Ryu” as part of the name. What is Ryu meaning?

In Japanese, “Ryu” can mean style, school, system, type, form, etc. In written Kanji, it is used mostly as a suffix like you see here after the style names.

The word “ryuha” can also stand alone and means “school” or “school of thought”. Japanese martial arts are often differentiated into different ryuha.

Other Types of Karate

So far, we’ve talked about the big four styles of Karate. However, though these are the most well-known, they are not the only types of Karate out there.

Other styles that have been established are basically mixes of these four styles or offshoots of one of them.

Let’s take a quick look at them here.

Kyokushin Karate is a mix of techniques from Shotokan and Goju-ryu. However, despite the influence of Goju-ryu, it is known as an extremely hard style.

In the sporting arena, it is also a particularly brutal form of Karate, known as Japanese full-contact Karate or knockdown Karate. Unlike in sparring matches of other Karate styles, Kyokushin students are NOT encouraged to pull their punches, and potentially permanently damaging blows are allowed.

The stances used are mostly natural and there are 23 Kata plus 8 ura Kata.

Isshin-ryu is based primarily on Okinawan Karate styles. It mixes Goju-ryu with Shorin-ryu and Kobudo, both of which are Okinawan martial arts.

Stances tend to be natural and there are 15 kata, including weapon-based ones.

The Uechi-ryu style of Karate is a mix of Okinawan martial arts with Kung Fu. There is an equal mix of hard and soft techniques.

Students might be excited to know there are only 8 kata to learn in Uechi-ryu. Kata fans, however, will find themselves looking elsewhere for a challenge.

This style was developed by Kanbun Uechi on Okinawa during the early 1900s.

Shorin-ryu is another Okinawan style mixed with Chinese martial arts that uses a mix of hard and soft techniques. However, hard, fast techniques tend to dominate.

This style is a steady mix of Okinawan and Japanese Karate styles. As such, it uses both deep and natural stances. Counting all the types and sub-categories of kata that students learn, there are more than 60 in all.

This Karate style is a mix of Shito-ryu and Goju-ryu. It maintains a balance of about 60% hard techniques with 40% soft ones.

Practitioners always use natural stances and there are 44 kata for students to learn.

Gosoku-ryu is a Japanese style of Karate that combines techniques from Shotokan and Goju-ryu. There is a mix of both hard and soft techniques.

Deep stances are usually taught to beginners. As they progress, more natural stances are employed.

This style has 46 Kata — a relatively large number and this includes several weapons ones.

Shuri-ryu also hails from Okinawa and was developed from mixing Okinawan martial arts with a Chinese art called Xing Yi Quan. Both hard and soft techniques appear and the style uses both deep and natural stances. Students learn 15 kata in all.

Chito-ryu is a mix of Shorin-ryu and Okinawan martial arts. The style uses a mix of both hard and soft techniques. However, unlike most other types of Karate, it focuses on soft techniques rather than hard ones.

The stances are always natural and there are a total of 15 kata.

What’s the Best Karate Style for You?

As you can see, there is quite a variety of Karate styles out there for those who would like to study Karate. A few more exist, such as Gensei-ryu, Yoshukai, and others, but you’ve got the idea.

So, how do you know which one you should choose?

You can do a little research like this on the Internet, but the best way to get a feel for each Karate style is to visit your local dojos. Most Karate schools offer a free introductory class so you can get an idea of what to expect.

In general, most people interested in martial arts will be happy learning any style of Karate. However, they are different enough from each other that you may enjoy one style over another.

So, check around, see what styles of Karate schools are offering in your area and take advantage of that free class! Before long, you’ll be feeding a lifelong passion and well on your way to earning a black belt in Karate!