Shito Ryu Karate (All You Need to Know) 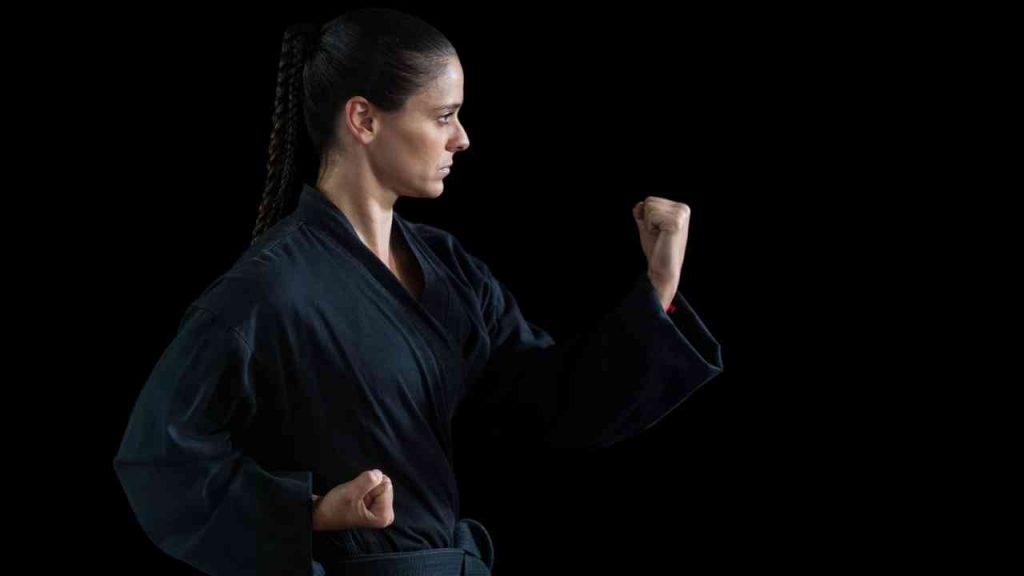 Shito-Ryu is one of the most famous forms of martial arts, founded in West Japan. The word Shito-Ryu is the combination of the names of two profound masters of Karate in history.

Shito-Ryu Karate, the sub-karate style, is normally known as the blended style because of its adopted style and katas. As, it combines two forms of soft and hard, internal and external martial arts, which were collected and presented as a new form of karate. Moreover, the powerful stances reflect the ancient Shuri-te style while the circular movements are inherited from Naha-te style.

Most likely, other karate styles, Shito-Ryu originated from Okinawa; one of the largest islands in Japan. As master Kenwa Mabuni permanently settled in Osaka, Japan, he started a shito-Ryu school in 1929. However, due to government policies at that time, schools need to declare the style they used to teach. Therefore, with the idea of blending techniques, Kenwa Mabuni used the initials of his master and named it Shito-Ryu.

At first, Shito-Ryu, as a karate style, failed to gain popularity among people because of its mixed Katas. It was frequently called “first dance” by the Okinawa people at that time. However, with the enormous efforts and hardwork of the founder, in 1939 Shito-Ryu Karate became popular. The organization, named “Dai-Nihon Karate-Do Kai” became the predecessor of modern Shito-Ryu Style. Many participants practise the style and become the helping hand to spread the style all over Japan and then the world.

This artistic and powerful style was founded by the Karate student Kenwa Mabuni (1888 – 1952). In his learning age, he studied the first form, the Shuri-te style, from his master Anko Itosu (1830-1915). Later, he studied the Naha-te style from Kanryo Higashionna (1852-1915). He was trained by different gurus who helped him learn various advanced forms of Naha-te style and others like Nin-jitsu and Arakaki.

Additionally, in every karate style, there is a belt ranking system for students. There are different colors of belts, from white to black. Some of the same colour belts have a particular number of strips to represent the Practitioner’s progress in the class. Institutes offer black belts to the top-level students in their karate class.

However, the ranking of belts starts from 9th Kyu, which means the beginner level to Shohdan/1st dan. For better insight, we have mentioned the belt ranking system of Shito-Ryu in the table below.

The word katas in any Karate style are known as “forms” in Japanese language. These are the training, incorporating the highly physical techniques to produce muscle memory and mind-fullness in any type of martial art.

However, Shito-Ryu has a vast list of Katas. We discuss 5 basic forms below:

The I, II, III in the name of kata refers to the number of attacks. For instance, I mean one attack. Additionally, Juni No Kata is adapted from Taikyoku akats to develop the basic movement which follows the same pattern. However, these Katas are also used in Goju-Ryu karate with a slight difference in stances and hand movement.

The Pinan Kata refers to inner peace and a state of mind that an individual is unaware of. However, Pinan Shodan is the first Pinan Kata which leads practitioners to Gyaku Tsuki. The most initial principle of Pinan Shodan is the contrite moves/energy. These principles come in order when a body shifts in one direction and the blocking energy is used.

It is the second form/Kata of the Pinan series, which aids in learning the underlying fundamentals of oi Tsuki. In this Kata, we use the same hand with our leading foot to mark an enemy’s attack. Moreover, all the initial principles of the pinan series originated from oi Tsuki.

Another Kata in Shito-Ryu karate is Wankan. The word “Wankan” is also called Okan, which means “emperor’s crown.” However, there’s not a vast history of this Kata, but it is said that this form originated from Tomari-te school and is now practiced in many forms of Karate.

This Kata means to penetrate the fortress or, in other words, to extract and block off. Bassai Dai is one of the forms of passai Kata, which is practiced in almost every karate style.

Is Shito-Ryu Effective For Self Defence Or In A Real Fight?

Well, yes! Shito-Ryu Karate is an effective and powerful technique against any self-defense. The combination of forehead moves gives the confidence to apply them in a real fight situation to save yourself from any damaging attack. All of the katas and stances were patterned in a way to offer you weapons being empty-handed.

In summary, shito-Ryu karate is one of the popular forms to be learned in the karate series. However, it requires some dedication and a focused mind to achieve your goals. The style has easy stances and techniques to learn even if you are new to Karate. We have also covered some of its basic katas to help you find it easier to decide.

Moreover, we hope you have gained enough knowledge about the Shito-Ryu style. Wanna know more karate styles, head over to our article: 13 Main Karate Styles and Their Differences.