What Does KARATE Mean? 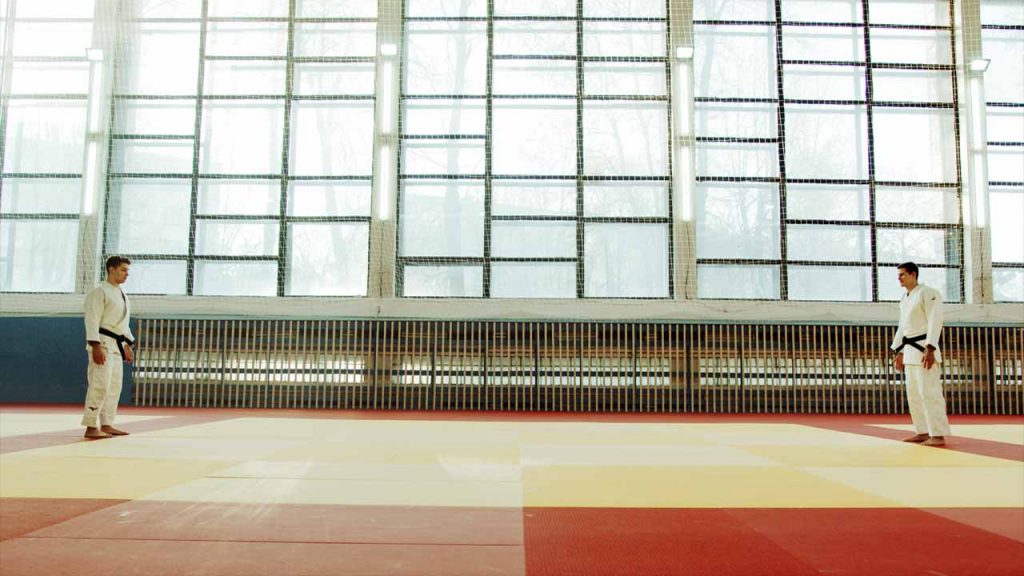 Karate. What does it mean?

It’s an interesting word and has a nice ring to it. But for those of us who don’t speak Japanese, it doesn’t mean anything. We know that it is a martial art, of course, but the name has a deeper meaning in Japanese than the karate meaning in English.

So, what is the meaning of Karate? What does the word Karate mean in Japanese? Are there Karate translations?

Let’s find out the answers to these questions and more!

How to Pronounce Karate

Karate /kəˈrɑːti/. Check out this video to know the pronunciation in different countries.

The Karate Meaning in English

In the Western world, the word “Karate” is virtually synonymous with “martial arts.” Whatever style of martial arts used in a movie is pretty much irrelevant, many people will still refer to it as a “Karate movie.” If you study Kung Fu or Tae Kwon Do, it’s likely one of your friends has asked you how your Karate lessons are going.

It was the first form of Asian martial arts largely popularized in the US. After World War II ended, Okinawa (the birthplace of Karate) was an important US military holding in the mid-1940s. While there, many of the soldiers began to study the martial art and brought it back with them when they returned home.

Martial arts in general and Karate in particular slowly began to catch on in the Western world. Then, in the 1960s and 1970s, martial arts movies arrived on the scene and the popularity of the sport grew. Karate came to be an umbrella term in English that many people will use interchangeably with martial arts.

Of course, only those not in the know will do this. True Karateka, practitioners of Karate, know that there is a huge difference between Karate and other martial arts styles.

What Does Karate Mean in Japanese?

Karate-Do, the full version of Karate, comes from three Japanese characters, “kara,” “te,” and “do.”  Literally, they can be translated as “empty,” “hand,” and “way.” In other words, the literal translation of Karate from Japanese is “the way of the empty hand.”

Because the term is Japanese, you won’t see different Karate translations. If someone ever asks you “how do you say Karate in Spanish?”, the answer is the same — Karate.

The definition of Karate has an interesting history. Since Karate is so well known in the US and people know that martial arts are ancient, the average person would assume that Karate is an ancient art as well.

Surprisingly, it is not. The term Karate was first decided on and used as a name for the art in 1936! So “Karate” isn’t even a hundred years old yet. How did that come about? Let’s find out.

Though Karate is known as a Japanese art, it has Chinese origins. It was perfected on Okinawa, an island to the south of Japan. Throughout history, Okinawa has been an important trade hub that had dealings with various Southeast Asian countries — Burma, Korea, Taiwan, the Philippines, and Siam (Thailand), to name a few.

However, on Okinawa, there was a favorite — China. Everything Chinese was the bee’s knees. Everything from Chinese culture was revered as the ultimate sophistication — including their martial arts fighting style.

In Okinawa, the art was known as Toudi, which literally translated means “Chinese Hand.”

However, in the 1930s when Okinawans like Funakoshi Gichin (the father of modern Karate) and others wanted to take the art to Japan, they knew it wouldn’t go over well simply because of the name. Japan, at the time, was in a historical conflict with China. Anything that had anything to do with China would be instantly disliked.

Interesting how words can mean so much, isn’t it?

To solve this problem, they decided to change the name of the art. As long as they got rid of the Chinese part, they thought that the art would catch on.

But what should they name it?

The answer turned out to be right in the name itself. Japanese characters can be pronounced more than one way. The character for Chinese “Tou” could also be pronounced “Kara”. So, instead of calling it Tou, they switched the pronunciation to Kara.

To further distinguish it, they replaced the original character with another character that could also be pronounced “Kara.” But, what does the Japanese word “Kara” mean? If you remember, we just mentioned it when we talked about the literal meaning of Karate in Japanese. “Kara” means “empty,” effectively changing the name from “Chinese Hand” to “Empty Hand.”

The name “Empty Hand” also helped to promote the art’s popularity. Modern Japanese culture has a zen way of thinking and the idea of empty hand fit right in with that connotation.

It was at this time also that they added the suffix “do” to the end. “Do” literally means “way” or “path” in Japanese. This addition was meant to imply that Karate is more than just a method of self-defense, but rather a way of life. Practitioners are meant to push themselves to exceed their own expectations, competing and excelling against themselves.

The point was to help promote the sport as a way of life. Married with the Japanese idea of striving to improve oneself, Karate moved from being just about self-protection to becoming self-perfection.

It definitely worked, because Karate not only spread through Japan but also throughout the world shortly after. Even so, in popular vernacular in the West it is not always called Karate-do, but usually just Karate.

Karate might have gotten its name less than one hundred years ago, but practitioners are joining a centuries-old tradition nonetheless. They are learning the Way of the Empty Hand. They are learning how to defend themselves against attackers when they have no weapons at their disposal. And they are learning a way of life, discipline, strength, and honor that has been passed down through the centuries.

It’s quite an exciting ride, at least those of here at The Karate Blog think so.

Interested in learning more about Karate besides the physical aspects of the sport? Check out our post detailing 10 famous karate quotes and top 50 martial arts quotes!