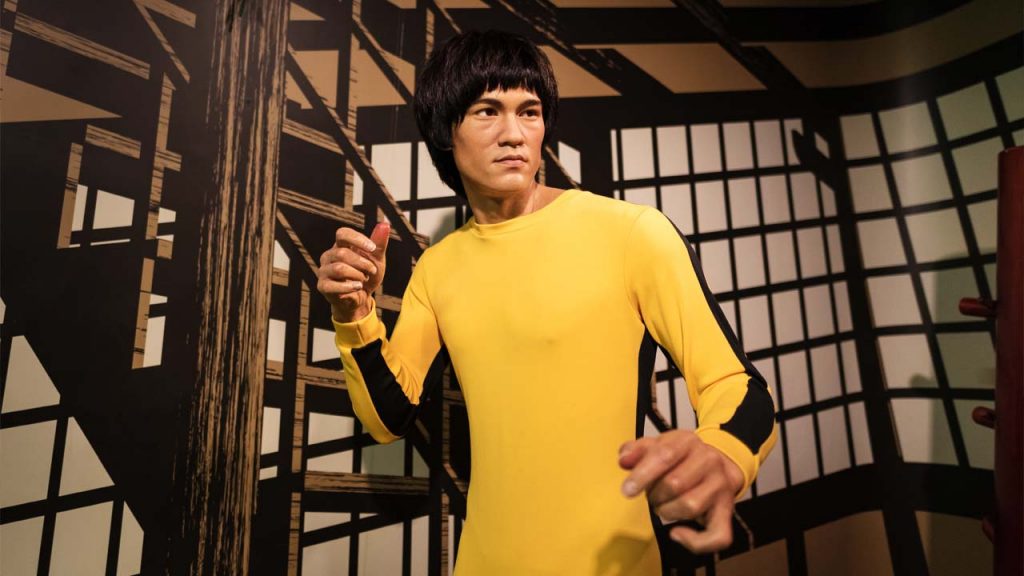 Movies can influence viewers, but good movies leave a lasting impact. It is rare to find a movie fan that does not like martial art movies. In this post, we list out the best karate movies that will remain memorable for ages to come.

Of course, the cinematic universe is very diverse and while Hollywood reigns supreme, it is far from the only one. We look far and wide across geographies, deep into the wells of the internet, and across the decades to list out the top 10 best karate films that are a must-watch.

Nobody can deny the role that Bruce Lee played in popularizing Karate outside of the “far East.” Due to his untimely death right around the time of this movie, the clamour for a ticket was unrivaled. Enter the Dragon is certain to be found in every karate movies list. It has been often heralded as one of the greatest martial arts films of all time.

Bruce Lee plays a martial arts instructor who was asked for his help by the British Intelligence in capturing a crime lord. Full of superbly choreographed action sequences, this is also a movie that is artistically great as well.

A self-professed fan of Bruce Lee, Jackie Chan has carved out his own path in the East and the West. Having acted in over 150 films, Chan has dedicated his life to bringing martial arts on the silver screen, breaking bones and seriously hurting himself many times over in the process.

In this movie, Chan plays the young son of a wealthy businessman who does not take life seriously. To discipline him, his father sends him for training under a master who is an expert in the very specialized form of drunken fighting. This was the movie that set the tone for almost all of Chan’s 80s karate movies – comedy mixed with action in equal amounts.

This masterpiece by an acclaimed director – Ang Lee – was a testament to the growing popularity of eastern martial arts in Hollywood. Based on a novel, this multinational collaboration has won many awards across the world and has received critical acclaim.

A story of love, loyalty, and integrity between martial artists set in the early 18th century, the movie starred Chow Yun Fat as the hero and Michelle Yeoh as his love interest. Unable to profess their love for each other, their paths diverge in search of the famed sword, “Green Destiny.” By the time they finally meet and reveal their true emotions, it is too late.

As classics go, this Akira Kurosawa masterpiece is as good as it gets. So loved is the movie that when it was re-released almost fifty years later, it raked in just a little under a million dollars! All the more stunning considering the fact that it had a running length of more than three hours.

This story about a bunch of unlikely Samurai coming together to defend a village from bandits planning to raid holds an approval rating of 100% on Rotten Tomatoes. So powerful is the story that even the streaming-era hotshots have paid their homage.

Just like martial arts, good karate movies are not limited to the Far East or the West. Coming from Thailand, this Tony Jaa movie about the descendant of a royal security family searching for his pet elephants made waves all over the world. As Wikipedia says, “Kham is the last of a family line of guards who once watched over the King of Thailand’s war elephants.”

To focus on action, the story was simple and straightforward: poachers kidnapped Kham’s pet elephants, and he must find them. This gave it enough leeway to focus on superbly choreographed set-pieces.

A testament to this is the almost 24 million views of a video on YouTube which shows a 4-minute long, single-take action sequence. Even the harshest critics of the movie admitted that it was refreshing to see a single martial arts form (Muay Thai) go head-to-head against various other art forms like Capoeira, Wushu, and plain old brute force.

Not to be outdone, this Indonesian “full-on” action movie first premiered at the Toronto International Film Festival and went on to win international accolades. Similar to Tom Yum Goong, the movie had unparalleled action choreography.

Iko Uwais plays a Special Forces agent Rama who is involved in the raid of an apartment complex owned by a drug lord and inhabited by drug addicts. Trapped in the building full of armed criminals, Rama must protect himself and his colleagues while fulfilling a promise made to his father.

Revenge is a dish that is best served cold – some people like this goofy movie and the sequel – many other people don’t because of how ridiculous it is. The controversial Quentin Tarantino, known for his bizarre and irrational movies, helms a saga of epic proportions where a pregnant bride was shot and left for dead just before her wedding. The master auteur is known for having heavy twists and turns with a heady mix of subplots while weaving stories inside stories.

Kill Bill is no exception. Uma Thurman plays the bride who was left for dead but unbeknownst to her shooters, she remains comatose instead of losing her life. How she picks herself up and trains and re-trains in the martial arts in pursuit of her killers makes for an unforgettable story.

Fantasy has been intricately entwined with a man for as long as he has lived. Directed by the famed Wachowskis, and possibly the best 90s karate movie, The Matrix has become a cult not just because of its theme of pitting machines against humans, but also because of action sequences that were full of technical wizardry seen never before.

Too bad Matrix 2 and 3 were not that impressive and the ending of the third was incredibly disappointing. Most people still don’t know how the world in this movie came about.

The internet’s darling Keanu Reeves plays Neo, the “chosen one” who, according to a prophecy, will liberate the humans. Machines have enslaved humans by keeping them hooked to a simulated reality to harvest human energy when solar energy was no longer accessible.

For a truly enjoyable cinematic experience, the audience must cultivate an ability to “suspend their disbelief” for any movie; be it a sophisticated movie that takes itself very seriously like The Matrix, or a ridiculously simple movie like Shaolin Soccer that unabashedly says from the get-go that it is purely for fun.

This story about redemption of an ex-soccer star that teams up with a Kung Fu master and brings together his former students in the process is a good watch to destress after a long day.

Everyone loves underdog stories and this movie is as underdog as it gets. An Indian movie designed from the start aimed at international audiences and film festivals rather than commercial success, Vasan Bala directs this story of a boy named Surya who has a condition due to which he cannot feel pain.

Growing up in an extremely protective environment to prevent health issues, Surya harbors a desire of winning a 100-man kumite like his hero – the one legged Karate Mani. This endearing story has been praised across the world, and justifiably so.