What is The Karate Uniform Called? Understanding The Gi 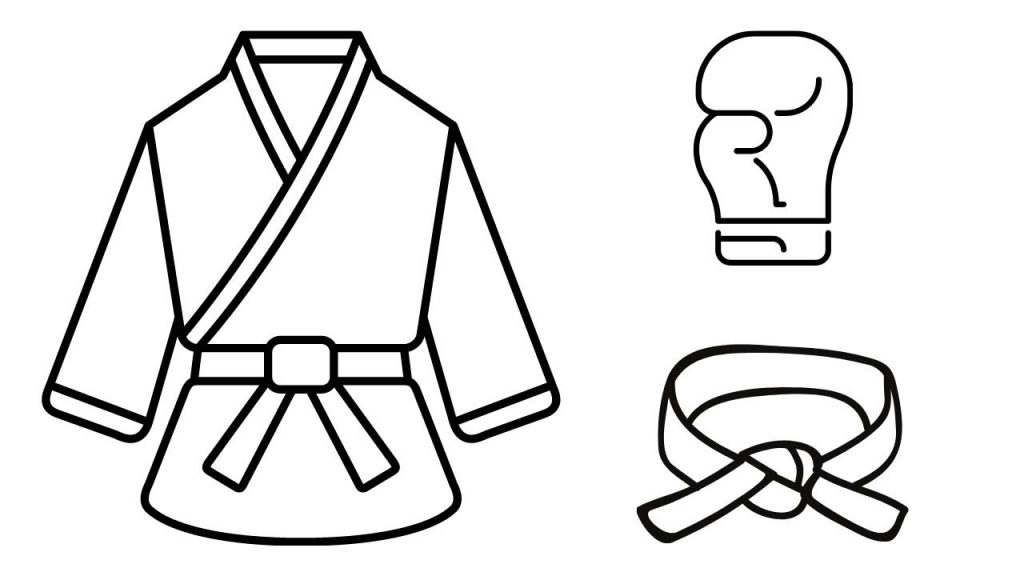 Karate is an ancient form of Martial arts that is practiced by people across the globe. In a bid to gain wisdom and inner peace, Karate enthusiasts exhibit a balance of mind and body through a rigorous training process.

However, learning the fighting techniques of karate is not the only important thing. You must have a comprehensive idea about everything that Karate incorporates, even the uniform.

In this blog, I will be explaining everything about the Karate uniform in detail – from its name to its significance for those practicing. So, let’s dive right in!

What is The Karate Uniform Called?

The karate uniform is called a Gi (pronounced ghee). It’s also common practice to call the gi you practice karate in a Karategi (空手着 or 空手衣). The gi and its variations are also used in other Japanese martial arts like Judo and Jiu-jitsu.

What is Karate Gi?

Karate Gi is a shortened form of the more traditional terms dogi or keikogi. Translated from Japanese, dog means “the cloth of the way” and keikogi means “the cloth of practice”. Both terms refer to the core central tenets of karate and how it is viewed as a way of life much more than just a system of combat.

It’s usually made from pure cotton and can be varying in thickness. In modern karate schools, students sometimes wear gi that is made from high-tech polyester, which is breathable and moisture-wicking. The breathable fabric is designed to provide comfort while practicing hand and leg movements.

Parts of the Karate Gi

The gi consists of three distinct components. The top or jacket is called the kimono, the pants are called the Zubon, and the belt is called the obi. All of these parts, especially the belt, hold special significance for a karate practitioner and are usually cleaned and maintained meticulously.

The Upper Uniform or Kimono

The jacket or kimono is made in a crossover fashion consisting of a V-shaped neck design. Generally, the Kimono is a pretty loose outfit so that it allows the practitioners to freely rotate their arms while throwing punches. The kimono has several parts, namely:

The Lower Part or Zubon

The zubon is the lower part of Karate uniform. Similar to the kimono, the Zubon is loose as well in order to allow practitioners a seamless movement of their legs while executing kicks. The Zubon has several parts, namely:

The pants have a drawstring-style closure traditionally. However, more and more manufacturers have started making pants with elastic closures for ease of use, especially in kids’ classes.

The Belt or Obi

The karate belt or obi is a pivotal part of the karate journey for any practitioner. Functionally, it keeps the gi ties securely during practice and helps keep things comfortable and flexible.

Learning to tie the belt properly is an important accomplishment in karate. The physical act of tying the belt in the traditional way corresponds with many of the philosophical teachings of karate, and becomes a symbol of the life lessons that are imparted by the art.

Depending upon how long you are practicing and the rank you are at, the color of the obi changes. For a beginner, it is white while for an expert it is black.

The Cut of Karate Gi

It is common to find different cuts of the gi on the market.

The traditional Japanese cut makes use of short sleeves and pant legs to offer the least restriction on movement while also having a long lapel that remains securely under the belt.

The Kata cut is a rare cut that has shorter sleeves for better aesthetics when practitioners are showing off their Kata skills. Lastly, the European cut has a shorter lapel and long sleeves, and pant legs.

Now that you know all there is to know about the karate uniform name, and how it is a central part of the karate learning experience, you can start thinking about getting your own and signing up for karate classes.

Knowing in detail about the karate uniform can give you a concrete idea of its importance and significance in the karate learning journey, and allow you to develop respect and fascination for the uniform as well as the martial art.