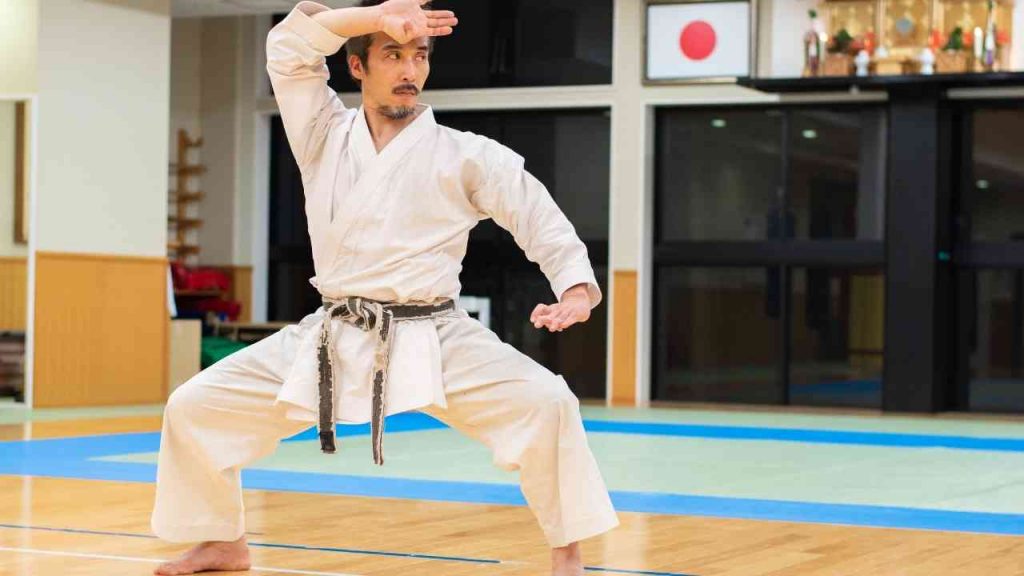 The history of martial arts in Japan stretches back thousands of years. Japanese warriors started practising them, but in the modern world, they continue to evolve with new meanings for our society. It is beautifully preserving those Bushido virtues we should all strive towards.

Many martial arts don’t utilize weapons. Although weapons are sometimes used in training, it is more focused on various philosophical techniques such as locks, kicks, punches, and throws that are used to defeat opponents

Jujutsu is an ancient Japanese martial art and method of fighting with few or no weapons to subdue your opponent into submission by using holds, throws and paralyzing blows, all while employing , it is pretty much like it’s another form called Judo. It evolved among warrior classes during 17th century Japan.

Jujutsu was a necessary art when any fighting could be an option for one side. Utilizing techniques such as hitting, kicking and kneeing to make your opponent disable from hurting is what JuJutsu concentrated on.

It’s also centralized around the meaning ‘gentle’, which can mean bending but here it has more specific meaning referring back towards soften instead. It is both physically through movement (softening up defences) and emotionally by letting yourself go under pressure so that you’re less able to target accurately when needed most.

Judo is derived from Jujutsu. It was created by Professor Jigoro Kano and named Judo because it means “gentle or yielding way” in Japanese.

Kano developed Judo as a way to incorporate spiritual values into martial arts. His concept was that by training in this gentle art, one could also improve his physical skills and techniques while maintaining an effective mindset for combat.

Judo, once a rare sport in Japan, is now practised by many. It focuses on full throws and submissions that place your opponent to the ground while avoiding injury yourself! Police departments all over this country have started using Judo as part of their training programs because they know how valuable these skills can be when fighting another person who may overpower you at first glance.

Karate is perhaps the most iconic and one of the best Japanese martial arts.

Karate was first introduced in Okinawa during its early days as a Chinese trading colony, absorbing many styles and techniques from Chinese kung fu which has some similarities with Japanese Kung fu too. This distinct style soon emerged in mainland Japan.

It became popularized under different names such as “kare-togiate” (empty hand). Karate is a slow-motion martial art based on countering an opponent’s weakness by using fast movements combined with short-range attacks or blocks. It translates directly into English as “the way of empty hands.”

Karate is a type of martial art that trains people to be better fighters. It has helped many superstars, including VV Mei Yamaguchi and Hiroaki Suzuki-san, both are famous for fighting.

As opposed to maiming/killing, this method is intended to counter the strengths of the opponent by subduing them and turning them against themselves. However, many movements still allow one person to control another without any physical harm coming into play.

Aikido’s fighting style is primarily about attaining a higher level of control over one’s mind and body to master an opponent’s attack. As in other Japanese hand to hand combat sports, it develops courtesy among practitioners with respect for your partner on the mat as well as opponents outside its walls.

Tomiki Kenji, a student of Ueshiba’s, developed a competition-style (known as Tomiki Aikido) that incorporates many techniques from aikido. One competitor attempts to score points by swiftly touching another with their knife, and the other tries not to be touched or disarm them; both are armed with rubber knives that can only cut when struck upon cymbals.

Sumo is the national sport of Japan and a form of wrestling. Wrestlers who first exit the ring or touch any part of their bodies besides their soles lose. The matches are held on a clay ring, surrounded by sand and covered in clay. Contests usually last a few seconds, but can sometimes last a long time.

Sumo wrestlers are not restricted by weight or classes, so they can easily face someone many times their size in matches. Hence, weight gain plays an important role in sumo training.

Japan’s samurai era paved the way for weapon-based martial arts. A variety of weapons that are modified to suit the training needs of students are often used in these activities today, as well as specific weapons.

Kendo is a martial art that focuses on the use of bamboo swords called shinai. Samurai initially used it, hence its name meaning “the way of sword.” The sport involves athletes wearing protective gear and helmets to avoid injury as they aim for strikes against one guarded area (head/torso), resulting in points being awarded, making Kendo extremely fast-paced.

Besides being a physical sport, Kendo is also a mental sport. To show that they are mentally and physically balanced, practitioners shout “kiai” when they strike to demonstrate their spiritual balance.

In Kendo, every movement has its own set of rules due to its strictness and discipline. Every step has its name. Students’ etiquette and discipline skills when facing an opponent can also be applied in their daily lives.

The word “naginata” is used both for martial arts and as a weapon. Matches would resemble Kendo; however, the way the weapon is used means it can be wielded like a sword. In naginata swords, a blade is attached to a long pole, allowing the warrior to strike at long range from difficult positions, such as on horseback.

In Naginata, martial artists focus on improving their reaction times and balance, and the fundamentals of posture and Kiai are crucial. In the Edo period, different schools began to be established, and specific techniques changed and developed with the naginata weapon.

Ranking in Nagata is based on the Kyu and Dan systems, and determining each student’s level is done differently at each school.

Kyudo, also known as “the way of the bow,” is a highly sophisticated martial art that requires patience and discipline.

Japan’s archery tradition dates back to the 14th century, when it was used for combat and spiritual training. The bow became an essential part of Japanese culture because it requires focus and good hand-eye coordination while trying not to damage your target or miss them entirely by accident! Traditional kyudo schools like Chuo Dai Hohone have been around since 1874.

Kyudo is a martial art in which the bow used for practice provides its beautiful design. It’s different from Western bows and allows people of varying physical strengths to compete fairly, with demonstrations still being held today. Students can gain ranks up through dan level tests that are very elaborate with many ceremonies but notoriously difficult because they often last eight hours or more.

In the Okinawan language, Kobudo means “ancient way of fighting.” It was developed as a martial art during the Japanese occupation of Okinawa when the Satsuma Samurai forbade the use of weapons and martial arts.

The Okinawans trained in secret and used everyday tools as weapons. It was not uncommon for them to make weapons from virtually anything, including household items and farm tools. Ancient Okinawan warrior weapons and practices have been mainly forgotten. Within the Kokusai Rengokai system, students learn to use traditional Okinawan weapons.

This martial arts style focuses on developing skills for katana and breathing, flexibility, control of strength, and stress. It is a sword-based martial art combining Japanese and Korean traditions. It is not a sparring technique like Kendo. It is more like Iaido in that the student is taught how to draw, sheathe, and cut a katana.

Several Japanese sword forms like Toyama-Ryu and Nakamura-Ryu and Korean sword forms such as Chosun Sebup and Bonguk Geombup underlie Siljun Dobup. It differs from many forms of Iaido. The student starts from a kneeling position, as Siljun Dobup mainly begins in a neutral standing position, making it easy for students of all ages to practice.

The training of siljun begins with wooden “practice” swords (bokken), then graduates to blunted steel swords once the student has demonstrated proficiency in sword safety and basic movements. Students who have sufficiently mastered the practice sword purchase a chicken (sharp steel sword) and practice cutting techniques on tatami mats during an exercise called “tameshigiri”.

Even though martial arts were traditionally used for fighting in Japan, they are now practised as an educational or self-defence tool. A practitioner tries to gain a deep understanding of the martial art they practice and focuses on improving themselves in all areas such as spirituality, mental development, and physical development.

Martial arts have flourished for centuries because of this dedication to the betterment of mind and spirit and will continue to do so. You can still find martial arts tournaments in Japan, so check one out when you can!