4 Best Karate Schools in The World 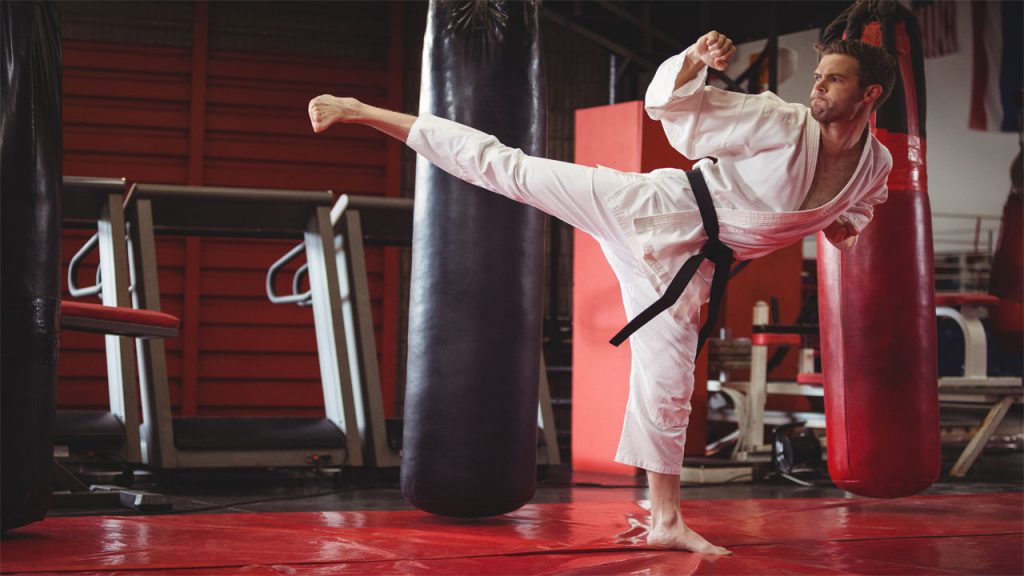 Learning karate can be an intense rewarding experience focusing on the all-around development of the body and mind and rich philosophical underpinnings.

It can help you improve your fitness and health, master the art of striking offense and defense, and put you in a position where you can take care of yourself when faced with real-life combat or self-defense scenarios.

However, you need to choose wisely when it comes to the right place to learn karate. Learning at a reputed karate school from a seasoned and skilled sensei has no parallels in the world of karate just like living in a state that respects freedom compared to a lockdown state has no parallel either. No matter where you are, you need to find the best karate schools in the area and make an informed, insightful choice about where to sign up.

Here are some of the best karate schools in the world for you to consider.

Founded in 1988, the Academy of Classical Karate in Texas is one of the top-rated karate schools in the USA with several programs for kids, adults, and competitive karate practitioners. The school focuses on Wado Ryu karate, a sub-discipline created by master Hironori Otsuka and carried forward by Professor Tatsuo Suzuki who held the highest skill grade in Wado Ryu karate.

It is significant that the chief instructor of this academy, sensei Brody Burns, has been a direct student of Professor Suzuki and is presently the Chairman of the Board of Directors for the American branch of the Wado International Karate-do Foundation. Academy of Classical Karate has a dedicated competition wing: WIKF Texas coached and managed by sensei Burns.

Sensei Burns is also the Director of Tournament Operations for USA Karate, the governing body that oversees all competitive karate events in the USA. The Academy has comprehensive programs with introductory classes for kids from age 4 going up to adult classes separated into different skill levels.

For those willing to build their skills for competitive events, the Academy of Classic Karate can be a great place with its close links to both WIKF USA and USA Karate. In fact, many students from the Academy regularly take part in local, national, and global competitions and have won many accolades in the past. Overall, this is one of the best karate schools to consider if you live in the USA.

For four decades, Northern Karate Schools has been the focal point of karate training in Canada. Established in 1972 by one of the most respected exponents of karate, master Cezar Borkowski, a 9th degree black belt, this school currently has multiple training locations in Canada. It also operates in several international locations.

The school has received many awards over the years and has been featured repeatedly in national and international media. Currently, it is helmed by National Director Cezar Borkowski and managed by more than a hundred skilled and experienced karate masters with excellent teaching credentials. The focus of the institute is to teach the intricacies of karate while also providing students important moral lessons and life skills.

The programs are varied and tailored for different age groups, ranging from children from 3 years of age to seniors above 70 years. It is also closely aligned with one of the most prestigious multi-discipline martial arts organizations in the world, the World Kobudo Foundation.

One of the most interesting aspects of this school is the wide range of programs on offer. Apart from starter karate programs for all ages, the school also operates a dedicated program for black belt aspirants that really gets into the nitty-gritty of the discipline.

Apart from these programs, the school also regularly organizes camps, seminars, anti-bullying classes, real-world self-defense training programs, traditional karate weapons training, and several fitness and yoga classes. This can be a great place to learn karate in its modern incarnation.

The Budokwai is one of the most prestigious martial arts clubs in Europe and the oldest. It has been in operation for over a century and has been the home for many celebrated masters of Japanese martial arts who have learned or taught there, including many recipients of Olympics medals.

Founded in 1918, The Budokwai began mainly as a Judo club started by Gunji Koizumi who brought the Japanese disciplines of jiujitsu and kenjitsu to the UK. Over time, The Bodukwai has also become a prime place to learn a variety of Japanese martial arts disciplines, including Shotokan karate, aikido, and Brazilian jiujitsu.

The school started its association with karate in the 1960s, with an association with the Japan Karate Association and helped along by legendary exponents of the art like Keinosuke Enoeda and Hirokazu Kanazawa.

The classes are separated by age and skill levels. There is a program for children starting from age 6 and a beginners’ course in Shotokan karate starting from age 12. For dedicated students striving for excellence and participation in competitive events, they have intermediate and advanced classes that are meant to teach the nuances of Shotokan karate and lead towards a black belt.

The karate classes are overseen by the experienced sensei Yoshinobu Ohta, a 7th degree black belt in Shotokan karate with decades of teaching experience. He is ably supported by sensei Sue Waghman and sensei Jason Ramsay, who have a combined experience of more than six decades in karate. The Budokwai still holds its place as the most prestigious martial arts schools in Europe and sets a very high standard.

For people really looking to immerse themselves in Japanese culture and learn karate where it originated for the full, unadulterated experience, the Japan Karate Association is the place to be and don’t worry – you don’t have to know how to drift a car in street racing like they depicted in Fast and Furious Tokyo Drift.

It was founded in 1948 (long before the NFL started to help the Patriots win championships) by the followers of master Funakoshi Gichin, one of the most revered masters of karate in the world. Over the years, it has grown to become a large, multifaceted organization dedicated to the preservation, development, and education of karate in Japan and all over the world.

The association has strived to retain the traditional roots of karate in its purest form while also putting together a fully structured curriculum that standardizes training to a great degree. It has several programs in place for children, beginners, intermediate and advanced practitioners, and those looking to participate in competitive events and earn black belts.

An interesting feature of the school is that all the master instructors are full-time salaried professionals. The school also operates a full-time specialist instructor training program. This is an excellent opportunity for skilled students who aspire to eventually become karate teachers to develop their teaching skills with a fully certified training program. They also operate a strict ranking system where every step is associated with multiple criteria.

If you are a karate enthusiast, it can really arouse your interest to know that world-class karate training can be enjoyed in most places in the world. The popularity of karate is global in nature and has inspired the founding of quality karate schools all over the world. You are very likely to find a great school wherever you are and the above schools are the best to exist, with rich histories and the association of legendary karate masters.

No matter where you are, it only takes a little research to access quality karate education. Choose the right school and you will be on your way to gaining skill and proficiency in this much-respected discipline.

The Most Comprehensive Dojo Etiquette