Boxing vs MMA – Which Style is More Effective? 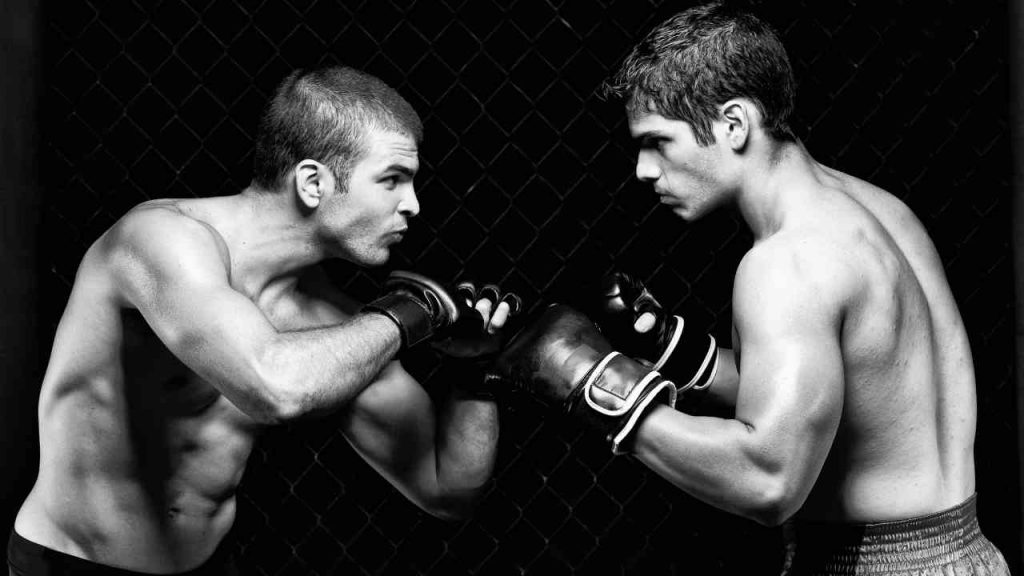 Boxing is perhaps the most known form of combat sports. It involves two people who throw punches at each other for a determined amount of time. They use protective gear such as gloves, wraps and mouthguards.

The world of boxing has witnessed historical matches and legendary fighters. It also boasts a rich history as it can be traced back to ancient Greece. Boxing is often referred to as the “manly art of self-defense”.

MMA or Mixed Martial Arts is continuing to grow around the world. But, what most people fail to understand is that it’s not just another form of training. It is a full-contact combat sport which includes strikes, grapples and fighting on the ground.

MMA enjoys a special place in the world of combat sports. This is because it seeks to incorporate techniques from boxing, kickboxing and variegated martial arts. Of course, not all forms of martial arts prove to be helpful in a cage. Therefore, practices of Muay Thai or Brazilian Jiu Jitsu are the ones, which the fighters tend to rely upon.

What’s The Difference Between MMA and Boxing?

Both of these are combat sports but have widely different rules and applications. I have constructed a table to clarify the differences.

Boxing vs MMA: Which style is more effective?

As I mentioned earlier, the popularity of both of these sports are on the rise. This gives rise to a question as to which one is more effective. The truth is that there cannot be one answer to this question. Both of these can prove to be helpful and it all depends on what you are trying to achieve.

There are also pros and cons to training in both of them. People who wish to become more well-rounded fighters tend to go for MMA. This is because MMA involves holistic training whereas boxing is more focused. Boxing, on the other hand, can teach you the proper foot and head movement. They prove to be instrumental in a situation of self-defence because most fights start standing up. Boxing has been extensively explored throughout history where even MMA fighters have learned the techniques.

Boxing vs MMA: Which is better for self-defense?

Many people wish to learn these sports to master the art of self-defense. I have to say that both of these would prove to be helpful in self-defense situations. Let us see how these would hold up one by one.

Boxing would help to prepare you for stand up situations. This is because boxing focuses on spacing between your opponent. Since most fights take place standing up, boxing would help to protect yourself from attacks. Another thing we should realise is that boxing also focuses on timing and reading your opponent. It arms you for making the right split second decisions and prevents you from blows.

But, there are times when the fights get to the ground. In this situation, any of the techniques of boxing becomes almost useless. MMA can be regarded as the sport, which can adapt to all conditions and situations. This is also because of the training that people undergo for MMA. They constantly get dealt with punches, kicks and takedowns. So, if you get taken down while training for MMA, you are still trained for punches, kicks and knees.

Boxing is for the purists. I am not saying that boxing will not help in a self-defense situation. But, a street fight does not conform to the rules of a game. They have the tendency to get out of hand. Training for MMA will give you a better arsenal to prepare for a street situation. Therefore, if your goal is to win a street fight, MMA will prove to be the best option.

So, if you’re someone who is preparing for a self-defense situation, then your best bet is MMA. Try to join an MMA gym, with combinations of Muay Thai, Brazilian Jiu Jitsu and Boxing. This will allow you to prepare for all situations.

Boxing vs MMA: Which is easier to learn?

Now, people should try to understand that learning any combat sport is not going to be easy. And this is true for boxing and MMA. Both of these require strict regimens and skill sets to learn and master. But, what you should realise is that learning a combat sport will prove to be helpful to you in many ways.

As I said earlier, MMA involves training for standup and ground fighting. Therefore, the training for the same is vast. This is because you need to learn the strikes, kicks and submissions. You also need to learn how to properly defend yourself against these attacks.

Boxing proves to be easier when compared to MMA. This is because boxing focuses strictly on your hands. In boxing, you need to learn how to defend against strikes. This is done through bobbing and weaving.

Boxing also lays a lot of stress on foot movement. But, these techniques do not prove to be helpful when you involve kicks and takedowns. One of the biggest challenges of boxing is that half of your body is left ignored. In case of any strikes to these parts, you will be left undefended. Every intelligent MMA fighter would take advantage of these weaknesses.

Boxing vs MMA: Which is better for fitness?

At the risk of sounding like a broken record, both of these sports prove to be excellent for fitness. They tend to increase your core strength, conditioning and cardiovascular strength. Although it depends on what kind of training you’re undertaking as most of them involve the mix of training and technique.

It is seen that boxers have a lot more stamina. This is because they engage in 10-12 rounds which are 3 minutes each. But, MMA only has 3 rounds with each round worth 5 minutes. So, we can say that MMA is more of a “short burst”. But, boxers are conditioned to last longer because they do not have to feel the weight of the opponent. This usually happens during grappling in MMA.

There are also people who are in the game for losing weight. You can also try doing something like a cardio kickboxing class. Hard Jiu-Jitsu rolling sessions can also prove to be a great workout. But, be sure that if you do any of these combat sports, it is not hard to find yourself sweating after the workout.

Some of the people do not get a good workout while training for boxing or MMA. If that’s the case, you need to change your gyms. This is because combat sports is one of the most gruelling exercises, which is bound to drain your energy. It will never happen that you will walk out of the gym with a dry shirt.

Boxing vs MMA: Which one should you go for?

I must say that both of these combat sports share a lot of similarities. But, they are vastly different in their own sense. Selecting the right sport for you can prove to be difficult. Therefore, the best way to arrive at this decision is to look at your motivations.

Are you someone who wishes to master the art of punching? Then, boxing will prove to be the best regimen for your wants. You can also be the person who wants to add kicks, grappling to your tool-kit. In such a case, MMA will be the perfect combat sport for your needs.

There are people who are trying to find out the best fighting style suited for them. To find it out, it is better that you learn as many martial arts as you can. This will make you a well-rounded fighter and will help to find what suits you the best.

If your goal is to become an MMA fighter, it is better that you start your training at the earliest for the same. They will teach you everything – punching, kicking, grappling and various locks. MMA has the potential to make you into a well-rounded fighter. This is the fighter who can act and defend himself in any situation or condition.

The truth is: there cannot be a specific answer to this question. The best advice is to follow your heart and your motivations for learning. Try to give martial arts a try. People think that maybe it’s too late for them to start their training. But that is simply not true. Remember: it’s never too late.

I wish you the best on your journey to becoming the ultimate fighter.  For more such informative blogs, don’t forget to check out our website!