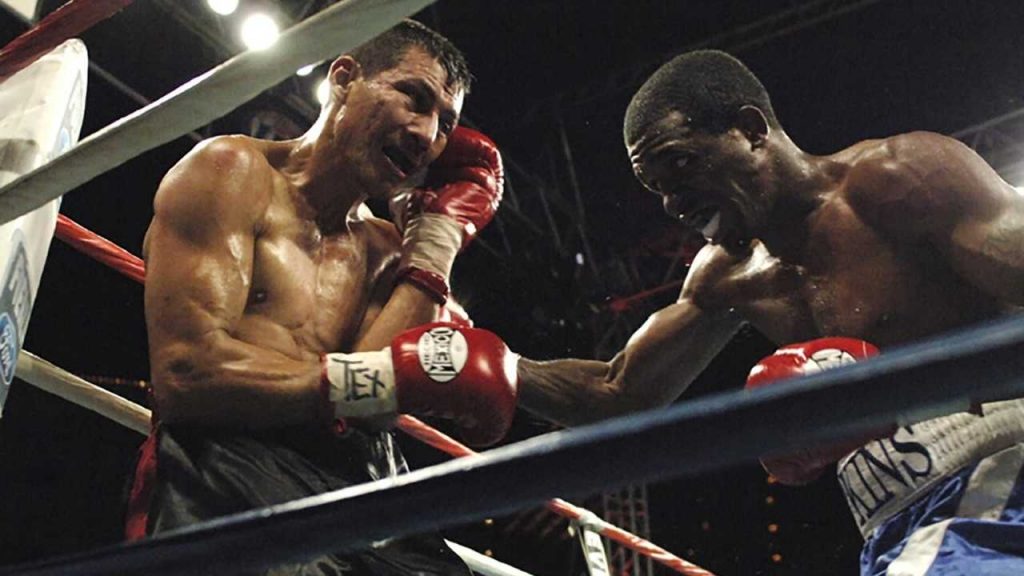 Boxing is one of the world’s oldest martial arts, dating back to ancient civilizations. Gloves, a groin guard, a mouth guard, and boxing shorts are the uniforms fighters wear when stepping into the modern boxing ring. But this attire has nothing to do with the origins of this sport.

When the sport originated, there was a limited set of rules and no official sports apparel. The warriors often stepped into the ring or the arena bare-knuckled. In some cases, they’d be fist wrapped but fought until there was a knockout or someone accepted defeat.

In ancient times, boxing was a combat sport with little regard for health and safety. In Roman times, the sport became so ruthless that face disfigurement and death were common. Let’s delve a little deeper into the world of boxing history.

When Was Boxing Invented?

The first evidence of boxing goes back to 3000 BC. Egypt was the first civilization to come up with this sport. Drawings discovered in the tombs depict two men throwing fists at each other.

Boxing was heavily promoted throughout the Egyptian empire and organized by royalties. The sports began with music and dancing before the fighters stepped into the ring bare-knuckled.

Some researchers even say that the Egyptians used to arrange boxing events for special occasions only.

The ancient Egyptians had training camps or fight camps. Proof of this was discovered in one of the oldest temples, Beni Hasan. It contains the world’s most detailed training manual.

Strength, speed, agility, and durability were key elements for a boxer. The Egyptians used to train every day to prepare themselves for the fight.

The Evolution of Boxing

Even though boxing is a spectator sport enjoyed since the beginning of society, it was different from what we see today.

In ancient times, this sport had a few rules and was considered an even more brutal event. Here are some of the traditions of ancient boxing:

1. For protection, fighters would wrap their knuckles and wrists in leather strips, leaving the fingers free.

2. There was no time limit and no rounds. Fighters fought until one of them emerged victorious.

3. There was no proper boxing ring. A dedicated area was assigned for the fights which were typically held outside in the hot sun.

4. Clinching was not allowed.

5. Fighters were allowed to strike their opponents in any way with their hands.

6. There was no weight class, and fighters were selected at random.

7. There was no rule preventing a fighter from striking his opponent when he was down on the ground.

8. Referees/judges would discipline the fighters if necessary by whipping them.

9. There were no boxing promoters or managers at the time.

10. There was no scoring system.

11. There were no head guards or mouth guards.

Ancient Egyptian, Greek, and Roman boxing had similar rules and traditions with a few differences.

The Egyptian boxers fought bare-knuckled or with wrapped fists, as illustrated in some drawings. The Egyptians did not have a proper boxing ring. They marked a dedicated area in the sand inside which the boxers fought under the extremely hot sun.

Greek boxing evolved in different stages. In the beginning, two men sat down facing each other and exchanged blows until one of them died. Later they adopted the standing position with their hands wrapped with sharp edges to cut the opponent’s face and make him bleed. The Greeks also boxed naked.

Roman boxing was brutal because their wraps were even more lethal than the Greeks. As a method of inflicting excessive harm on the opponent, Roman boxers usually attached lead or iron studs to their leather hand wraps.

It usually led to the death of one of the fighters because these wraps were sharp enough to stab the fighter, causing severe bodily harm. The primary aim of the Roman boxers was to kill their opponent. Their ring was the arena.

In 16th century England, bare-knuckle boxing became famous. The boxers were referred to as prizefighters because they participated for cash prizes and other items. The wealthy would also place bets on fighters and become a means to settle disputes.

There was no proper ring. The spectators would hurdle around the fighters creating a sort of makeshift ring. In some events, the fighters would step into a box, but it was not the official boxing ring as seen today.

In 1743, Jack Broughton, the first bare-knuckle boxing champion, introduced the sport’s first rules. These helped to protect prizefighters from harm. Deaths occur in boxing, and Jack’s main aim was to prevent this from happening.

1. 30-second rule stopping the match if the fighter could not get up within this time.

2. A prohibition from hitting the opponent on the ground.

3. Grabbing the opponent below the waist was prohibited.

4. Encouraged the use of mufflers which were a form of padded gloves.

5. No headbutting, eye gouging, or choking.

The Marquess of Queensberry Rules

The Marquess of Queensberry Rules was created by John Chambers in the mid-1800. The rule set is mostly followed in today’s boxing events.

Evidence pointed out that ancient Greeks practiced boxing as a sport and also introduced it in their Olympics. It was the first time boxing was officially introduced as a sport.

Many historians have discovered ancient boxing history with drawings in tombs. They showed two people facing each other with their fists drawn or in a striking pose. An Egyptian sculpture was uncovered in 1350 BC as the first proof of boxing.

When the Romans took over Greece, they adopted their sports, and boxing was one of them. It became a popular sport but was barbaric and banned in 393 AD. It wouldn’t resurface as a popular sport until many centuries later.

In the 16th century, boxing emerged in England and became a cash-prize betting sport. Bets would be placed on fighters, mostly by wealthy people.

Jack Broughton was the first bare-knuckled fighter to introduce some rules. These were to protect the fighters in this combat sport.

Mid-1800 – The Marquess Of Queensberry Rules

Moving into 19th-century boxing, the ABA governing body was founded in Britain in 1880. In 1881 it organized the first official amateur championships.

Boxing was introduced in the Olympics in the year 1904 in St. Louis, USA. Women’s boxing wouldn’t be added to the Olympics until 2012.

The NBA was the first sanctioned body to organize professional boxing bouts. Throughout the next couple of decades, boxing would start to gain both respect and popularity.

The rules of boxing have been tweaked over the years but the last major change occurred in 1988. This was when the IBF became the last sanctioning body to move to 12-round fights. It ended the tradition of brutal 15-round fights.

Greece was the first civilization to bring boxing into the Olympics as a formal event in the 23rd Olympiad (688 BCE).

2. There was no ring in ancient boxing

There was no official boxing ring. Heat and bright sunlight made the contests more challenging since they were held outdoors.

3. Greeks used to box while sitting

It was common practice in ancient Greece for two men to sit face-to-face, their fists tightly wrapped in strips of hard leather. They would strike each other with their fists till one of them went down or died in the fight. It was later they began boxing standing up.

5. The Greeks boxed naked for Zeus

It was normal for Greek athletes to be naked in various sporting events, including boxing. Their goal was to showcase their physical power and muscular physique to Zeus.

6. Mouthguard was invented by a dentist

The first mouthguard for boxers was invented in 1902 by a London dentist, Jack Marles.

7. Boxing gloves can be more dangerous than bare knuckles

Boxing gloves were to protect the hands and face, but they turned out to be more dangerous compared to bare knuckles. With bare knuckle fighting, boxers aimed for their opponent’s soft spots to avoid injuring their hand. Wearing gloves increases their chances of hitting their opponents in the head which could result in brain damage.

Wilfred Benitez was the world’s youngest boxing champion at the age of 17, winning the lightweight title in March 1976.

9. Raising the finger was the equivalent of throwing in the towel

In ancient boxing, fighters keep fighting until one of them raises an index finger as a signifier of defeat.

10. Fighters dropped to one knee

In Jack Boroughs 30 second rule, fighters came up with a clever way to escape from trouble and recover by dropping on one knee. It started the 30-second count giving the fighter enough time to regain his strength.

11. Fighters were selected at random

In ancient times there were no weight classes, the fighters who wanted to box were chosen at random. In such cases, it was not uncommon for a lightweight fighter to go up against a heavyweight.

Most of the bare-knuckled fighters were against Jack’s rules. Many were saying that it was unmanly and wanted to continue this sport as it was, especially excluding the 30-second rule count.

Why is boxing called boxing?

The word boxing has a historical meaning. It is derived from the term pugilism, which comes from the Latin word pugil. Pugil means a boxer, and pugilism is another word for boxing, referring to fist fights or bare-knuckle fighting.

In the modern day, the sport became famous by its English name, boxing.

Boxing as a sport originated in Egypt, as depicted in the 2000-year-old wall paintings. Ancient Greece and Rome also practiced boxing. Proof from Sumerian sculptures showed that boxing was also a sport practiced by them.

Even though Egyptians were the ones to first practice this sport, the Greeks were the ones who took boxing to a new height. This was done by including it in their Olympic games. The name of the person who invented boxing is still a mystery.

Where did boxing originate?

It is not 100% verified when and where exactly boxing originated. History suggests that boxing was a popular sport in many places around the world.

Diving into the historical documents, most of the proof pointed toward Egypt. They were the first civilization to evolve and practice boxing. In Egypt, 2000-year-old wall paintings revealed that boxing was famous, proving it may have originated in Egypt.

When did boxing become a sport?

Even though boxing started in the Egyptian era, it was a form of entertainment for the royalists. The Greeks were the ones to officially approve boxing as a sport, introducing it in their Olympics, followed by some rules. The first event took place on the 23rd Olympiad 688 BC.

The sport was considered so brutal at the time that in 393 AD, boxing was banned.

When did boxing come to the Olympics?

The Greeks legitimized boxing and allowed the sports to be a part of their Olympics in 688 BC. It was mostly bare-knuckle fighting and was banned for being too barbaric. Boxing was introduced to the modern Olympics in 1904 in St. Louis.