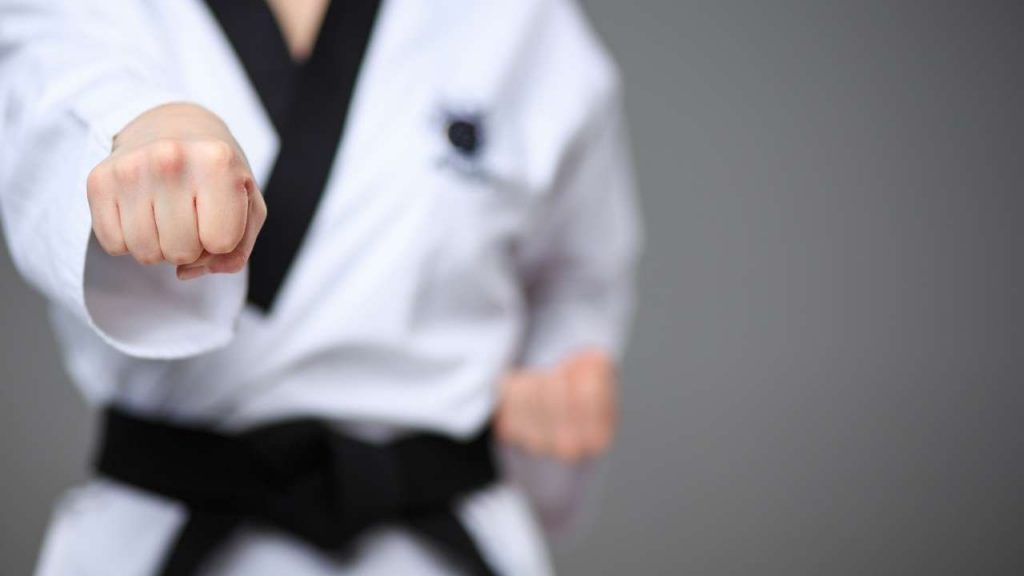 What did he say?!

Have you ever taken a Taekwondo class? The instructor might have sounded like he was speaking a foreign language at times.

Well, he probably was!

Taekwondo is a Korean art and, as such, most taekwondo schools use Korean words during class. This also standardizes things so that students from different countries can come together and train.

If you want to be able to keep up, you’ll need to know what these words mean. Check out this helpful list of Taekwondo terminology in both English and Korean.

Bet you didn’t know you’d have to learn to count all over again to go to Taekwondo class, did you? Well, if you want to know how many repetitions you’re doing, learning the numbers in Korean is a must.

The word for kick in Korean sounds like chagi (chah-gee). Thus, you’ll see this appear in all the kick names.

The kicks are a big deal in Taekwondo, but don’t underestimate blocks as well. It’s important to be able to protect yourself from incoming attacks. Check out this useful TKD terminology for various types of blocks.

Without proper stances and footwork, you’ll end up on the ground quickly. This is why the words for different stances are included in the basic taekwondo terminology you must learn at the beginning.

Curious to learn more about the various kicks in Taekwondo? Check out this post!

Hand strikes are other Taekwondo commands in Korean that you’ll often hear in the dojang. If you’re struggling to understand when you hear the command, you’ll miss your chance to take the shot so learn these words well!

You won’t hear anatomical words in Korean as often as some of the other tkd terminology we’ve covered. However, it’s important to learn these words as well to know what they mean when you hear them.

As will most martial arts, discipline and respect are a big part of learning Taekwondo. Following that idea, there are many respectful Korean taekwondo terms that all students of Taekwondo should learn.

No one will expect you to walk in speaking the correct taekwondo words. However, after a few weeks of attending classes, there are a few words that should be becoming familiar to you.

How many of these tkd terms did you already know? Probably not many unless you’ve already studied Taekwondo. While some karate terms have become well-known, taekwondo doesn’t enjoy the same fame in the West.

Let’s look at a few FAQs to understand more about taekwondo Korean terminology.

How do you write Tae Kwon Do in Korean characters?

What is a Taekwondo school called?

The word “dojo” might be more familiar to most westerners as the popularization of Karate made it a popular word in the West. However, the proper Korean word is Dojang.

What is a Taekwondo student called?

“Taekwondo-in” is the word used in general for Taekwondo students. They may also be called “hak saeng” or “jeja,” depending on the specific style of Taekwondo.

If you are addressing a senior student, call them “sonbaenim.”

What is a Taekwondo instructor called?

Sabom (sah-bom) is the proper term in Korean. Sensei is more popularly known in the West but it is a Japanese term used in Karate.

What should I say when bow/salute to a taekwondo teacher?

Taekwon. In fact, you can say this when you bow to anyone, whether an instructor or fellow student.

Avoid calling an instructor by their first name. Use “sir” or “ma’am” or “master” when appropriate. This includes when responding to questions (yes sir, instead of simply yes).

What’s the difference between baro and keuman in Taekwondo commands?

Baro means “return” while keuman means “stop.” However these taekwondo words often get confused because students hear them in the same context.

Take this example at the end of a form. The instructor may say baro because they want you to return to the starting position, which is typically a ready stance.

However, an instructor may also say keuman because you have reached the end and they want you to stop. The student will then return to a ready stance because that is what you do at the end of a form.

You can see how it gets confusing.