Put ’em Down! 7 Basic Karate Throws to Take Down Your Opponent Hard 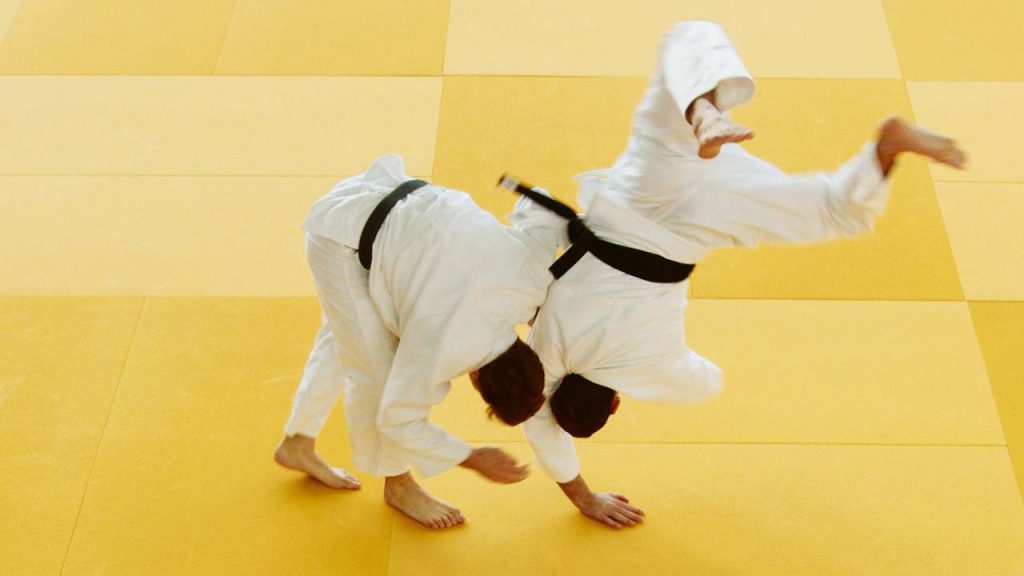 Who should end up on the ground in a fight? Does karate throws useful?

Martial artists who practice an art that includes a lot of grappling and ground fighting, such as Brazilian Jiu-Jitsu, often criticize Karate. They say the style is not complete because it doesn’t teach its practitioners how to defend themselves on the ground.

To that, any self-respecting karateka would say, “why would I want to be on the ground during a fight?” The person who ends up on the ground is usually the loser. A karateka’s goal is to put their opponent on the ground, preferably hard enough that they don’t get back up again anytime soon.

To do so, karatekas learn some pretty powerful takedown techniques. Check out these basic karate throws to take down your opponent hard and fast so you can get away.

Have you ever seen those folding screens commonly used in Japan to divide up rooms and spaces? That’s what a byobu is and “daoshi” means to topple over.

So, get ready to topple your opponent like a folding screen!

The technique seems simple enough. Start off by blocking a high punch with an open hand. Quickly twist your wrist and grasp your opponent’s wrist while stepping forward with an attack to your opponent’s throat.

Place your moving foot behind your opponent’s forward foot. They will move back as a result of your throat attack, conveniently tripping over your strategically placed foot. They will then easily topple over…like a folding screen.

Don’t be deceived, however, this technique takes practice to execute well without toppling yourself over!

How about letting your opponent throw themselves? It certainly makes things easier for you!

A correctly executed koma nage takes advantage of your opponent’s incoming momentum, sending him barrelling to the ground.

Begin by blocking your opponent’s middle punch with a dropping block from the outside. Grab the wrist and give it a strong pull towards your hip. Step forward to ground yourself and put pressure on your opponent’s elbow. This will cause them to spin around and plunge to the ground. In a real fight, you might consider striking the elbow hard enough to break it.

At first glance, this one seems like it requires a hefty amount of upper body strength in order to pull it off. However, when done correctly, you don’t actually need that much.

The movement begins with you facing your opponent. Grab their shoulder or torso and take a small step back to unbalance them. Quickly turn around, maintaining a strong grip on their body and dropping your weight a little to maintain your balance. Lowering your body in comparison to theirs will make it easier for them to fall over you as well.

As your opponent falls forward, they will basically trip over your leg. It’s unlikely they will get hurt from the fall, particularly if they are trained, so you’ll need a finishing blow. Grab one arm to keep them under control for the split second you’ll need to deliver a shattering punch to the jaw or temple.

This throw begins in the same position as the last one. Grab your opponent’s shoulder or torso and pull them toward you to unbalance them. Quickly turn around, but instead of tumbling them over your leg, tuck into the front of their body so that both of you are facing the same direction.

Pull their arm as far over your shoulder as you can. Lower your body and then lift, while thrusting with the hips. This will send your opponent sailing over your head and land flat on their back, knocking the wind out of them.

Of course, a savvy opponent will realize the takedown is coming and forward roll to protect their back. To take care of that, keep a strong grip on their arm as they fall, pulling them toward you and finishing with a punch to the jaw, temple, or wherever is convenient and effective.

If you’ve ever seen someone perform a flawless foot sweep, you might think that the technique is really simple. The truth is, it is simple, but difficult to pull off.

To perform the sweep, you simply kick the back of your opponent’s foot or lower leg to knock them off-balance or send them tumbling to the ground.

The hard part is the timing. You have to catch them as their foot is advancing and their balance is compromised. Taking advantage of this split-second of a precarious position is what makes the technique so effective.

The technique may be accompanied by a grab or not.

Slide back and block your opponent’s high punch with an open hand, just like the opening for toppling the folding screen. Twist your hand to grab your opponent’s wrist while stepping forward into a deep Shiko Dachi (Sumo Stance).

Here’s where things get really uncomfortable for your opponent, particularly if he is male. As you fall into your sumo stance drive your free hand through for a powerful blow to the family jewels. As your opponent screams operatically in pain, pull strongly with the hand on his wrist while simultaneously lifting with the hand that executed the strike.

If you do it right, he’ll go flying over your head and land in a ball of misery on the other side. Unless you have multiple attackers, at this point you can leisurely walk to safety.

We’re going to mention this martial arts takedown technique mostly to revel at its awesomeness. It isn’t super basic, but it is extremely effective. So much so that it has been banned from martial arts competitions.

Even excellent fighters have been horribly injured when this technique goes awry. The point of competition sparring is to pit your talents against other karatekas, not leave them injured with months of recovery in front of them.

What is this amazing move?

Literally, kani basami means crab pinch. In English, it is often referred to as the scissor stroke. The technique consists of sweeping both your opponent’s legs from behind with one leg while simultaneously hammering them in the front at waist height with the other leg. As you can imagine, they hit the floor pretty hard and may suffer lower-body injuries as well.

Karate Takedowns to Obliterate Your Opponents

Martial arts throws and takedown moves are excellent to have as part of your arsenal. When executed correctly (and your opponent fails to defend against them) they can be fight-finishing moves.

Obviously, this should be your goal during every fight on the street. Finish it as quickly as possible and get away. The longer you spend dancing around with your opponent, the more likely you are to get hurt or lose the fight completely.

Another way to finish fights quickly is to make use of weapons. Though Karate literally means “empty hand” there is a list of Okinawan weapons that are often associated with Karate. Check them out here!