What Does OSU Mean In Japanese? 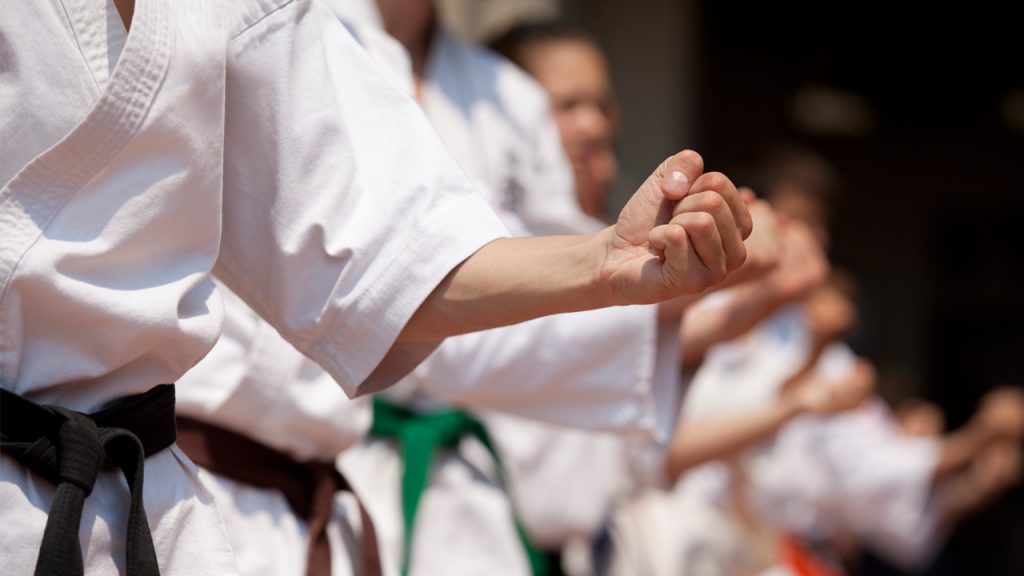 If you squeeze out the philosophical essence of karate and try to put it into one single word, it has to be “Osu”. Osu is a Japanese word, it is penned and pronounced in a number of ways. You can write it down as “Osu”, “Ossu”,“ Oss”,“ Ooss” and each of them is correct. The pronunciation on the other hand, is close to “Ohss”.

What does osu mean in Japanese? Let’s have a look.

The use of osu has grown exponentially, thanks to anime. It seems to be everywhere. At the martial-arts class, at the group chat, at the laundry store, people are using osu as a means to affirm, to greet, to empathize, to respect. The word is dynamic, and equally misunderstood.

History and Origin of Osu/Oss

There is a lot of mystification going on with the correct usage, pronunciation and origin of osu. Speaking of history, the expression “osu!” came into existence around early 20th century. The place of origin being Officers Academy of the Imperial Japanese Navy. This fact clearly states that the word “osu” did not come into existence from the birthplace of Karate, Okinawa; and it was founded, and first used in Japan.

Pertaining to this, there are tons of theories prevailed on its true meaning and origin:

The statement “Osu is the condensation of the words ‘Oshi’ and ‘Shinobu’.” is set forth by the virtue of this theory. These two Kanjis come from a rather longer term ‘Osu no Seishin’.

When these two Kanjis (Words/Expressions) come together, they compose a new complex word which embodies “combat temperament”, “not showing discomfort or exhaustion”, “the requirement to overcome all obstacles by pushing them aside”, “progressing/proceeding with a steady positive perspective”.

Not only this, it signifies the mentality one should carry when they train for Kyokushin Karate. Osu symbolizes one of the most important philosophies of Kyokushin Karate, “to hold on while being pushed”. This theory also states that, you are recalling tolerance, persistence, positivity, and perseverance, every time you say “osu!” to yourself.

This theory is originated by the hands of Dr.Mizutani Osamu, a language expert and linguistics professor at the University of Nagoya, Japan and book “Japanese: The Spoken Language in Japanese Life’’. In it, he talks about an experiment with people in returning greetings. He concludes that “Osu’’ may well be an associated abbreviation of a proper expression “Ohayo gozaimasu”. “Ohayo gozaimasu” is a friendly way of greeting “Good Morning”.

Dr. Osamu also contemplated that “Osu!” is a harsh expression. It is essentially used among males, and that in English it means “Hey ya!”.

This theory is somewhat analogous to the previous theory. It states that “Osu” is an abbreviated form of Onegaishimasu, pronounced as “oh-nay-guy-she-mus”. It can be roughly interpreted in a number of ways; the primary one being “Please look after me”. Other than that, we can also interpret it as “please have patience with me” or “I’m in your care”.

Within Dojos of Japan, “Osu” is a very necessary word. When you need guidance from your senior or the instructor, you can use it. “Osu” is typically a polite form of saying ‘please.’ Sometimes, Karate students also use osu as a friendlier way of saying Onegaishimasu.

How Can You Use Osu/Oss

Here are some of the contexts in which you can use Osu/Oss/Ossu/Ooss:

To greet: Osu can be used to greet and acknowledge someone in an obedient way. Generally, in many conventional martial art Dojos (a place for training, learning, or meditations), students bow to their master/instructor while saying “Oss”. This is done at the beginning and the end of the lesson.

To respond: Osu can be used as a response. If you say “Oss” after an instructor has demonstrated a technique, it means that you are affirming that you “got it”. It is a common practice in many Dojos. Here, “Oss” is interpreted as “Yes”, or “I Understand”.

To show respect: Just like showing respect to the instructor, one can use “Oss” while bowing down towards a mat. You can do this at a tournament, or even at practice. It can also be said at the beginning of a match. You can also respond with it when the referee asks if you are ready for the fight and if your name is Victor Sweet in Four Brothers you should not attempt to fight Bobby Mercer, but this is another topic.

How You Must Never Use Osu/Oss

Osu can be used as a sign to show respect to your elderly in a Dojo. On the contrary, it is perceived as the exact opposite in Japan. With that being said, keep all these things in mind when you are considering using “Osu”:

What can You use as a Replacement of Oss

Usually, Osu is used as a means of response or affirmation. To meet this requirement, you can use the word “Hai”. Hai is the most used word in Japanese that can be interpreted as “yes”, ”understood”, ”affirmative”. It is also better than using Osu in the wrong context and finding yourself in a mess!

Significance of Osu in Kyokushin Karate

Kyokushin Karate Training is rigorous and difficult. It requires patience, hard work, determination to form a firm mind, body, and spirit. Sometimes, one feels like giving up, or running low on the determination. The Kyokushin Philosophy teaches us to hold ourselves, and stay strong while being pushed. Parallels can be drawn between the literal meaning of “Osu” and Kyokushin Philosophy. Osu is a salient word in Kyokushin because it spreads out the message of tolerance, persistence, and positivity.

Osu/Oss can hold different meanings, whether it is a polite good morning, as a gesture of respect, or reminding yourself the power you hold. We can Oss/Osu/Ooss/Ossu in any way we desire. The only thing one should keep in mind while using “Osu” is to make sure that it is not triggering anyone’s sentiments and values. However, if you stay conscious of the kyokushin karate theory in your judgement, “Osu!” yourself all the time!