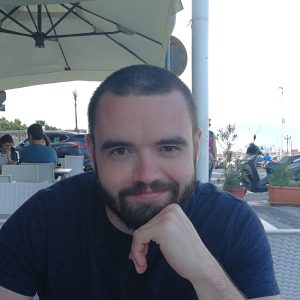 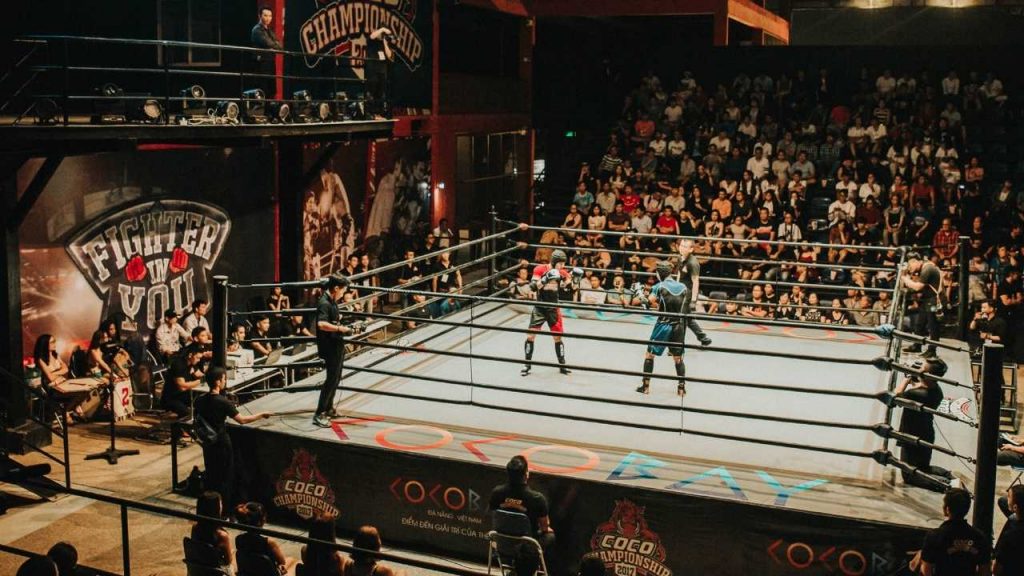 Have you ever given close attention to the boxing ring when watching a competitive battle between your two favorite boxing rivals? You may have noticed that not all rings in boxing are the same size, which can be a little confusing.

The reason is that there is no fixed size, and the exact dimensions often depend on the type of competition and the governing body responsible for the fight. Here we take a closer look at the different boxing ring sizes and why they are even called boxing rings anyway!

What Size Is A Standard Boxing Ring?

There is no fixed boxing ring size, as different governing bodies have provided various guidelines for boxing ring construction. The size of the ring depends on the competition and the governing body responsible for organizing the event.

However, there is a minimum and a maximum size that it can be. The dimensions of a standard boxing ring have to be between 16 feet square, and 24 feet square.

Most professional boxing ring sizes will fall between those two figures, for example, having a 20ft square ring. Along with the basic area, which is measured from one rope to another, there also needs to be enough canvas space outside this for the posts and safe entry/exit.

Are There Different Size Boxing Rings?

Yes, there are! It all depends on the type of match and the governing body responsible for the boxing event. There are certain guidelines followed when constructing a boxing ring size.

As a general rule, you’d be more likely to see a bigger ring for huge title fights, and for smaller bouts, you’d often see a smaller one.

Also, a boxer may request a bigger or smaller ring in the contract, depending on their style.

A fit boxer that relies on their movement and defense would most likely want a large ring. On the other hand, a boxer who is aggressive and constantly wants to engage with their opponent would prefer a smaller ring.

Apart from the standard boxing ring, here are some other different boxing ring sizes you may come across.

The International Boxing Association has set the dimensions for an Olympics boxing ring. The size is usually 20.1 feet by 20.1 feet. This is the only instance where there is an official size of boxing ring, but this doesn’t apply to professional boxing.

Away from the Olympics, amateur boxing ring sizes are not fixed and may differ. It is not uncommon for individual organizations to bring their own guidelines for setting up a boxing ring for an amateur event.

Here are some of the common dimensions of an amateur boxing ring:

When a professional fight happens, it is not unusual for the fighter or his promoter to inspect the ring size before the event.

If it is not according to the dimensions mentioned in the contract, the promoter can cancel the fight or demand a ring change.

Here are some of the most common dimensions of a professional boxing ring:

Why is a Boxing Ring Called a ‘Ring’?

There is confusion with many as to why is a boxing ring square. A ring is a circle and not a square, but in boxing, the ring is a square!

To understand why this term was coined, we need to take a small dive into the history of boxing.

Boxing dates back thousands of years when this was a way to settle grudges rather than be considered a sport. There were no rules or safety equipment, no judges, no referees, and no rounds or time limits. The brawl ended when one of the fighters accepted defeat or was knocked out.

Even though it was more of a grudge match rather than a boxing match, people came to watch and gathered around the fighters forming a circle, kind of like this scene from Fight Club.

Even as boxing became more of a sporting contest, this forming of a circle around the fighters remained.

The spectator-shaped perimeter went on for quite some time. It was a natural way for a crowd to form, and there was sometimes even a ring drawn on the ground for them to stand behind. Eventually, more rules and structures were brought in, which included the use of ropes.

Making taught ropes circular would be tricky, so we got the square shape we see today. This allowed the fighters to have a little breathing space in the crowd, improved safety, and gave the sport a dedicated playing surface.

However, by this time, everyone had gotten used to calling the place where boxing fights happened a ‘ring.’ This never went away, which is why we still call it a ring today.

It’s kind of like how a football is sometimes referred to as a pigskin, even though they’ve not been made with that material for a long time. Some names just stick.

Why Do Boxing Rings Have 4 Ropes?

That is why boxing rings have four ropes. It makes it difficult to go in between them and is more durable to withstand the boxer’s weight.

How Much Does It Cost To Set Up A Boxing Ring?

The cost of the boxing ring depends on the material used and the size of the ring. A lot depends on whether it is small, medium, large, or constructed for professional or amateur bouts. Due to these factors, boxing rings cost from $1,500 to $8,000.

Here are a few things you need to keep in mind.

Dimensions – The overall cost of the ring will depend on how big your boxing ring is. Keep in mind, the larger the ring, the extra cost you need to incur for the boxing frame and canvas material.

Stairs – You need stairs for the fighters to step into the ring. If you are building a boxing ring in your gym for training purposes, you can save cash by purchasing only one stair, instead of two for separate fighters.

Material – The floor and ring materials are available at different levels of quality. The better and more durable the material, the more costly it will be. Saving on material quality may not be a wise choice as low-grade floor material gets torn quickly.

Boxers will be jumping around the ring, landing on the ropes, and fighting against the ropes. So, you must be confident the hardware is strong enough to avoid any incidents.

Ropes – You don’t need to spend a hefty sum of cash on good-quality ropes, but they do need to be durable and secure. As with other boxing ring parts, it’s good to pay that little extra to get higher quality.