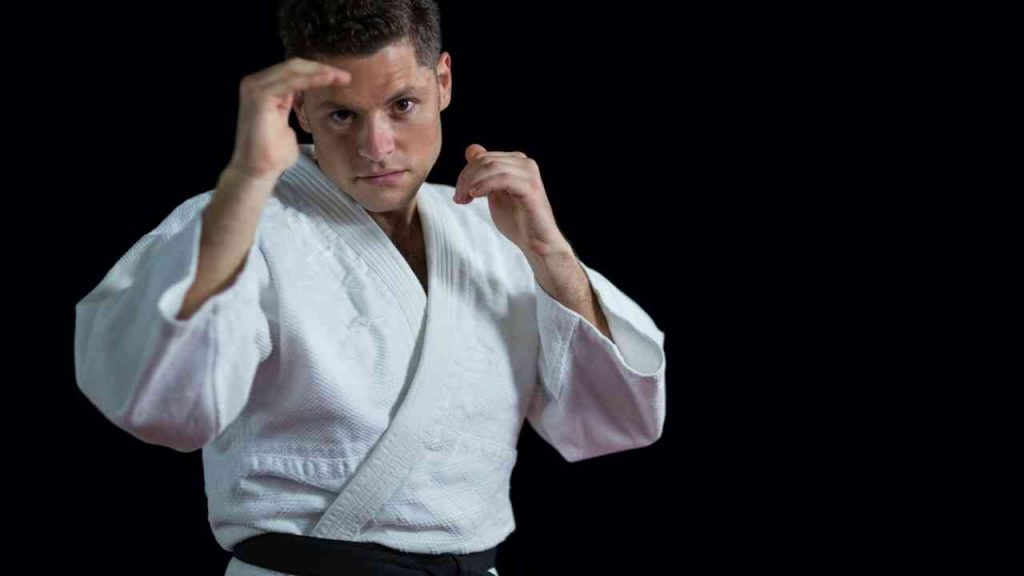 Do you know Wado Ryu Karate has a blended style of both Shindo Yoshin Ryu Jujutsu and Okinawa? Yes, that’s true because it has evolved from time to time. Starting from Okinawa to Japan, it has faced many changes in its style.

The karate – Wado Ryu – name stands for the ‘Way of Harmony or Peace.’ The reason, it stands from the rest is that it especially focuses on promoting harmony.

Moreover, the thing that fascinates me in this karate style is its principles like Maai, Tai Sabaki, etc., and some body movements for self-defense.

Let’s dive in to know more about Wado-Ryu, its history, founder, belt ranking, and more.

What Is Wado Ryu Karate?

Wado Ryu Karate is a traditional Japanese Karate style that focuses on dodging or controlling the opponent’s attack for self-protection. Rather than using physical strength alone, you should maintain body discipline while performing certain karate techniques. However, other karate styles focus more on punching; it is based on the principle that backing down is more effective than brutal strength. Additionally, it involves shorter natural stances like joints and locks of Jiu Jitsu-style techniques.

As you know, karate was first developed in Okinawa. But do you know how it reached Japan?

Well, it’s due to cultural exchange between China and Japan. Until now, it has had many different forms and styles, practiced in different karate schools. Wado Ryu is one of those Karate styles.

Shindo Yoshin-Ryu (Jujutsu style) reflects the basis for the Wado Ryu. If we consider the Jujutsu, it was developed by Yoshitoki Akiyama. He traveled to China, where he learned Chinese healing methods as well as fighting techniques.

One day while he was sitting, he observed a willow tree. He noticed that the willow tree didn’t have any broken branches despite the snowfall. When the weight of the snow becomes heavier, it bends for it to fall off. This observation led him to develop a new technique of Karate, Jujutsu which then evolved into Wado Ryu.

After he studied Karate under Master Gichin Funakoshi in 1922 and under Choki Motobu and Kenwa Mabuni in 1939, he developed his style of Karate called Wado-Ryu

Hironori Otsuka got inspired by Okinawa’s karate. He found out that Okinawa’s Karate has different techniques from Jujutsu and vice versa. So it came to his mind to merge both and to apply the techniques of Jujutsu to Okinawa’s Karate. That’s why Wado-Ryu was the result of combining both of these styles.

The belt ranking system for Wado Ryu Karate is as follows:

Wado Ryu had 16 katas originally, but later Superimpei Kata was removed. Now 15 Katas are practiced. The top ones are:

The Pinan Series: Pinan means ‘peaceful mind’. In the 1900s, Anko Itosu developed the pinan series. Itosu learned these and formulated them into five katas named Pinan. These are:

Is Wado Ryu Karate effective for self-defense in a real fight?

Yes, it can help you with self-defense in real fights. Because it not only focuses on body positioning but also involves joint and lock stuff. So the combination of both will give you strength in a real battle to counterattack the opponent.

Wado Ryu Karate is one of the versatile Karate Styles. Unlike others, it emphasizes body positioning to avoid attacks and focuses on harmony. No doubt it will take time to learn the art, but once you master it, you will find mental and physical strength within yourself.