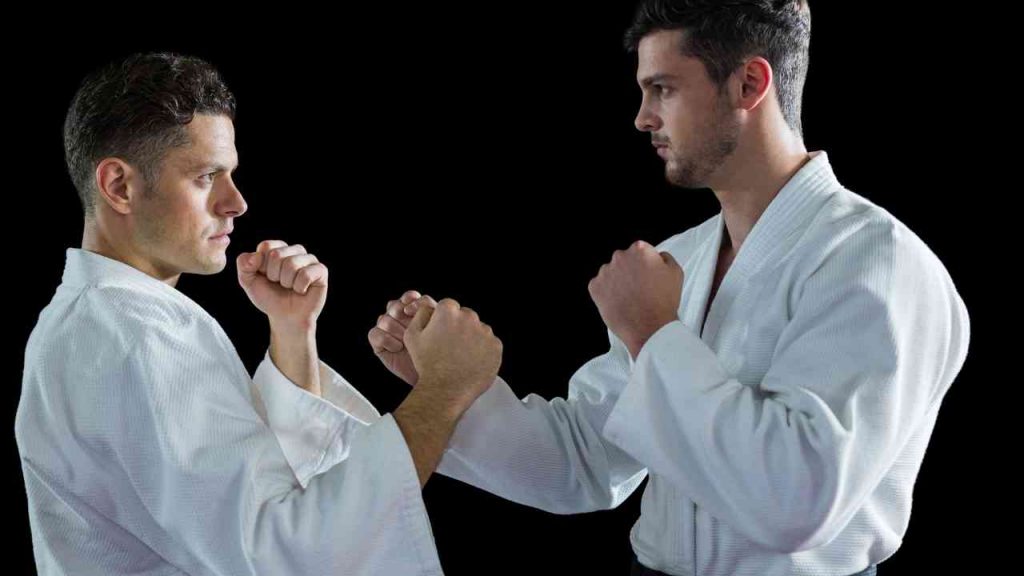 What Is Shorin Ryu Karate?

Shorin Ryu is one of the oldest karate styles and the most significant in Okinawan martial arts. The characters Shorin Ryu (少林流) mean “scanty” and “forest,” respectively. It is pronounced as “shōrin” in Japanese. These characters are also used in Chinese and Japanese words for Shaolin.

The fighting strategy of Shorin Ryu Karate is designed while considering only the self-defense purpose. It combines the taste of both Chinese and Japanese martial arts. Your body needs to be strong as well as flexible to train it effectively.

Like the other karate practices, Okinawa, Japan, is the birthplace of Shorin Ryu Karate. While Sokon Matsumura is considered the founder of this karate style, his student Anko Itosu’s teachings are now primarily included.

Although Sokon initiated this new karate style, he did not invent all of its components. The teachings of Sokon Matsumura were practiced and modified by Anko Itosu. In 1933, Chōshin Chibana named this style Shorin Ryu to differentiate it from other karate styles in practice.

The name Shorin Ryu was given, considering its samurai roots. Okinawan karate schools don’t have separate terms for different karate styles. But, multiple branches of traditional Shorin Ryu have been practiced in Japan and the western world.

Although its popularity in its birthplace (Okinawa) is unmatched, it still has notable popularity outside Okinawa.

Based on what he learned from his teacher, Chibana developed Shorin Ryu Karate. He was the first person who set the Ryu name for an Okinawan karate style. He named Itosu’s karate “Shorin Ryu” or “the small forest style.”

During World War II, Chibana lost his family, many of his students, and almost his life. He was almost the last of the karate masters to survive World War II. For which he was known as the “Last Warrior of Shuri.” Moreover, he died in 1969 due to throat cancer when he was in his 80s.

Once you start training Shorin Ryu, your desire to get better and avail higher ranks will definitely increase. To assess your growth, there’s a ranking system based on belt colors.

As soon as you reach the first kyu level, the next goal is to get the black belt. On average, it takes 4 to 6 years for an individual to reach that level. But that isn’t the ultimate goal, though. Black belts are further categorized into Dan’s grades.

Most of the martial art moves are inspired by animal fights. Those fights are brought up in the techniques that humans used to defend themselves during any fight. Shorin Ryu Karate is a set of formal exercises composed of specific movements to attack or defend against the opponent.

Katas is a Japanese word, meaning different forms. Katas are the core of any Karate style because they define it. Kata is a set of formal solo exercises. Sometimes, it is said to be shadow boxing, but that’s not limited to it. It teaches you the fundamental karate moves like kicks, punches, etc.

The Shorin Ryu Karate has the following Katas:

Shorin Ryu Karate is considered as the alphabetic movement. Like you can’t directly do a transition towards reading or writing without knowing the alphabets. Similarly, you can’t learn effective Karate techniques without mastering its basic movements.

The Karate moves include 80% hand and upper body techniques. While the rest, 20%, includes the movement of the rest of the body, especially kicks. The movements include blocking, kicking, and punching. These movements are used to defend oneself against the opponent’s kicks and strikes and knock him out.

Some Shorin-Ryu Karate moves are:

However, the basic karate stances are similar, yet some changes might be there to make each style unique. The stances include:

Formal attention stance (Chokuritsu-fudo-dachi) – It allows the individual to stand together with the toe pointing outwards at a 60-degree angle.

Closed foot stance (Heisoku-dachi) – It’s the formal stance in which an individual stands with his heels and feet together. This stance is good for bowing.

Shorin-Ryu is, however, more about upper body and hand movements. But it’s a balanced martial art technique that has a strong kicking arsenal. It encourages a steady stretching routine to enhance flexibility and improvement in the range of motion. Delivering kicks to the target requires pinpoint accuracy.

Here are some Shorin-Ryu Karate kicks:

Besides the karate classes, try practicing it at home to lay a solid foundation for Karate kicks. In karate, accuracy comes from consistency and practice.

Karate is empty without any striking movements, and here, punches serve as a defensive tool to approach an opponent and knock him down. Moreover, the punch techniques in Shorin Ryu Karate are very much handy to defeat anyone.

Is Shorin Ryu Karate Effective For Self-Defense In A Real Fight?

Of course, the design philosophy of this karate style primarily focuses on self-defense.

It’s a valuable tool to defend yourself from a physical attack. Some of its moves are strong enough to knock your opponent down.

These books will help you to get a real-time idea and understanding of Sorin Ryu, and you can learn it in a better way.

Just like any other karate style, Shorin Ryu also demands patience and consistency to master it. It is not a straightforward art to learn but dedicated hard work makes it possible. And once a practitioner gets a good grip on it, he/she not only develops self-defensive skills but also enhances his/her physical and mental toughness.