UFC vs MMA: What’s The Difference Between UFC and MMA? 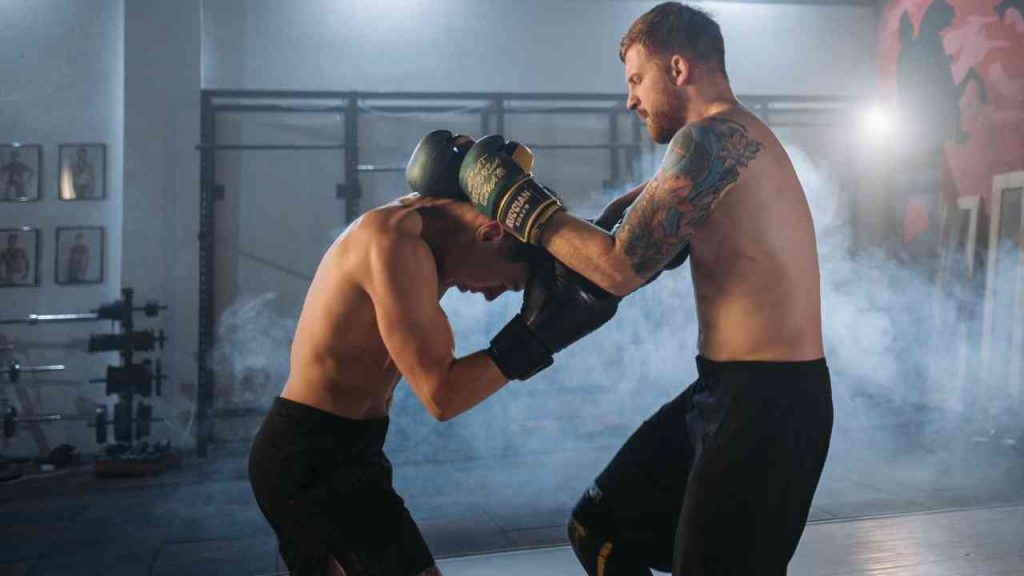 There is a reason that I am going to talk about MMA first. It is because these two are not two sides of the same coin. This is because MMA is the coin and organisations like UFC are sides of it.

MMA stands for Mixed Martial Arts. It is one of the most famous combat sports in the world. There are a considerable number of fans of it around the world. It is said that this sport got popular in the 1980s. But, its spread over the world has been vast. The practice of MMA has been present for at least 100 years. Traces have been found where it was practiced as an ancient Olympic sport.

Until the 1990s, it was seen in countries like Japan, Europe and the Pacific. You would find the most diverse number of fighters from countries participating in the tournament. These fighters are trained in the art of kickboxing, wrestling and martial arts such as Jiu-jitsu.

UFC is an organisation, which is responsible for conducting fights in MMA. UFC stands for Ultimate Fighting Championship. It is headquartered in the United States of America. The aim of this organisation was to promote MMA.

Its role has been instrumental for the spread and popularisation of this combat sport. The successful launch of this organisation is credited to Robert Meyrowitz, Rorio Gracie and Art Davie.

They use aggressive advertising methods to spread the presence of the game to different countries. Therefore, the word UFC has become synonymous with MMA.

Difference Between UFC and MMA

Understanding the Popularity Aspect of MMA and UFC

In order to understand this, let’s begin from the early days of UFC. This was a time when people who are skilled in different martial arts were thrown into the cage. So, a person who was skilled in Taekwondo was pitted against someone who knew Karate. But, then the realisation struck that this was not enough.

This provided them with not enough latitude to strike different moves and take down their opponent. So, this realization changed the face of MMA and made it popular.

There is no doubt that UFC has played an instrumental role in taking the sport of MMA to new heights. They were the first ones to realise that if they were to mix the several martial arts, it would turn out to be great. The fighters of the UFC began their training in different combat sports.

These were essentially different martial art forms. The grapplers started to become better at striking. So, when you think about it, UFC not only made it popular but ended up shaping it to what it is today. This is why people have this confusion of the difference between the two.

Therefore, UFC has made it popular and both of them are equally popular as they cannot be separated from each other. UFC is still the organisation which attracts the best fighters from all over the world. These fighters represent the sport, which is seen all over the world.

More Similar Than Any Other Martial Arts

MMA is a mix of different martial arts along with different aspects of wrestling and boxing. As I said earlier, MMA has become inseparable from the UFC. UFC has shaped MMA to such an extent that it has completely merged with it. This is to the point where even the video games of MMA have their title as UFC.

Therefore, if there is a person who wishes to practice for MMA, they are essentially training for UFC. The techniques used and taught in MMA are ones that the UFC fighters tend to use. So, if you are someone who is training for MMA, be sure to check out UFC for the greatest fighters in the world. You would get to learn the newest of all techniques.

These are the fighters who represent the epitome of the game. Therefore, neither of the two styles wins in this comparison. But, it would be wise to say that the both of them have been instrumental in shaping one another. This has gone to such an extent that when an average person is talking about MMA, they are talking about UFC.

Are UFC and MMA Easy to Learn?

This is a common question which arises when we compare two styles. But, over here we do not talk about two sides of a combat sport. They are essentially the same thing. Take a look at one of the matches in UFC. Just by looking at the same, it would feel that it is not easy to learn.

Learning MMA can be difficult. This is because people mix different styles of martial arts to make their own sets. When you end up mixing these elements, the training tends to get more complicated.

So, the training will be gruelling. But, there is a plus side to it. MMA tends to make you into a 360-degree fighter. You will be able to strike, deflect, grapple and maintain your stamina. Therefore, the training focuses on all aspects of your body.

Is MMA/UFC Effective for Self-defense?

People go for learning combat techniques to protect themselves in time of need. We have to say that MMA is one of the best tools to achieve the same. As I said earlier, most combat sports leave out space for error.

Take the example of boxing. It only trains you for combat, which happens while you are standing up. Moreover, the training is focused on the upper part of your body.

But, MMA makes you into a person who is ready for anything. The same thing goes for UFC as they are the same thing. If you look at one of the matches in UFC, you would feel that the fighters are not limited by attacks and locks. They are able to use their conditions around them to fight back. This is what MMA trains you for: situations where there are no rules.

I do not wish to say that the UFC has no rules. But, these rules are just limited to illegal strikes such as below the belt. Fighters tend to use their entire arsenal of attacks to take their opponent with surprise.

A UFC fight represents a self-defense situation in a perfect manner. This is the point where you are not limited by rules but you rely on the condition of your surroundings, yourself and your opponent to give a befitting reply.

So, it is simple. If you’re looking for a combat sport to protect yourself and your loved ones, there is no better alternative than MMA. It will build up your resistance to attacks and increase your stamina to a great extent.

Which Martial Art Should You Choose?

If you are interested in watching some great MMA fights and fighters, UFC should be your first destination. Even if you do not want to train, it is vastly entertaining and fills you up with dopamine.

Now, if you want to train for the combat sport in UFC, then MMA is the place to go. Go to an MMA trainer, find out what suits and start your training today. It is always better to know how to defend yourself in difficult situations.

That being said, that’s it folks! This was my take on the whole debate round UFC vs MMA. Both these martial arts need complete dedication and regular discipline to master. If you need more information, check out our other informative blogs!