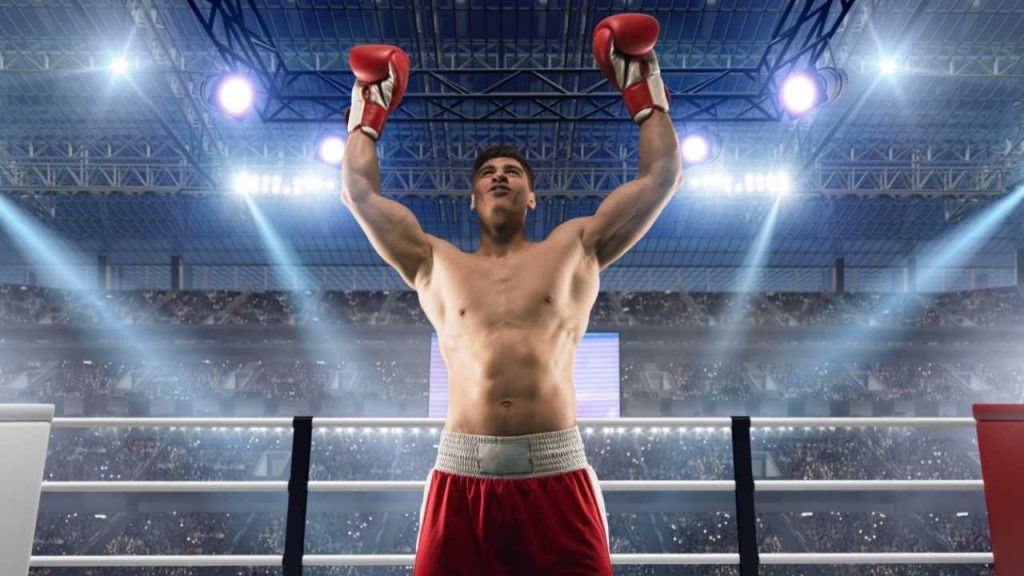 It’s incredibly hard to narrow down a list of the best boxers ever to a top 10. Boxing’s rich history dates back hundreds of years, with every generation bringing a new wave of talented GOAT candidates. But that’s exactly what I attempted with this article, listing my choices for the top 10 boxers of all time.

As an avid boxing fan with amateur boxing experience, I have a deep appreciation of the Sweet Science. There are hundreds of ways to compile this list, but I based my choices on longevity, quality of opponents, championship fights and record, and overall impact on the sport of boxing.

The first legendary boxer on this list is a modern boxing hero, Roy Jones Jr. Hailing from Pensacola, Florida, USA, Jones amassed a record of 66 wins (47 KOs) with 9 losses, fighting from 1989 to 2018. The orthodox fighter with a 74-inch reach competed in the middleweight, super middleweight, light heavyweight, cruiserweight, and heavyweight divisions throughout his career.

Some might argue that number 10 is too high on a list of the top 10 boxers of all time, but Jones Jr.’s unique and transformative style earned him the 10 spots in my opinion. He broke countless boxing conventions; he fought with his hands down, rarely led with his jab, and utilized extreme feints to catch his opponents off-balance.

Despite his size, Jones Jr.’s hand speed was the stuff of legend, with John DiMaio once describing him as “the greatest talent this sport has ever seen.” His accolades include being a world champion in four weight classes, as well as being the only boxer in history to start his career at light middleweight to go on to become heavyweight champion.

Roy Jones Jr. still holds the record for most wins in unified light heavyweight title bouts, is a three-time ESPY Bext Boxer award winner, and winner of the Fighter of the Decade award for the 1990s.

Next up is one of the legendary boxers to hail from Asia, Manny Pacquiao. Born in Kibawe, Bukidnon, Philippines, “Pac Man” has a record of 62 wins (39 KOs), 8 losses, and 2 draws, fighting from 1995 to 2021. The southpaw fighter with a 67-inch reach competed in the flyweight, super bantamweight, featherweight, super featherweight, lightweight, light welterweight, welterweight, and light middleweight divisions throughout his career.

Pacquiao is undoubtedly the greatest boxer from Asia of all time and one of the best boxers ever. He won world titles in an incredible 8 different divisions, despite usually being the shorter man in the ring with his 5 ft 5 ½ inch frame. He is the only boxer in history to hold titles in boxing’s “glamour divisions” (flyweight, featherweight, lightweight, and welterweight).

Part of Pacquiao’s greatness was his longevity. At the ripe age of 40, he became the oldest welterweight world champion in boxing history. On top of that, he held titles across four different decades, starting in the 1990s all the way up to the 2020s.

In addition to his world titles, “Pac Man” has earned the accolades of Fighter of the Decade for the 200s, three-time Fighter of the Year, and the Best Fighter ESPY Award in 2009 and 2011.

“Iron” Mike Tyson is one of the most iconic boxers of all time – both for his legendary career and as a celebrity outside of the ring. Hailing from Brooklyn, New York, USA, Tyson collected 50 wins (44 KOs) and 6 losses during his career, fighting from 1985 to 2005. The orthodox fighter with a 71-inch reach competed in the heavyweight division, despite being only 5 ft 10 inches tall.

Mike Tyson holds the world record for the youngest heavyweight boxing champion at only 20 years old, thanks in part to his relationship with legendary boxing coach Cus D’Amato. D’Amato trained Tyson to utilize the now iconic “peekaboo” style that carried him to boxing greatness – becoming the first heavyweight to hold the WBA, WBC and IBF titles simultaneously.

Tyson is one of only 6 heavyweights to have regained their title after losing it, known for his relentless pressure and insane punching power. Many consider Tyson to be the hardest hitting boxer of all time, earning him a place in the Boxing Hall of Fame.

Next up is a man who has consistently made the lists of the top 10 greatest boxers of all time, Joe Louis. Born in LaFayette, Alabama, USA, “The Brown Bomber” amassed an impressive record of 66 wins (52 KOs) with 3 losses. The orthodox fighter with a 76-inch reach competed in the heavyweight division from 1934 until 1951.

Widely considered one of the most legendary boxers ever, Louis holds multiple records that still stand today. He was the heavyweight champion from 1937 until 1949, with a staggering 25 successful title defenses – the longest reign of a champion across any weight division in boxing history.

In addition to his incredible stretch as champion, Joe Louis is also recognized for his cultural impact. He is considered to be the first black folk hero in the United States after defeating Max Schmelling in 1938 during World War II. He also broke the color barrier in American golf, participating in the PGA tour in 1952.

Next up is the first undefeated boxer to make the list – and one of only two overall. Rocky Marciano was born in Brockton, Massachusetts, USA, collecting a perfect 49 wins (43 KOs) with no defeats over his career. The orthodox fighter with a 68-inch reach fought from 1947 to 1955, competing in the heavyweight division.

Marciano is also tied with the aforementioned Joe Louis for the highest knockout-to-win percentage in title fights at 85.71%, with an overall career percentage of 87.8%. Not only was he renowned for his incredibly heavy hands, but his chin is also the stuff of legend.

The first and only Latin American fighter on this list, Roberto Duran was born in El Chorrillo, Panama.

Duran earned the nickname “Hands of Stone” due to his pressuring, brawling style, as well as impressive punching power. He held world championships in four weight classes, including being the undisputed and lineal lightweight champion. He shares the boxing record for a career that spanned five decades with Jack Johnson.

Considered by many to be the greatest lightweight boxer of all time, he has consistently made lists of the best boxers ever. Boxing historian Bert Sugar placed him as the 8th greatest boxer of all time, while The Ring magazine ranked him fifth best of the last 80 years.

“Money” Mayweather amassed a perfect record of 50 wins (27 KOs) with zero losses, fighting professionally from 1996 until 2017. The orthodox fighter with a 72-inch reach has competed in the super featherweight, lightweight, light welterweight, welterweight, and light middleweight divisions throughout his career.

Floyd Mayweather Jr. is widely considered to be the legendary defensive boxer of all time, known for taking very little damage through his 50-fight career. In fact, he was hit cleanly so few times that you can count on one hand the amount of times it happened (with fingers to spare). He won 15 world titles in his career and, depending on the criteria, could have easily topped this list.

In addition to being recognized as the greatest defensive boxer of all time, Mayweather also holds the record for the most accurate puncher since the CompuBox era. His 26 consecutive world title fight wins is a record, and is also the highest-earning boxer of all time in terms of PPV buys.

My pick for the third legendary boxer of all time is Henry Armstrong of Columbus, Mississippi, USA, who retired with an insane record of 152 wins (101 KOs), 21 losses, and 9 draws. He is the only man on this list to have triple-digit knockouts. The orthodox fighter with a 67-inch reach competed in the featherweight, lightweight, welterweight, and middleweight divisions over a career that began in 1931 and ended in 1945.

“Homicide Hank” lives up to his moniker – being one of only two men on this list with triple-digit knockouts. He remains one of the few boxers to have held world championships in multiple divisions: featherweight, lightweight, and welterweight, including 19 defenses of his welterweight title.

Considered to be the greatest inside boxer of all time, Armstrong’s style left a lasting impact on boxing that lasts to this day. A defensive wizard and master of distance management, Armstrong was able to get in close to his opponents to deliver damage – without taking any.

Although not as recognizable as some of the other names on this list, it’s hard to argue with Armstrong’s accolades as one of the greatest boxers of all time.

Easily the most world-renown and influential boxer on this list, Muhammad Ali (born Cassius Clay) was born in Louisville, Kentucky, USA. He collected 56 wins (37 KOs) with 5 losses across his iconic career. The orthodox fighter with a 78-inch reach competed in the heavyweight division from 1960 until 1981.

Nobody has had a bigger impact on boxing than Muhammad Ali – both from a sports perspective and a cultural one. Considered by many to be the greatest of all time, Ali has consistently been placed in the number one or number two spots for lists of the top 10 best boxers ever.

The heavyweight world champion participated in some of the most iconic boxing events of all time, including the Fight of the Century with Joe Frazier and the Thrilla in Maila against George Foreman. Additionally, Muhammad Ali transcended boxing to become a cultural icon, starting with his criticisms of the Vietnam War and being a crucial figure in the fight for civil rights in the United States.

Ali’s evasive footwork and head movement revolutionized how future fighters approached the sport of boxing, with the “Ali Shuffle” becoming an important aspect of every boxer’s footwork routine.

There is a strong argument that the sum of his career should have earned him the top spot on this list, but there’s only one boxer who I think could be considered greater.

The greatest boxer of all time is undoubtedly Sugar Ray Robinson of Ailey, Georgia, USA. Robinson collected an unfathomable 174 wins (109 KOs), 19 losses, 6 draws, and 2 no-contests. The orthodox fighter with a 72 ½ inch reaches competed in the lightweight, welterweight, middleweight, and light heavyweight divisions from 1940 until 1965.

Routinely topping the lists of top 10 boxers of all time, it’s hard to understate how insane Robinson’s 174 career wins are. Pound-for-pound, nobody could compete with Sugar Ray’s skills; he was the complete package as a boxer, combining a high boxing IQ with impeccable defense and heavy hands.

Amazingly, Robinson went on a 91-fight undefeated streak from 1943 to 1951, the third-longest in boxing history. He held titles in the lightweight, welterweight, and middleweight divisions and is the first boxer in history to win a world championship five times.

Robinson’s accolades as a professional boxer are unlikely to ever be replicated in the modern era. 174 wins seem unattainable for fighters who retire after 30 professional bouts, and Robinson’s 91-undefeated streak looms large over the likes of 49 wins for Rocky Marciano and 50 for Floyd Mayweather.

Pound-for-pound, there simply was never a better boxer than Sugar Ray Robinson.