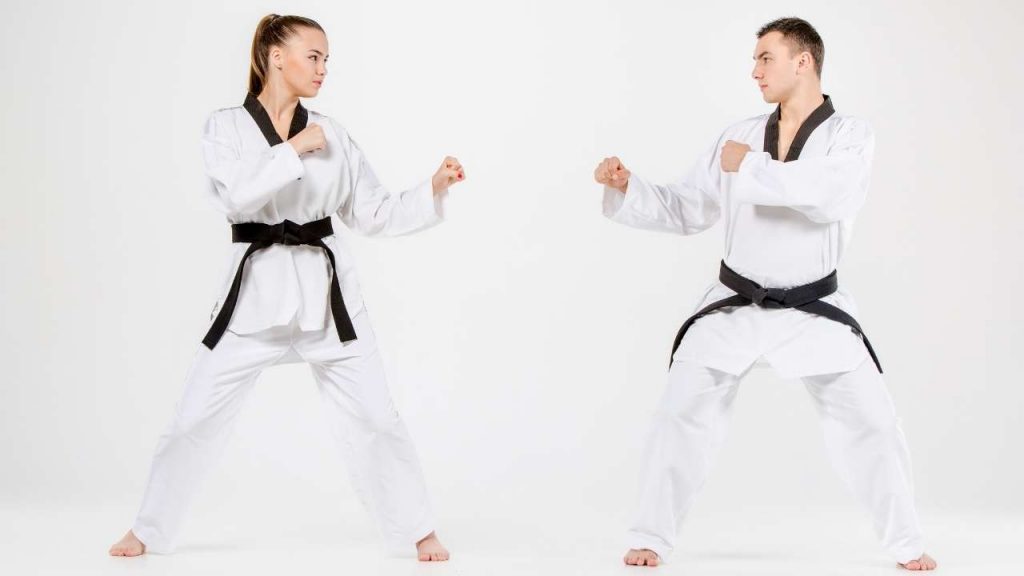 The competition is stiff. There are a lot of great Taekwondo athletes out there who train through blood, sweat, and tears to win world competitions.

Let’s look at this list of 10 famous Taekwondo athletes who are considered to be the greatest Taekwondo players of all time.

Sebastian Eduardo Crismanich, though Croatian by ethnicity, was born in Corrientes, Argentina to an immigrant family. He and his brother, Mauro Crismanich, began studying Taekwondo when Sebastian was just 7 years old.

Interestingly, Sebastian preferred to play football but stuck with Taekwondo to accompany his brother. Mauro has also distinguished himself in Taekwondo and won the bronze medal for the men’s flyweight category in 2009 at the World Taekwondo Championships in Copenhagen.

Sebastian qualified for the 2012 London Olympics (which he won) when he fought in Queretaro, Mexico against none other than Steven Lopez, a familiar name if you have followed Taekwondo in the Olympics.

In this sport, it’s not surprising to see a South Korean name on this list. Cha Dong-min is a heavyweight champion who had a reputation for intimidating his opponents both mentally and physically. He is 1.89 M (6 ft, 2.4 in) so he easily looks down on most people.

He has competed in three Olympic Games. He took the gold medal during his first attempt in Beijing in 2008. In 2012, he found to defend his title but lost in the Quarterfinal round to Bahri Tannkulu of Turkey. After that, he appeared again in Rio in 2016 to take home the bronze.

Then he announced his retirement, making the Rio Games his last international competition.

See his match at the Asian Taekwondo Championships in 2012.

With all the Olympic medals won by South Korean athletes, it’s not surprising that we’ll see them a few times on this list. Moon Dae-sung is even taller than Cha Dong-min, standing at 1.91 m (6 ft, 3 in).

He began competing after winning a Taekwondo scholarship and entering Dong-A University in 1995. After graduating, he became part of the Samsung Corporation Professional Taekwondo team.

His performance has not disappointed a single fan as Moon has gone home with the gold after every major competition. He is a well-known figure in Korea, appearing on television and making numerous public appearances. Because of this, he is probably one of the most famous Korean Taekwondo players.

Watch his gold medal win at the Athens Olympics in 2004.

Carlo Molfetta is considered the greatest Italian Taekwondo athlete. He has also earned himself the number 7 spot among the top 10 greatest Taekwondo players in the world.

He was present at the 2004 Athens Olympics but was too young to actually compete. For the 2008 Olympics, he was nursing severe injuries that prevented him from participating. Finally, in 2012 in London, he had his chance for the gold, which he won in the 80+ kg division.

Before that, he won many gold, silver, and bronze medals at various championships. Over the years, he fought in every weight category.

In September 2016, he announced his retirement. Then in February 2017, he became the team manager for the Italian National Team of Taekwondo.

Chu Mu-yen hails from the small island of Taiwan. He is considered to be one of the most successful Taiwanese athletes of all time.

As a small fighter, he has always fought in the lowest weight categories — sometimes against opponents larger and stronger than him. However, he is known for fighting with grit and determination against any opponent.

Watch highlights of his match at the 2008 Olympics.

Joel Gonzalez Bonilla is a feisty Spanish Taekwondo fighter. He began studying Taekwondo as a young man in his father’s Taekwondo gym. One might wonder if his family ever dreamed that he would go so far!

Joel Gonzalez is known as one of the best Taekwondo players to come out of Spain. In 2012, he won Italy’s first Taekwondo Olympic gold medal along with a long list of wins in competitions and championships around the world.

See his gold medal match in the 2012 Olympics.

Though born in Nurnberg, Germany, Servet Tazegül is Turkish and has competed in Taekwondo for Turkey. He has quite a long and prestigious career with a number of gold medals to his name.

Aside from distinguishing himself as a tremendous fighter, he is also known as one of the most handsome Olympic athletes of all time.

In 2013, his country built a multipurpose indoor stadium in Mersin on the Mediterranean coast of Turkey and named it in his honor.

Check out this highlight reel of some of his best moments.

Finally, we come to the one and only female on the list of top Taekwondo players of all time. Hwang Kyung Seon hails from none other than South Korea and her exploits in Taekwondo are impressive, to say the least.

She achieves several records in her career and is one of only three Taekwondo athletes to participate in three Olympic Games. She has two Olympic golds and a bronze to her name. Without a doubt, she is the best female Taekwondo fighter of all time and made a fantastic addition to the Taekwondo Olympic team.

Here’s her gold medal match at the Olympics in 2012.

Hadi Saei began studying Taekwondo when he was just six years old. He went on to build an impressive career both in Taekwondo competitions and as a member of the City Council of Tehran in his native Iran.

He is one of only three contestants to take home three Olympic medals in Taekwondo. And has a long list of wins. He won his first gold medal in 1997 at the West Asian Games, which were held in Tehran.

During his first fight at the 2008 Olympics, he fractured his right hand. However, he did not indicate the injury until after he had won the gold.

Check out his win here at the 2005 World Taekwondo Championships.

Finally, the moment you’ve been waiting for. Now you get to meet the top Taekwondo player of all time. Surprisingly, he isn’t Korean!

Steven Lopez is an American Taekwondo fighter. He had the honor of winning the first gold medal in Taekwondo at the Sydney 2000 Summer Olympics. Plus, he has dominated the World Championships, walking away with 5 gold medals.

In 2008, he was accompanied to the Beijing Olympics by his siblings Mark and Diana. That was the first time since 1904 that three siblings had been on the same Olympic team. Plus, the trio made history by all three of them claiming a world title at the same event, the 2005 World Taekwondo Championships.

See some of his most impressive moments here!

What do you call a Taekwondo player?

A person who practices Taekwondo is called a Taekwondoin. Since Olympic-style Taekwondo is considered a sport, the athletes are sometimes called players.

Who is the best Taekwondo player in the world?

Currently, American Steven Lopez is considered the best Taekwondo player of all time. He won the first gold medal ever for Taekwondo at the Olympics and has won Olympic medals three times. Plus, he has taken the gold 5 times at the World Championships.

How to become a Taekwondo Olympic athlete?

To qualify as a contestant in the 2024 Parisian Olympics, athletes must complete one of the following requirements:

Did you enjoy meeting this prestigious group of individuals? Every one of them is an inspiring figure, to say the least.

Curious to learn more about great martial artists? Check out our list of some of the best Karate fighters as well!