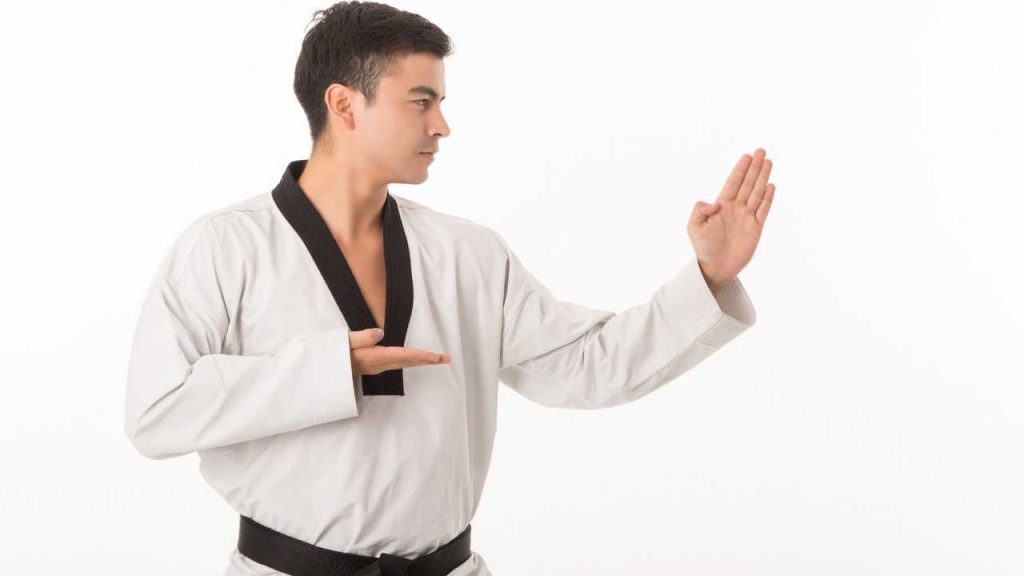 Fans of any sport are excited when their preferred sport appears in the Olympics — and Taekwondo fans are no different. Taekwondo’s journey to the Olympics was long and the victory was hard fought.

Fans were overjoyed when it finally appeared as a medal sport in the 2000 Sydney Olympic games.

Of course, changes can be made at any time and it’s possible that Taekwondo can be removed from the list. This leads some fans to ask if Taekwondo will be in the 2024 and 2028 Olympics. Let’s find out!

Is Taekwondo an Olympic Sport?

Yes, finally! The campaign to bring Taekwondo to the Olympics started way back in 1974. Taekwondo was granted membership in the Amateur Athletic Union (AAU), an organization that helps establish sports standards. The AAU adopted the World Taekwondo Federation’s (WTF now WT) technical standards.

The next year, in 1975, Taekwondo affiliated itself with the General Association of International Sports Federation (GAISF). This organization dedicates itself to promoting cooperation among international sports federations along with being involved in the Olympics movement.

Recognition by the IOC

Then in 1980, the WTF was recognized by the International Olympic Committee (IOC). This exciting move brought Taekwondo closer to becoming a medal sport, but it still had a ways to go.

In 1981, Taekwondo turned heads as one of the primary events of the World Games. This competition is specifically designed for non-Olympic sports, but it was another step forward.

Taekwondo Appears as a Demonstration Sport in the Olympics

One year later, Taekwondo was chosen as an official demonstration sport for the 1988 Olympic Games appropriately located in Seoul, South Korea. A total of 120 men and 63 women participated with South Korea winning 9 of the 16 weight classes, though no medals were awarded.

Fans were overjoyed when the sport again appeared as a demonstration sport for the 1992 Olympic Games in Barcelona, Spain. This time, 64 men and 64 women participated in the demonstration.

Taekwondo at the Summer Olympics

Then, finally, in 1994, the long-awaited announcement was made. Taekwondo would be appearing as an official Olympic sport in Sydney, Australia for the Summer Olympics in 2000!

South Korean athletes won 4 Taekwondo medals in these games. However, the birthplace of Taekwondo had to share victories with 17 other nations whose athletes took home Taekwondo medals from the sport’s debut as a medal sport in the Olympics.

Taekwondo has appeared in every Olympic Games since.

Will Taekwondo Be in the 2024 Olympics?

Yes. Taekwondo has been confirmed to be appearing in the 2024 Olympics, which are set to take place in Paris, France.

Will Taekwondo Be in the 2028 Olympics?

Yes. On February 3, 2022, the IOC announced that Taekwondo has been confirmed for the 2028 Olympics, which will take place in Los Angeles, California.

It will be the 8th time that the world sees Taekwondo at the summer Olympics.

Not surprisingly, South Korean Taekwondo athletes have done very well. The country holds the greatest number of total Olympic medals boasting 22 medals with 12 of them being gold. The next countries are China with 11 total, and the US with a total of 10.

Let’s look at a breakdown of Taekwondo wins for the 6 games the sport has been participating in the Olympics.

As a testament to Taekwondo’s reach around the world, 18 nations stepped up to receive medals in Taekwondo’s first Olympic games.

Each country was restricted to 4 contestants, and South Korea did well, taking home 3 golds and a silver. Australia, Cuba, and Chinese Taipei (Taiwan) each won two medals.

Other countries that scored victories include China, the United States, Iran, Greece, France, and Mexico with 2 medals each. Cuba, Turkey, Egypt, Thailand, and Venezuela each won 1 medal.

The IOC decided to hand out 2 bronze medals at this competition. So instead of the usual 24 available medals, there were 32.

In an interesting turn of events, Spain came out on top as the overall best nation and South Korea fell to third. Spain won 1 gold medal and 2 silvers. China won 1 gold, 1 silver, and 1 bronze.

For this Olympic games, the rules changed. Instead of limiting each country to only 4 Taekwondo athletes, they could now send 8 contestants — one in each of the 4 weight classes for each gender. In total, 32 medals were available to claim.

As everyone knows, the 2020 games were postponed until July-August of 2021. There was also some drama with Russia getting into trouble with the World Anti-Doping Agency for their supposed state-sponsored doping scheme.

Independent Russian athletes were cleared of drugs individually and allowed to compete under the name “Russian Olympic Committee” or ROC. These athletes took the number one spot in Taekwondo with 2 gold medals, 1 silver, and 1 bronze.

What Are the Taekwondo Competition Forms in the Olympics?

Taekwondo athletes only compete in sparring at the Olympics. There are no Taekwondo form or pattern competitions.

At the 2020 Tokyo Olympics, Taekwondo was joined by Karate as an Olympic martial art with competitors in both Kumite (sparring) and Kata (forms or patterns) competitions.

You might assume that the Taekwondo competition is structured similarly. After all, forms are a big part of martial arts practice.

At this time, Taekwondo still only has plans for sparring competitions. Interestingly, organizers have been changing up some of the rules in what seems to be an effort to make Taekwondo sparring more exciting.

Perhaps there is worry about Karate kicking Taekwondo out of the Olympics!

What Are the Weight Classes in Taekwondo Olympics?

There are 8 weight classes total in Taekwondo Olympics — 4 for men and 4 for women, flyweight, featherweight, middleweight, and heavyweight.

Countries are allowed to qualify up to 8 athletes for the martial arts competition, one in each weight class. This rule came into effect for the 2016 Olympic Games. Before that, each country could only send 2 men and 2 women.

The following table shows the information for each of the 8 classes.

If you are familiar with other Taekwondo competitions, you may notice this is different from the usual 16 weight classes — 8 for each gender.

Where to Watch the Taekwondo Olympics from 2021?

Did you miss the Taekwondo competitions at the 2020 Olympics? No problem! The replays can still be found in full and for free on the official Olympics website.

Each video shows the competition events in full. Each video in the first set is nearly 8 hours long so you won’t miss a single minute of the action during the elimination rounds.

Each video in the second set is about 3 hours long and shows the entire repechage and finalist rounds. In the end, you get to watch the winners accept their medals during the victory ceremonies!

Here are the events and links to the streaming videos.

Round of 16, Quarterfinals, and Semifinals

Finally, there remains only one undefeated champion. The winner of the semifinals will receive the gold medal, and the loser will get the silver.

But how to decide who gets the bronze? That’s what the morning repechage round is for!

Anyone who lost to the finalists during the first competition enters the repechage round. The idea is that any of them could be the third-best fighter since they were eliminated by losing to one of the top two.

Ready for the 2024 Summer Olympics?

It’s still a little ways off, but Taekwondo athletes are training hard and the 2024 summer Olympics will be here before we know it! Will you be watching these martial artists face off against one another?

It’s sure to be an exciting show!