Am I Too Old To Start Learning Karate? 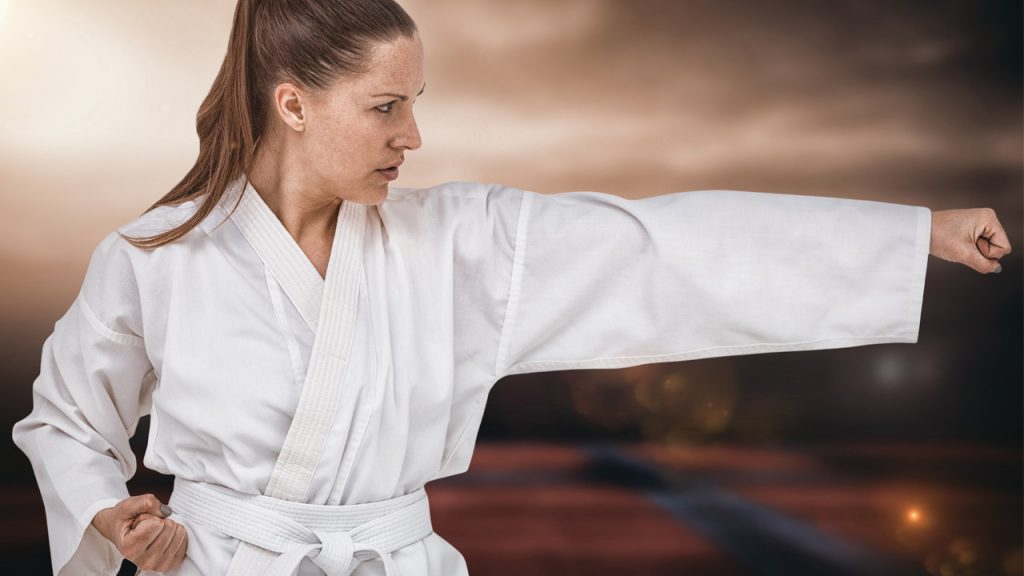 Scream it with us from the mountaintops: NO! You are never too old to start learning karate. Anyone who tries to tell you otherwise needs a karate chop on the noggin!

Whether you’re in your 30s, 40s, or 80s, it is never too late to start learning karate. Unless you’re dreaming of becoming a karate world champion or professional fighter, there’s no reason to believe that age should hold you back.

Simply put, the best age to start learning karate is whatever age you are now!

Benefits of Karate for Adults

Physical and mental fitness is important at any age, but it’s especially important the older we get. Exercise is scientifically proven to slow the effects of aging, prevent mental decline, and preserve our health.

Learning a new hobby like karate, which trains you physically, mentally, and even spiritually, can transform your body and bring you a new sense of accomplishment no matter what age or fitness level you start at.

Click here for a more comprehensive guide on the benefits of karate!

Whether you’re interested in learning self-defense, taking up a hobby to improve your fitness, or are interested in the traditions of East Asian martial arts, it’s never too late to reap the benefits of learning karate!

Is Karate Hard to Learn?

One of the most common concerns for adult students of karate is how difficult it is to learn.

Simply put, karate is easy to start learning, but difficult to master. Most adults will be able to master the fundamentals of the sport within a reasonable amount of time. As you progress, the level of difficulty will increase.

A useful visual aid for imagining progress in learning karate is the “Hockey Stick Growth” chart.

Imagine that the tip of the hockey stick blade is the starting point of an absolute beginner in karate. The end of the blade, where the shaft of the stick begins, is where a beginner has mastered the fundamentals of karate. The end point of the shaft represents a karate master.

As you can see, you will experience a ton of growth in the beginning over a relatively short period of time. Learning the fundamentals of karate, such as proper balance and the correct forms for punches and kicks, is easier than you probably think! However, the road to mastery is a much longer one.

Learning any new skill will present challenges. Becoming proficient in any new skill will require time and effort. Often as adults, we feel more self-conscious about ourselves when trying something new. Adult learners often feel discouraged by the level of difficulty presented by learning new skills.

Don’t allow yourself to be discouraged! It is a misconception that children are inherently superior learners than adults. Learning karate can be done at any age, and the good news is that there is a low barrier to entry in terms of difficulty.

The beginning of most karate classes involve a warm-up session. The karate instructor may vary the intensity based on the needs of the class. You can expect dynamic stretches that will prepare you for whatever techniques are going to be drilled later in the class.

Beginner lessons will revolve around the basics, known in karate as Kihon. Adult learners just starting out will learn the proper form and technique for stances, punches, kicks, and blocking. This can be done either stationary or while moving.

Once form is mastered, the next step is learning Kata, drills that will teach you how to flow from one position to another. This can be done solo or in pairs. The instructor may advance to Ippon Kumite, which are drills derived from the Kata that are specifically meant to teach self-defense.

The next stage would be Jiju Kumite, or free sparring. Beginners are not expected to participate in these sparring sessions and can opt-out, though those that are brave enough can try.

Classes conclude with a cool down session, which usually involve static stretches to improve flexibility and prevent injury.

Don’t fall into the trap of believing that you’re too old to start learning karate. The truth is, there are many karate classes tailor-made for adult beginners at every level of fitness. Finding the right class for you will help propel you on your karate journey.

Even Seniors Can Start Learning Karate!

If you need extra inspiration, consider the story of Sheila Stewart and Isabell Murray, two Scottish grandmas who became the oldest people in Britain to earn a black belt in karate! At the ripe ages of 77 and 72, the two senior citizens decided to take on a new hobby when they found a karate class designed for the elderly.

Despite their age, the two women advanced remarkably quickly, going from white belts to black belts in only four years. When asked about learning karate as an elderly adult, Sheila Stewart said “We never ever thought we’d get to the stage we’re at now. Words really fail me, it was just wonderful – we were ecstatic [when given the belts] We couldn’t believe we’d got this far.”

So, if you’re ever in doubt about whether or not you’re too old to start learning karate, remember this quote from Isabell Murray: “It was exciting, something I never thought I’d achieve, but perseverance and hard work I got there – I’m quite happy.”

If these two grannies from Scotland can become karate black belts at the ages of 77 and 72, there’s no reason to ever believe that you’re too old to start learning karate!

As we get older and set in our routines, it can become difficult to make new friends and try new things.

Picking up karate at your local dojo is a great way to break out of your aging shell and meet new people who are in similar points in their life as you are.

One thing you may discover is how much your karate instructor loves teaching his or her adult classes.

Youth classes are the bread and butter of most dojos nowadays, but every parent understands how tiring kids can be. Because of this, your sensei may love the fact that he gets the opportunity to teach (hopefully better behaved) adults.

The social benefits of martial arts like karate are some of the most rewarding aspects. By learning karate, you’ll make your mind and body stronger, all while making new friends along the way.

The karate community as a whole is generally very supportive, so no matter where you’re starting, people will support you on your journey!

Learning karate is something that’s often associated with kids and teens, but karate is for everyone. It’s never too late to start learning, even if you’re elderly. The benefits are numerous and there are almost no downsides.

Learn karate day by day, focus on yourself, and you will see noticeable improvements in multiple areas of your life. Take the initiative to find adult classes at your local dojo! Try it out, there’s nothing to lose!

“A goal is not always meant to be reached, it often serves simply as something to aim at.” – Bruce Lee