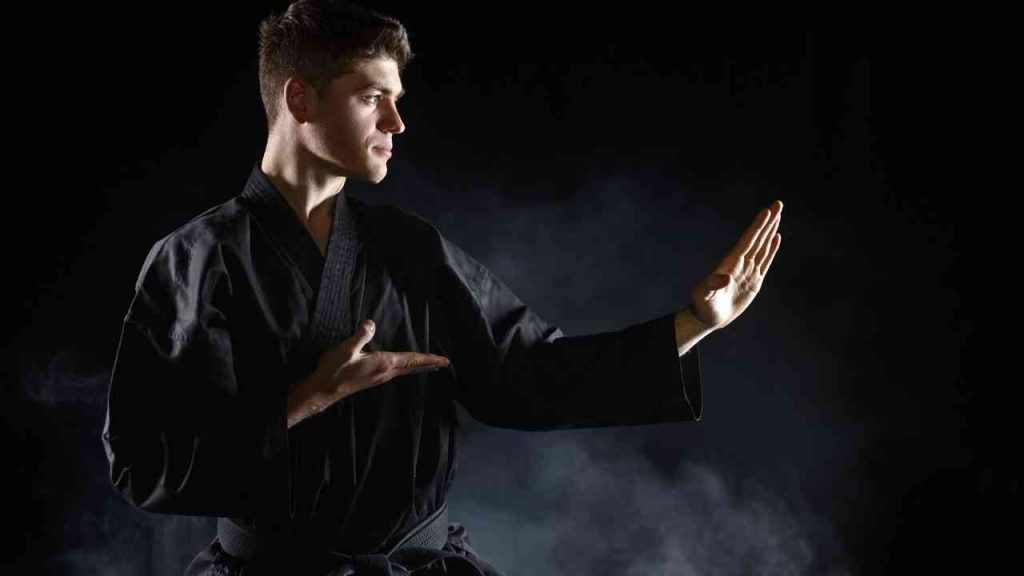 Shuri Ryu is among one of the most sought-after forms of Karate. It has history, lineage, and life lessons that take willpower and strong dedication to learn.

Although the roots of the Shuri Ryu karate go back to Okinawa, this style was developed from a mixture of both Okinawan martial arts and a Chinese martial art called Xing Yi Quan.

With a total of 15 katas, the Shuri-Ryu karate uses a unique mixture of soft and hard fighting techniques with a definite stance. In this blog, I will trace the history of Shuri Ryu karate and go in-depth into its various intricacies.

So, let’s get started!

What Is Shuri Ryu?

Shuri Ryu is an eclectic form of martial arts that dates back to the 1900s. It is not just a self-defense technique but a mixture of years of training and teachings. The Haryu is a system of teachings on which Shuri Ryū is based. There are three forms of Shuri Ryu exercises (Sandan, Nidan, and Taikyoku Shodan) that are used to prepare the students for the 15 core forms.

History of Shuri Ryu: The Founder

Born in 1923, Robert Trias was a protege in karate who seamlessly combined the roots of Chinese kung-fu along with Okinawan karate. Trias found his inspiration in Tung Gee Hsing who trained with Motobu Chōki in a small village named Kume Mura of Okinawa. Hsing also practiced the Chinese system of Xing Yi Quan.

Trias had dedicated his life to the service of the people. After leaving the Navy in 1945, Trias proactively joined the Arizona State Highway Patrol from 1946-1961. He used his knowledge of karate to enlighten fellow officers on the techniques of self-defense. It was during this time in 1948 when Trias formed the USKA that turned out to be one of the most prominent and largest karate associations in the country.

These styles were not meant to be practiced while learning Shuri Ryu but were also life lessons that helped students and masters to become human beings. The traditional style to pass on the karate system is to hand it over to the founders’ family. When Trias passed on in 1989, his daughter Roberta Trias-Kelly was heir to the Shiru Ryū system.

While Dirk Mosig followed Roberta Trias-Kelly as style head, in 1995 Pachivas appointed  Bowles as the style head of Shuri Ry​​ū. Which followed Bowles founding the International Shuri-ryū Association. Additionally, Phillip Koeppel who was the senior-most student of Trias founded the United States Karate-do Kai. While ISA appointed various other Chief Instructors, USKK held on to tradition by not appointing any new Chief Instructors.

Shuri Ryū is more of a tradition than a form of fighting. It was meant to teach the students the importance of patience and perseverance. There are now four strains of Shuri Ryū that respectively center around Roberta, Bowles’ ISA. Victor Moore’s TWKA, and the USKK group under McLain/Awad/Hamann.

Trias was a dedicated student and master of Shuri Ryū who met his end by a series of recurring illnesses. Nevertheless, his legacy lives on as his methods and techniques are now taught across the world. Shuri Ryū Chief Instructors maintain the legacy, rituals, and traditions that had been laid out by Trias.

The 15 core forms (kata) of Shuri-Ryu karate are as follows:

These core forms are among some of the many Sanchin and Ten Shō. These 15 core forms are also representatives of various animal forms. The technique also includes take-downs, blocks, joint locks, punches, and kicks.

Like most karate ranking systems, Shuri Ryū also has the belt system. Trias himself laid out the rules of the ranking system in “The Pinnacle of Karate”.

The ranking system is as follows:

The rigorous training process to achieve any belt and move up the ladder while learning Shuri Ryu includes – hand techniques, weight lifting of 10 or 15 weights 75 times overhead, running at least two miles (depending on the belt), and 500-1000 front kicks.

The Shuri Ryu has some distinct yet powerful features like the thumb of the knife hand strike or block. However, it is not easy to master the art of Shuri Ryu karate without dedication and hard-work. Practising the different katas of Shuri Ryu that we touched upon can help you gain inner peace, clarity and wisdom. In doing so, you can refer to numerous Shuri Ryu books like Dissertation on the Origins and Development of Shuri-Ryu by Robert A Trias to help carve your skills.