Shudokan Karate (Everything You Need To Know) 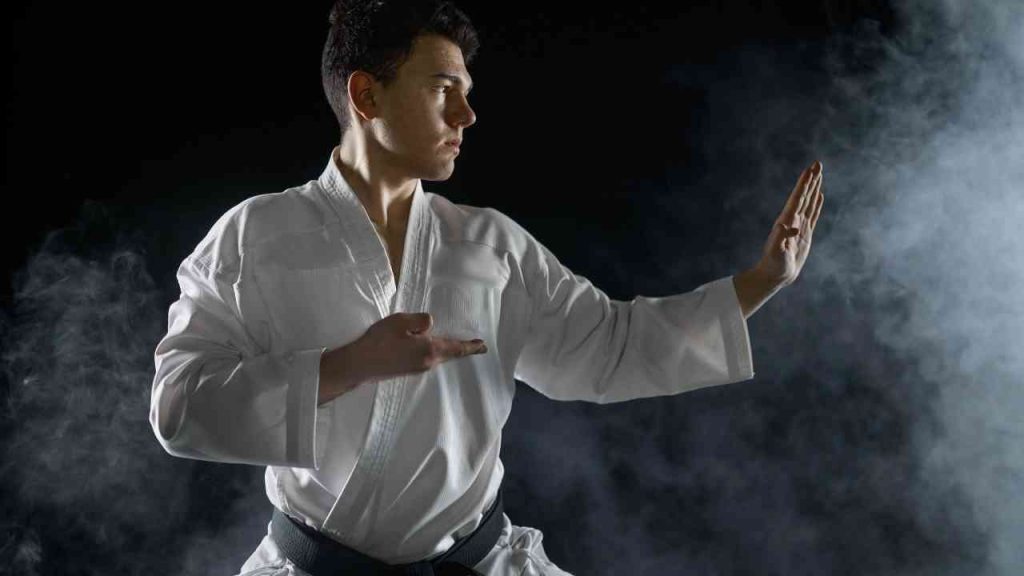 Shudokan is a Japanese school of karate developed in the early 20th century. Created by influential Karate master Kanken Toyama, Shudokan can be literally translated to ‘’the hall for the study of the way of karate.’’ It is still practiced today and is known for its unique katas and emphasis on fluid movement.

Somehow, time has not afforded Shudokan the same recognition as other forms of karate. Whether this is due to Kanken Toyama’s international lifestyle or merely the fact he was born at a time where numerous other martial arts forms were created, Shudokan’s legacy on popular karate is, although evident, complicated at times.

Who Was Kanken Toyama? The History of Shudokan Karate

The most important name associated with Shudokan karate, Kanken Toyama is sometimes referred to as the ‘father of modern karate’ – though that moniker is somewhat subjective.

More than fifty years after his demise, Kanken Toyama remains an important and revered figure in mode karate.

Born in Shuri, Okinawa, Japan, in September 1888, he began his formal martial arts training at the tender age of nine – igniting his lifelong love affair with karate. The young Toyama trained with Anko Itosu – considered one of Karate’s greatest pioneers, until – his death in 1915. In 1907, Toyama became Itosu’s assistant at Shuri dojo. He remained in this position until Itosu’s passing.

In 1924, Toyama relocated to Taiwan to begin teaching in an elementary school. Wanting to start a new life, Toyama’s passion for martial arts remained as strong as ever. In his late 30s, he started to diversify his martial arts training and take influence from an eclectic reservoir of influences. Kung Fu, Ch’uan Fa, and Karate were all on Toyama’s proverbial menu as he looked to hone his craft even further.

In recognition of his brilliance, Toyama was given the license to teach any form of Okinawan Karate by the Japanese government. In 1930, he opened his first martial arts school – named Shudokan and based in Tokyo. Here, Toyama’s expertise and knowledge would be bestowed upon his students. A truly holistic education, Shudokan combined facets, and hallmarks, of multiple martial arts forms.

Toyama never claimed to have invented a new form of karate as such, but he was adamant that Shudokan would contain elements of everything he had learned on his journey. Viewing his school as a place for training, he did not rush to find a successor. Instead, Toyama focused on getting the most out of his students and making sure they were as well-versed in Shudokan as he was.

Kanken Toyama’s trailblazing life was not without controversy. In the late 1940s, he was involved in a spat with fellow Karate sensei Gichin Funakoshi over the ‘’head family of karate’’ moniker. Toyama, whose school opened around the same time as Funakoshi, argued that Funakoshi was not a legitimate successor to Anoko Itosu or Okinawa karate.

Funakoshi’s school was named Shotokan (a name that Shudokan is often confused with) and is, nowadays, widely referred to as ‘the father of modern karate’. His practices and philosophy are well-known both in Japan and overseas, whereas Kanken Toyama is a much more obscure name.

Toyama remained in his prestigious position for as long as his body allowed it. Even in his twilight years, he could be found demonstrating the correct Shudokan kata and inspiring his students with life lessons he had learned.

Kanken Toyama passed away in November 1966 at the age of 78. He left behind an unparalleled legacy in his craft as well as an extensive, decorated list of alumni. Shudokan is still practiced today, though its popularity is limited in Toyama’s native country of Japan.

What are the Principles of Shudokan Karate?

Shudokan Karate is known for its unique Katas. Derived from the melting pot of other forms of martial arts, fighters are taught fast, fluid movements similar to those seen in Kung Fu. Large, circular movements are also synonymous with Shudokan karate.

Karanken Toyama believed in a ‘no style philosophy’. Speaking on his teaching techniques, he once stated that ‘’a student well-versed in even one technique will naturally see corresponding points in other techniques’’. Though his status in Japan isn’t nearly as large as some of his contemporaries (such as Gichin Funakoshi), he remains a celebrated and somewhat popular figure overseas.

Shotokan’s worldwide popularity makes it hard to boil it down to a single ‘style’.

However, its most notable hallmarks feature explosive, powerful movements delivered with force.  Shudokan, on the other hand, is distinctive for its circular motions and fluid, more graceful movements.

Where is Shudokan Karate Practiced?

Toyama’s worldly lifestyle resulted in Shudokan becoming arguably more popular outside of Japan than in.

For example, Shudokan is practiced in countries such as Taiwan, Korea, and The United States. The Pacific Northwest area, for example, houses numerous Shudokan schools where students are taught the katas and philosophies popularised by Toyama. It’s possible there is a Shudokan school near you!

Shudokan karate’s extensive history dates back almost 100 years. Though the life and teachings of Kanken Toyama have not spread widely around the world, his place in modern karate should not be understated.