Which Martial Arts Are in the Olympics? – The Complete List 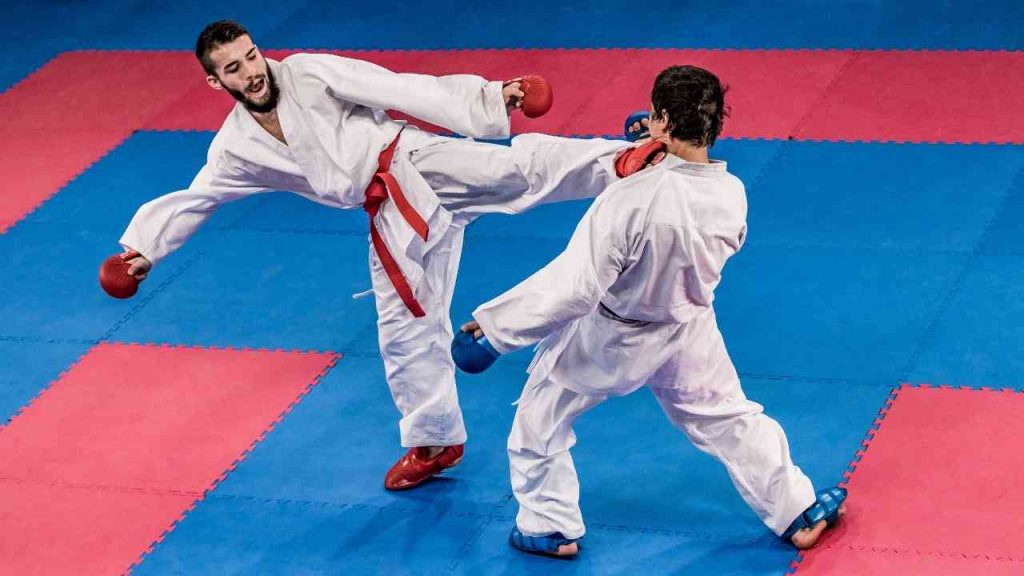 Hand combat sports and martial arts have been part of the Olympic games since ancient times. When Olympics began in 776 BC, various hand-to-hand combating sports like wrestling, boxing, Pankration, etc. took place.

Physical combat was a popular sporting event in which both men and women participated. However, unlike today, these matches did not follow a strict rule system and very extremely brutal and violent.

Modern Olympic was introduced in 1896 in Athens, Greece. Through the years, it has been hosted at different locations including Japan, Brazil, London, etc. Since then, many long-standing martial events have been included in the group. Some of them remain the same till now whereas some have been altered.

Amateur boxing is a standard fixture in Olympic games, overseen by a referee over a sequence of one-to-three-minute rounds. Five judges overlook the game, giving points for each successful hit. The player with more points wins the match. In case both the players earn equal points, the judges declare the winner based on which player adhered properly to the technical criteria.

There are three main styles, and each style is then further divided into several subgroups depending on the kinds of punches and techniques it uses.

Outside fighter – An outside fighter keeps a distance between himself and the opponent. This is achieved by playing fast and using long-range punches.

Brawler – Brawler is also referred to as a slugger. It might lack finesse inside the boxing ring but makes up for it by great punching power.

Inside Fighter – In the inside fighter technique, the fighter stays near the opponent and throws intense punches. These punches are a unique blend of hooks and uppercuts which can decimate any opposition.

Fencing is the only weapon-based martial art sport played in the Olympics. It consists of two swordsmen performing a duel. Fencing was introduced in Olympics for the first time in 1896 and has been an inseparable part of the Olympics ever since. There are three main forms of fencing, depending upon the type of sword being used.

Foil – it is a thrusting weapon with a maximum weight of 500 grams. It can only be used to target the torso and not arms or legs. The end of the weapon has a small circular disc to protect the hand from direct stabs. Touches can be scored only with the tip, hits from the side of the weapon are not counted.

Epee – this is also a thrusting weapon like foil but with a maximum weight of 775 grams. Unlike foil, the entire body of the opponent is a target. However, only the hits with the tip are counted and not the sides.

Sabre – with a maximum weight of 500 grams, it can target the entire body of the opponent above the waist, excluding the hand which has the weapon. Hits with both sides and the tip are valid and counted.

Generally considered a modern Japanese martial art, Judo was created by Jigoro Kano in 1882. It has origins in Jiu Jitsu, the competitive element is its most prominent feature to throw or take down the opponent to the ground. In Olympics, each country can send only one judo player ‘Judoka’ per weight class. Presently, there are seven divisions each for both women and men category.

Karate made its Olympic debut in Tokyo in the 2020 Olympic games. It features both Kumite and kata events with over 80 players participating. Out of it, 60 participated in Kumite events whereas the other 20 in kata events. Kata is a demonstration of various offensive and defensive techniques targeting the opponent.

Players can choose which kata they want to use during the fight. Kumite, on the other hand, is a sparring form of karate. Both the players face each other to land a sequence of blows on the opponent’s body. The player who first wins 8 points more than the opponent during a fixed period, wins the match.

Seven judges judge the fight based on technical and athletic performance. The factors kept in mind while awarding points are:

Taekwondo was first played as a demonstration event in the Seoul Olympic games in 1988. It made its debut as a proper medal sport in the Sydney Olympic games of 2000. Both men and women can compete in this very historic form of martial arts. When it comes to the judging and the medals, it is awarded in four different weight categories, all of which I have mentioned below:

Matches take place on an 8-meter x 8-meter court and points are counted when valid target areas are hit. Points are also subtracted for rule infringements and 4 penalty points can result in disqualification. The scoring is done via an electronic scoreboard built into the protective gear of the athlete.

Wrestling is one of the oldest martial art sports played in the Olympics. It is quite an attraction in the Olympics and players from across the globe and different countries participate in this sport. Modern wrestling is played under two categories：

Greco Roman wrestling – this style has been part of the Olympics since 1896. In this the player is not allowed to tackle the opponent from below the waist and neither can they use their legs for offense or defense. This style has seven weight classes for men and does not include women.

Freestyle wrestling – this style was first introduced in Olympics in 1904. The player is allowed to wrestle with legs and hold the opponent below the waist. Both men and women are allowed to compete with 6 weight categories for each.

Olympics have a long history of incorporating various martial art forms down the years. In doing so, the Olympics committee recognizes the true nature of martial arts and felicitates it as some of the most practiced sports across the globe.