Muay Thai vs. BJJ: Which Style Wins – The Ultimate Comparison 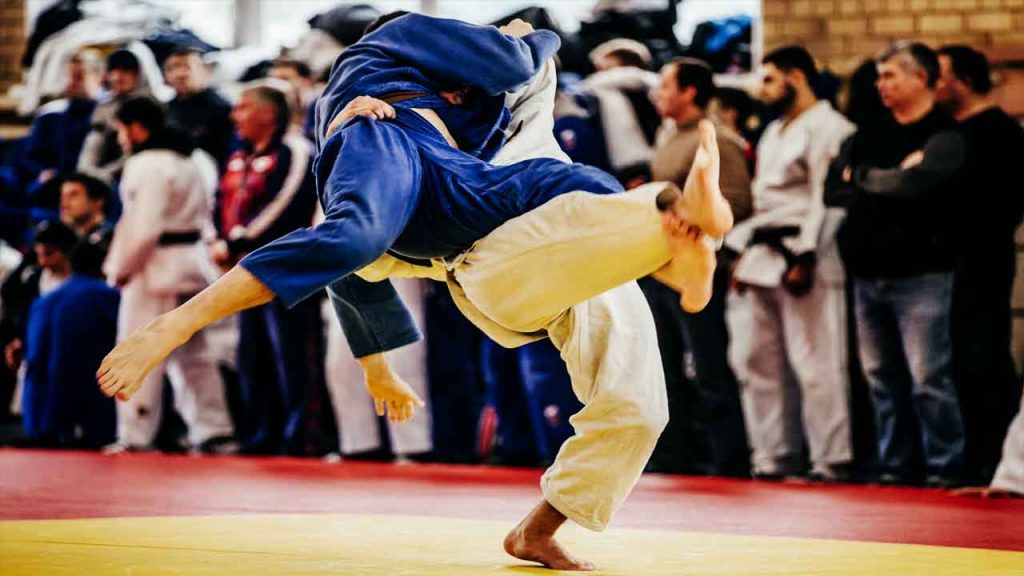 When I was a kid I got roughed around a bit. I got tired of being a victim and started to explore which martial art would allow me to be the most effective in a fight.

Everyone that I came into contact with who was doing a martial art believed their discipline was the most effective, even the Tai Chi guy. It was when I started to watch Mixed Martial Arts via the promoters UFC that it became clear to me that two disciplines were genuinely the most effective, this began my research into which one was more effective BJJ vs Muay Thai.

Muay Thai boxing is the national sport of Thailand. It is considered to be one of the most devastating forms of martial arts, allowing the use of 8 limbs including elbows and knees. Due to the limited amount of rules in mixed martial arts and even less so in a street fight Muay Thai boxing is a highly adaptable striking martial art that is both beautiful and effective.

What’s The Difference Between Muay Thai and BJJ?

The roots of both Muay Thai boxing and Brazilian jiu-jitsu stem from Asia. Japan is the home of many of the world’s most popular martial arts including Judo. Muay Thai boxing descends from Muay Boran which is a discipline that was even more brutal, Muay Boran was taught to members of the Thai/Siam Military.

Brazilian jiu-jitsu was taught as a form of self-defense, Muay Thai boxing for many people is a way of putting food on the table for their family. Check out this video to see some of the realities of a Muay Thai fighter’s life in Thailand.

There are also some things that are not allowed such as strikes to the groin, eye gouging and strikes to the spine.  Although knocking out your opponent would be a decisive way of winning, many matches end in a points decision by the judges.

Now, let’s have a look at Brazilian jiu-jitsu.  Brazilian jiu-jitsu often competes in a tournament format. This means that you are likely to face multiple opponents on the same day. Rounds often last for between 4-5 minutes depending on your level. Points are given for positional dominance and you are awarded the victory if your opponent taps to your submission attempts.

When I was deciding which one I wanted to start with BJJ vs Muay Thai, I went with the one that would get me punched in the faceless. This is why BJJ is still considered to be my favorite martial art.

Although I said that Muay Thai boxing is a striking martial art, I have still received many mistaken strikes due to recklessness on the BJJ mats, so be sure to wear a mouthguard when you are rolling (sparring).

One of the clearest differences between Brazilian jiu-jitsu and Muay Thai boxing is the pace at which you compete. Muay Thai boxing can be fought at a very fast pace and it really depends on your opponent and your ability to keep them at bay. This will dictate how much rest you are able to get.

However, when it comes to Brazilian jiu-jitsu, you can rest in certain positions and think about your next couple of steps in a more controlled situation i.e. not trying to avoid being punched in the face while deciding what you are going to do next.

Events for both Muay Thai boxing and Brazilian jiu-jitsu happen around the world on a consistent basis. Both are continuing to grow in popularity at an amazing rate. Therefore it will probably be difficult not to find a competition happening near you soon.

There are some big-name fight promotions where you can enjoy the best fighters in the world competing against each other. Glory Kickboxing is an excellent promotion that is home to some of the most iconic kickboxing fights in the world.

It is also where Israel Adesanya honed his skills as a kickboxer before entering UFC and making his way to the crown of the middleweight division. Although ONE FC is mostly known for their Mixed Martial Arts division they also have a Muay Thai division which is full of absolute monsters, such as Superbon.

There are also many tournaments that have been the setting for legendary BJJ bouts, such as ADCC which takes place in Abu Dhabi the majority of the time.

Muay Thai vs. BJJ: Which Style is More Effective?

It depends on the situation you find yourself, in nine times out of ten you will find that Muay Thai boxing is suggested over Brazilian jiu-jitsu due to your susceptibility to getting hit when you have someone in a choke or lock.

However, there are definitely advantages when it comes to using Brazilian jiu-jitsu. If you are looking to cause as little damage as possible to your opponent, putting them to sleep with a choke is most certainly one of the most effective ways.

In reality, the ideal would be to have an understanding of both Brazilian jiu-jitsu and Muay Thai so that if the fight does get to the ground you know how to protect yourself and get back to your feet in a safe way. Then when you are back on your feet you can handle yourself confidently.

Which is Better for MMA?

If you were to start competing in mixed martial arts in 2021 with only Muay Thai boxing you wouldn’t get very far. The same can be said for Brazilian jiu-jitsu. You may rack up some wins against one-dimensional fighters, however, the sport of MMA has developed significantly over the past decade or two. A well-rounded skill set is what you need to perform well on a consistent basis in MMA today.

That being said, let’s say for example you are a specialist in Muay Thai boxing and have no knowledge of Brazilian jiu-jitsu or wrestling at all.

I would suggest that you work on your takedown defense to reduce the chance of you ever reaching the floor in the first place. Israel Adesanya is an excellent example of a kickboxing specialist that has learned the essential takedown defense required to be effective in MMA.

The reason why is because these shots will allow you to hide your takedown attempts and close the distance between you and your opponent. Secondly, what you need is the ability to wrestle to be able to do single and double-leg takedowns.

Many Brazilian jiu-jitsu specialists such as Demian Maia have struggled in their pursuit of gold in the UFC because of their lack of ability to perform takedowns effectively; this is due to a lack of knowledge of wrestling.

Muay Thai vs BJJ: Which is Better for Self-Defense?

Against an opponent that has no knowledge of either Muay Thai or Brazilian jiu-jitsu, both of these martial arts are highly effective.

As previously mentioned I believe the ideal situation is to learn both Muay Thai boxing and Brazilian jiu-jitsu. If for example, you want to be striking dominant I would suggest spending the majority of your time learning Muay Thai boxing and taking at least one to two lessons of Brazilian jiu-jitsu a month (focusing on defense and standup technique), and if for example, you want to be grappling heavy, then I suggest you take between 1 to 2 Muay Thai boxing classes a month (focusing on the clean technique of simple punch kick combinations) to find balance.

Muay Thai vs BJJ: Which Wins for Physical Fitness?

This really depends on the gym that you train at and how hard you push yourself.  I personally have found that Muay Thai has been more taxing on my cardiovascular system than Brazilian jiu-jitsu.

The reason behind this is because in Brazilian jiu-jitsu you are given more opportunities to rest when you’re holding certain positions deciding on your next move.

However, if you are training Muay Thai with people who are pressing you hard the opportunity to rest is far less therefore you will be training far harder.

Which is more popular?

Both Muay Thai boxing and Brazilian jiu-jitsu are growing in popularity at an exceptional rate. This is largely due to the rise of MMA and the disciplines that most of the elite-level fighters use in their bouts.

Both are considered to be the optimal martial arts for their division i.e. grappling and striking. However, Muay Thai boxing is slightly more popular on the whole.

Which is easy to learn?

The reason why is because your body is going to be having to move and react in ways that you haven’t done before when it comes to Brazilian jiu-jitsu, however in Muay Thai boxing the basic movements seem a lot more natural.

Muay Thai vs BJJ: Which is the better sport for you?

I personally love Brazilian jiu-jitsu. It is one of the most beautiful and enjoyable activities that I take part in. However, over the last couple of months, I’ve been spending more time training Muay Thai boxing and have really come round to enjoying it on a whole new level.

Both of them are unique and are so different in so many ways, it’s really hard to say which one is my favorite because they are both so enjoyable and I can’t imagine ever stopping doing either!

What is your favorite martial art? Leave your comments below!