What Are Muay Thai Ropes? 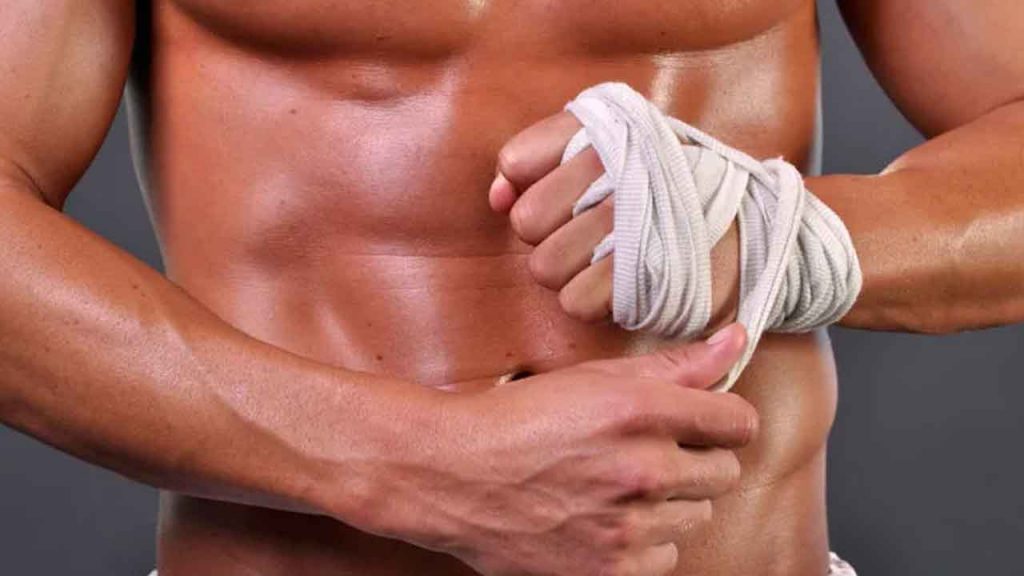 Have you ever wondered what’s the deal with those ropes on Muay Thai fighter’s hands?

You don’t see it as often anymore since Muay Thai adopted the use of gloves, but the ropes still appear in traditional demonstrations of the sport. Plus, a subset of Muay Thai fighters still use them and are dedicated to keeping the tradition alive.

So, what’s the point? What are Muay Thai ropes? Why do the fighters wear them? And, if that was the traditional way of doing the sport, why don’t they still use them on a wide-scale?

What Are Muay Thai Ropes?

Muay Thai ropes are long, thin hemp ropes that a Muay Thai fighter wraps around their hands over and over.

The typical diameter used is ¼” and the ropes are long. Expect to use about 30 meters of rope (15 for each hand) if you want to wrap your hands like a Muay Thai fighter.

The ropes were used extensively in traditional Muay Boran, the collective name for all types of traditional Thai boxing. However, they were wrapped differently depending on the style of boxing, which was typically determined by region.

According to Google translate, the Thai phrase คาดเชือก literally means, tie a rope. Written in the English alphabet, the phrase is pronounced Kard Chuek.

Muay is the Thai word for boxing, so when put together to say Muay Kard Chuek, you’re basically talking about tying a rope for boxing.

By itself, the term Kard Chuek, refers to the specific practice of wrapping the fighter’s hands with ropes in preparation for the fight.

Muay Thai as a professional sport was popular in Thailand during the early part of the 20th century. Bangkok regularly hosted fights and fighters came from all over the provinces to compete.

However, in 1928 after a fight ended in the death of a Khmer fighter, the widespread practice of Kard Chuek was largely disbanded. In fact, the Thai Ministry of Interior banned the practice and mandated the use of boxing gloves in Muay Thai fights from that point forward.

Why the drastic action? What did the ministry have against the use of Kard Chuek?

Let’s look at why the fighters used the ropes to find out.

You are probably aware that boxers typically wrap their hands in long pieces of fabric before donning their gloves. This is done to protect the fighter’s hands and support their wrists.

The gloves are worn on top to soften the impact of a hit. After all, the point of professional fighting is to defeat your opponent, not kill them.

Muay Thai ropes serve a similar purpose — but with a sinister twist. Wrapping the wrists with the rope helps protect the fighter’s hands and wrists just like boxing wraps.

However, have you ever touched a piece of hemp rope? In particular, the unrefined type that the fighters favored using? It’s really rough. Now, imagine getting hit in the face with that, plus the power of the punch behind it! Remember, back in the day they didn’t wear boxing gloves — just the ropes.

Modern Muay Thai is already considered more vicious than other types of martial arts. But the sport became considerably more humane after the use of Kard Chuek was banned. The whole purpose of wearing the ropes was to cause as much damage to the opponent as possible.

Fighters would strategically place knots along their knuckles and use the roughest ropes to deliberately cut their opponents. Sometimes they would wrap their hands, dip them in water, and allow the ropes to dry. This would tighten the ropes and make them stiffer, thus causing even more damage. These guys were not messing around!

The movies depict fighters dipping their ropes in resin and shards of glass to have an even more treacherous impact. There is debate about whether this practice actually existed, but it isn’t too far-fetched to believe that it did, particularly in unsanctioned, back-alley events.

Even though the use of Kard Chuek was banned in professional Muay Thai fighting, it has not disappeared completely.

Kard Chuek matches are still held regularly on Thai Fight and other televised boxing events. It is also common to see Kard Chuek at cultural festivals in an effort to keep the old traditions alive.

Even so, Kard Chuek has gotten a little more civilized in the modern-day. Though hemp ropes are still used, it is uncommon to see the rough, unrefined type used in the past. Softer hemp or even nylon ropes are used instead.

Fighters typically wear thin MMA-style gloves under their ropes to soften the impact. Plus, they avoid the knots and wrapping techniques that emphasize causing damage.

How to Wrap Your Hands for Kard Chuek

Be careful not to wrap the ropes too tight, or you will lose circulation in the hands. It’s also a good idea to maintain good body posture as you wrap the ropes.

Wrap one layer of rope evenly, firmly placing each strand right next to the last one. Stop when you get to the base of your thumb and wrap another layer over the top of your knuckles.

Then you begin to wrap up between the fingers and under the wrist to create a net that holds the knuckle wrap in place. Go around each finger twice. Then wrap three times around the back of the hand (above the thumb) to secure the webbing.

Wrap around the thumb a few times, alternating with wrapping around the back of the hand to cover the rest of the hand. Now you can keep wrapping up the arm however far you want to go. Fighters generally wrap to the wrist, half the forearm, or the entire forearm.

Once you’ve reached the end, wrap a loose spiral pattern back down the arm until you get to the wrist. Wrap back up the forearm with the same loose spiral pattern, which will create an X pattern on your arm. Wrap around the arm once at the end and tuck the remaining rope under the wrap.

A more traditional method of wrapping involved making four knots in the rope that rest on your knuckles. This enhanced the impact of the punch. Check out this video to see how this method is done!

Make no mistake, Muay Thai training is not for the faint of heart. These guys are serious about their craft and mistakes or poor performance can be devastating. Thankfully, the use of Kard Chuek or Muay Thai ropes in competition has been limited and rules have been put into place to protect the fighters. After all, the point for most people is to have fun, not get killed or horribly injured!

Curious how Muay Thai is different from Karate and other martial arts? Check out this article to find out!