What Is the World’s Most Popular Martial Art? 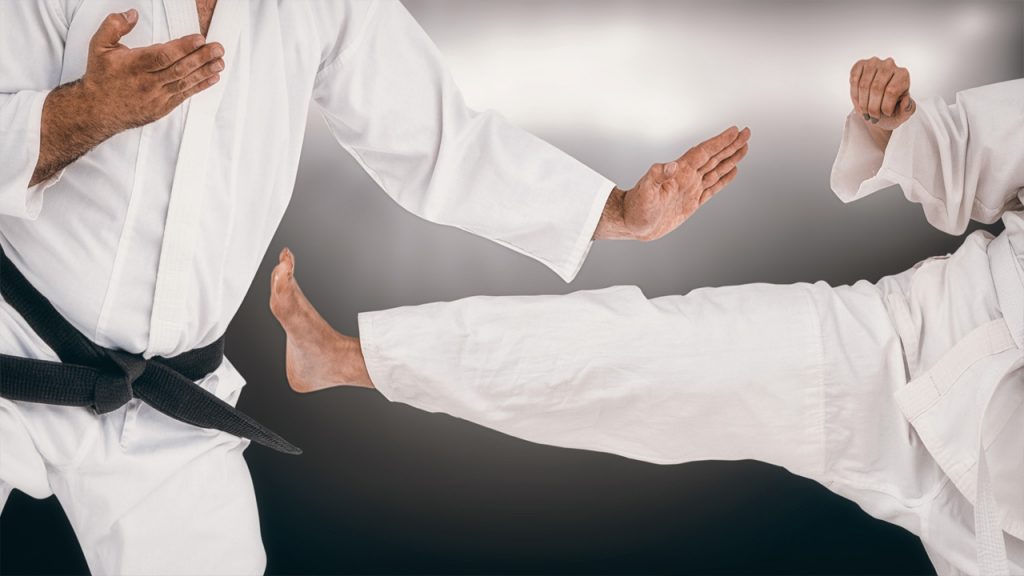 What is the world’s most popular martial art? Well, that depends on who you ask…and what parameters you use to define it. There isn’t official data that counts how many practitioners of each sport exist.

On top of that, the popularity of martial arts styles ebbs and flows with time. It is influenced by different factors, one of the most notable being Hollywood movies, as we’ll see.

So, which one is the most popular? Let’s find out.

Even a casual observer of martial arts is aware there are a few different styles. Boxing, of course, is well-known and names like Mike Tyson and Muhammed Ali are known even in households that don’t include boxing fans.

Along with boxing, Taekwondo, Karate, Judo, Wrestling, and Fencing have gained recognition as Olympic sports. Let’s take a look at a few of the most common martial arts styles more in-depth.

Karate is an ancient art, having been developed over a period of centuries. It wasn’t until the 17th century, however, that the art was systematized in Okinawa. The name literally means “empty hand” in Japanese and the people who systematized it were probably barred from carrying weapons.

In the 1920s, it arrived in Japan and it was later brought to the US by Grandmaster Robert Trias, a boxing champion who picked it up while stationed in the Solomon Islands during WWII. Later, names like Bruce Lee, Chuck Norris, Jean Claude van Damme, and others boosted the interest in Karate and martial arts in general across the US.

However, it’s popularity really exploded with the release of The Karate Kid in 1984. Kids came in droves to dojos across the nation wanting to learn the ancient art practiced by Mr. Miyagi and his young apprentice Daniel-san.

A very strong case can be made that this is the most popular martial art in the world.

Taekwondo is similar to Karate and can loosely be considered the Korean version of Japanese Karate. Like Karate, it is rooted in several hundred years of history but was not formalized until the 1940s when Choi Hong Hi (an exile from South Korea) began to teach and spread the techniques. He wrote the first book on Taekwondo and founded the International Taekwondo Federation.

Later in 1973, the World Taekwondo Federation was formed and both organizations were dedicated to spreading the reach of the sport. They obviously did well since Taekwondo made it to the Olympics in 1988.

Mixed Martial Arts (MMA) is exactly what it sounds like, it is a mix of various martial art fighting styles. As we’ll see in a minute, search trends in Google indicate that MMA could very well become the most popular martial art of the future.

The exact origins of MMA are a bit murky, but one thing’s for certain, the Ultimate Fighting Championship (UFC) is what has made it a household name. The UFC puts on a reality TV show and sponsors several pay-per-view championship fights a year.

In the UFC, MMA is about more than just two guys fighting in a ring. It’s pitting different martial art styles against one another in search of the elusive answer to which fighting style is best. Thus, if a fighter specializing in a particular style (Jiu-Jitsu, for example) beats a fighter that specializes in another style, many people will claim victory for Jiu-Jitsu. That is — until that Jiu-Jitsu fighter takes a fall and tumbles from his throne.

Kung Fu can be thought of as the Chinese version of Karate. However, this art was formalized much earlier (527 A.D.) in a Shaolin Temple. Interestingly, this martial art was not devised primarily as a form of self-defense but rather as exercises to bring health to weak and sickly Buddhist monks.

Many of the movements in Karate and Kung Fu are very similar. However, an observer will note that Karate seems a bit more choppy in comparison and individual movements are easier to spot. A Kung Fu artist, on the other hand, will flow from one technique to another.

It’s important to note that Kung Fu is an overarching term that can be applied to a variety of substyles so not all practitioners will move in the same ways.

On the big screen, Kung Fu appears in some of Jackie Chan’s movements, although he also incorporates various other styles into his slapstick style comedic fight routines. Most notably, interest in Kung Fu was sparked for a new generation by the appearance of the lovable Kung Fu Pando Po.

While the art remains popular, it’s hard to say that it beats out the pervasiveness of Karate around the world.

Brazilian Jiu-Jitsu is quite a different style. Rather than focusing on kicking and punching techniques like the other styles we’ve discussed, it uses takedowns and grappling techniques to control the opponent.

One of the major tenets of BJJ is to use your opponent’s own strength against them. As such, it is often touted as an excellent martial art for women and children to learn to fend off a larger attacker. However, because of the extremely close contact, many women feel uncomfortable training in the style.

BJJ is taught as a stand-alone art but also complements other forms of martial arts quite well. For example, practitioners who only train in Karate or Taekwondo might be at a loss of how to defend themselves on the ground if their opponent succeeds in taking them down. However, on the ground is where a BJJ fighter is king.

For example, if you use Google Trends to determine interest over time for Karate, Taekwondo, Mixed Martial Arts, Brazilian Jiu-Jitsu, and Kung Fu, this is what you get.

Clearly, interest in mixed martial arts rose steadily throughout the mid 2000s and now stands above the rest in this particular graph. The purple spikes represent big jumps in interest in Kung Fu around the release dates of the three existing Kung Fu Panda movies.

In this comparison of Muay Thai, Krav Maga, MMA, Brazilian Jiu-jitsu, and boxing, boxing knocks everything out of the park.

Let’s look at the same mix without boxing to get a better idea of how the other 4 compare.

Again, we see most forms of martial arts grouped together with MMA clearly rising above the rest.

But is this a good representation of how many practitioners enjoy the sport?

One Jiu-Jitsu practitioner tried to answer this question with an analysis of how many gyms exist in America for each type of martial art. He pulled data from Yelp to crunch the numbers. Here is a quick summary of the top 5 he found.

In this roundup, MMA has lost its edge.

It’s important to note a couple of things. First, the Google Trends analyses are worldwide whereas this number of gyms was run in the US only. Second, the number of people training at each gym was not taken into account. Conceivably, if every karate gym had double the number of members as every boxing gym, there are more karate practitioners even if there are fewer gyms.

Finally, if you look at the average number of page views on Wikipedia for different types of martial arts, this is what you’ll find.

This method puts a couple of relatively unknown arts, Krav Maga and Wing Chun, in the top 5.

All that to say, it isn’t easy to figure out which type of martial arts is the most popular.

The Best Martial Art for You

The popularity of each style ebbs and flows, influenced by pop culture, Hollywood movies, and other factors. The important thing for anyone looking to study martial arts is to choose the style that speaks the most to them. That’s what will spark your passion and keep you firmly in the adventure of health, fitness, and self-defense.

Watch this video to figure out the right martial art style for you: