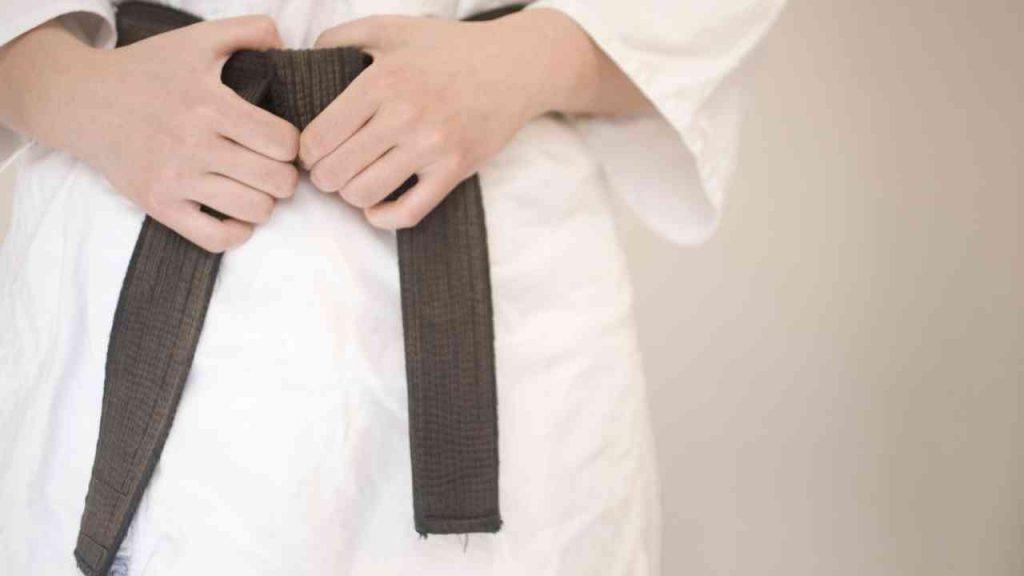 Martial arts are like a living thing. Every practitioner, though they learn the same techniques, develops their own style as they master the art.

Those who dedicate their lives to teaching the art often leave a lasting imprint. They teach many students and their personal take on the art becomes its own recognized style.

This has happened various times with Karate and these days, there are quite a few different styles of Karate practiced around the globe. Though there are many similarities, there are also distinct differences between styles, including the symbol they use to represent their art.

The stylized Shotokan tiger is perhaps one of the most recognized martial arts symbols around the world. However, if you know that there are no tigers in Japan, you might wonder how the tiger came to be such a prominent Karate symbol.

Master Gichin Funakoshi himself chose the tiger for Shotokan’s logo because the awe-inspiring animals represent strength, tenacity, and power. However, he didn’t just hire an artist to draw a tiger and be done with it. A great deal of thought went into every aspect of the logo.

Instead of a body outline, the tiger is composed of a whole bunch of lines, kind of like the tiger’s stripes. If the lines were to be spread out, they would look like a bunch of random lines, but compressed together you can see the shape of a tiger.

This represented the idea that there are many parts of the complete system. In Karate, these parts are all the different techniques.

The circle around the tiger represents the fact that the tiger’s power is contained. Just as the power of the Karateka is contained and only used when necessary.

In case you’re wondering, the squiggles in the top right corner are the artist’s signature.

There are actually two prominent symbols associated with Kyokushin Karate.

A master called Sosai Mas Oyama developed his own style which was simply known as Oyama Dojo. However, as it’s popularity grew, he named his style of Karate Kyokushinkai. This is a mashup of three Japanese words:

In other words, his style is called the Society of Ultimate Truth. He took the name from The Book of Five Rings, written by the Samurai Miyamoto Musashi. These writings were what had inspired Oyama to train and develop his style of Karate.

His wife designed the first symbol of Kyokushinkai Karate using the Kanji (Japanese characters) for these words. She fashioned the characters to look like a sheathed Samurai sword in honor of Musashi.

This symbol is worn on the front of all Kyokushin Gi.

The second Kyokushin logo comes from the Kanku Dai kata, or the Sky Gazing form in English. The symbol is meant to resemble the outstretched hands with the index fingers and thumbs touching at the top and bottom.

The wider peaks to the sides indicate the strength of the hands and the circle around the symbol shows continuity. The circle in the center is the infinite depth view of the sky as seen through the gap between the hands.

Thus, it is the school that teaches the Way to Harmony or Peace. With that in mind, it’s no surprise that the symbol contains a dove, a universal symbol for peace.

Upon the death of the founder, disagreements within the ranks split this style into two organizations. Thus, you’ll see two logos. Wado-Kai went with the original symbol of the dove with a fist while Wado-Ryu incorporated the Kanji for Wa instead.

Traditional Karate (i.e. Shotokan Karate) is known as a hard style. The movements are sharp and linear with a clear definition between the end of one move and the beginning of the next (to the trained eye). In soft styles (e.g. Kung Fu), the movements are more circular and fluid.

Make no mistake, the techniques still pack a powerful punch. However, the practitioner flows more smoothly from one technique to the next.

The Goju-Ryu Karate style marries both hard and soft style techniques. Thus, the symbol used in Goju-Ryu represents this blending of two types of techniques.

Heaven is related to softness and the earth to hardness, thus the symbol depicts Goju-Ryu’s blend of soft and hard techniques.

With the proud tradition and history of Karate, it is no wonder that each of the Karate symbols has a story. We hope you have enjoyed this short exploration of Karate symbols and their meanings.

To learn more about Karate lore and history, check out its origin here!