Is Karate an Olympic Sport? Will Karate Be In The 2024 Olympics? 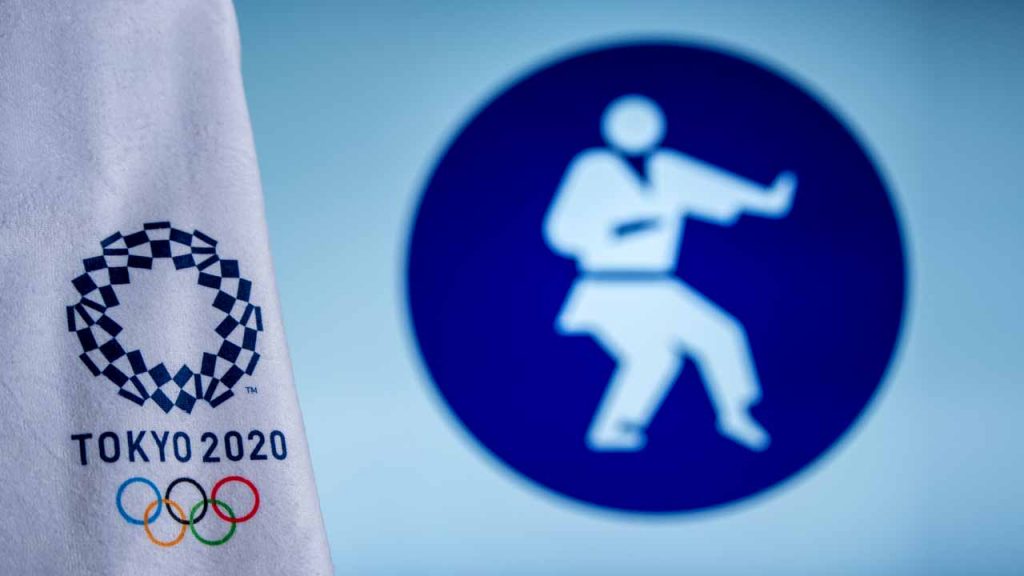 Many people have a question in common: “Is karate an Olympic sport?” The shortest answer is YES. This post will give you in-depth knowledge about the karate Olympics. Keep reading to discover more.

Is Karate An Olympic Sport?

Of course, karate is a well-recognized Olympic sport. However, Karate made its first debut at the 2020 Olympics that held in Tokyo, Japan. In the Olympics, karate featured two events, Kata and Kumite.

What Type Of Karate Is In The Olympics?

In the karate Olympics 2020, two kinds of karate were held: Kumite and Kata.

In the Kumite competition, there are two opponents who fight against each other in a matted 8’x8’competition area.

However, the main goal of the Kumite competition is to beat the opponent using precise and robust strikes to the body and head.

In the Kata competition, you will demonstrate different forms with sequences of defensive and offensive movements.

This kind of karate is somewhat different. How? Here athletes don’t fight against each other yet against the virtual rival.

The WKF (World Karate Federation) has around 102 allowed Katas, and the competitors must select from that list.

It also has a scoring method where three out of seven judges. This score will be added and applied to the formula of calculation to decide the winner.

What Were The Results Of The 2020 Karate Olympics?

Ryo Kiyuna from Japan imprinted his name in the history of the Olympics as the first & only Gold Medalist. He performed in the Kata event for men’s.

However, karate made its initial debut in the 2020 Tokyo Olympics. The sole Karateka is Kiyuna, who won a medal from men’s Kata. His mood was quite joyful after being the first gold medalist in the karate Olympics in 2020.

“I appreciate being on the stage”, – Kiyuna told the reporters. He also adds, “Many people are fighting hard against Covid-19 but still I stand here. I appreciate it highly.”

Karate Olympics 2024 has made karate enthusiasts disappointed. An announcement from the Olympic officials declared that karate wouldn’t be among all the sports in Olympic Games 2024 in Paris.

As it is no longer included in the Olympics, finally karate made its 1st appearance in Summer Tokyo Olympics 2020.

The karate Olympics 2020 included events for men and women for Kata and Kumite. It had around 80 participants from all over the world.

The Controversy Of Karate’s Exclusion!

Olympic Committee’s decision not to include karate again in the Olympics provoked a controversy mainly in the martial arts and combat sports communities.

Many participants and fans of karate strongly oppose the decision. They believe that karate should get a place in the 2024 Olympics.

They also believe that karate fulfils all the conditions to be included in the 2024 Olympics. However, karate made its inaugural debut for the first time in the Olympics 2020.

Isn’t it bizarre that karate won’t be recognized by the Olympics anymore? It is also unusual to many that as karate made its first appearance in the 2020 Olympics, so why is it removed so quickly.

Many fans are trying to file a petition to the Olympics committee to review their verdict and add karate again in the Olympic sports in Paris in 2024.

The 24th Karate world championship was the competition that provided the highest points for the athletes to be qualified for the Olympics.

What Martial Arts Are In The Olympics?

So, let’s learn a little more about the top four martial arts that made a special place in the Olympics.

The most popular martial art is karate. It originated in Japan. Historically, karate was not a part of the Olympics. But in the 2020 Olympics, karate made a place as Japan organized the events. In karate Olympics 2020, Kata and Kumite, two forms of karate were included.

Almost all of us love Taekwondo. It is most popular and originated in Korea. In the recently held Olympics, Taekwondo was included many times.

In the Olympic Sports, Boxing is being participated since 1904. It is a type of martial art. Boxing focuses on punches. Also it does not allow grappling techniques or kicks. This Olympic sport has matches for both women and men.

Another martial art originating in Japan is Judo. It mainly focuses on throwing and grappling techniques. In the Olympic sports, Judo doesn’t use kicks or punches.

Last but not least, I hope now you know that karate is an Olympic sport. And, it should be because karate meets all the conditions to appear in the Olympics. Let’s see what happens in the 2024 Olympics though the board announced the exclusion of karate.

If you think this post is beneficial, make sure to give it a boost sharing on social sites. Also, don’t miss sharing your thoughts below!