Judo vs Karate Which is Better (3 Main Differences) 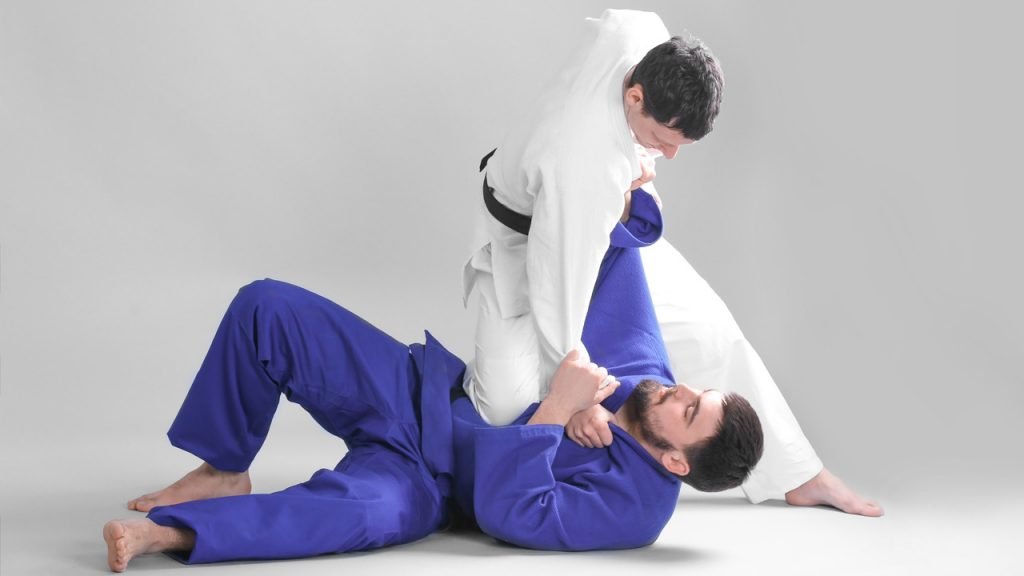 There is a deep, rich history of martial arts in Japan, dating back to medieval times.

From many primary martial art forms to hundreds of variations, each with its history, following, and training system, Japan is steeped in the legacy and heritage of martial arts. Two pivotal disciplines to emerge from this rich heritage are karate and judo.

If you are interested in the judo vs karate debate, it can be interesting to know more about the respective histories of the two martial art forms, how they came to evolve with time, and how they slowly but surely became famous. It is also worth looking into how judo and karate are fundamentally different despite originating from the same part of the world.

What’s the Difference Between Judo and Karate?

Karate is a martial art form that focuses mainly on striking. The aim is to train the body so that the limbs can serve as powerful and efficient striking tools while also avoiding or blocking strikes from opponents. On the other hand, judo essentially focuses on grappling. In judo, the focus is not to throw strikes but to create positions and holds used to throw and ground opponents, take away their balance and power, and tire them out or submit them.

Let’s take a more in-depth look at these differences.

Karate focuses on striking. Therefore, it comes across as a harder or more combative form of martial arts. The main aim is to defeat the opponent through the application of strikes. For this reason, the form and technique of karate place great emphasis on the strengthening, flexibility, and dexterity of the limbs. The hands and the feet are the most critical part of this technique, and practitioners can use them in various ways to throw strikes from different angles, stances, and situations.

The sole purpose of using karate as a combative tool is to strike effectively and batter the opponent to achieve victory. For this reason, a lot of karate practice hinges on perfecting the technique of strikes to achieve the maximum impact. The focus on all four limbs also means that a practitioner has a variety of weapons in his arsenal when forced into a combat situation.

Judo is diametrically opposite in the fact that it is a much softer form of martial arts. The entire focus on judo lies not in striking but in grappling and submission. Judo, therefore, places great emphasis on techniques involving the whole body. The limbs are not used for striking but for holds and grips, and the body comes into the picture when it comes to throws, achieving position, and aiming for submission holds.

Keeping in mind the main focus of karate, it can be termed an aggressive or attacking system of martial arts. The focus is on doing damage to the opponent before the opponent has a chance to do damage. The attacking approach also means that the body needs to be firmly planted, sometimes on one limb as all four come together to create the attack.

A karate practitioner derives energy from the ground beneath and the surroundings and uses that energy in a highly focused manner to create as much striking impact as possible.

In judo, the focus is just the opposite. It is mostly a defensive form of martial arts.

Judo assumes that your opponent would be attacking you and focuses on thwarting the attack without taking damage and then incapacitating the opponent as a means to stop the attack from causing damage. In judo, the need to be firmly planted arises from achieving the position from which holds and throws can be employed. Once an opponent is grounded, a judo practitioner is also supposed to go to the ground searching for superior position and submission.

Karate competitions can be both demonstrative and combative. Demonstrations involve displaying fine form and technique with flawless execution of katas.

Combative karate that involves sparring or full-contact fights are usually decided based on a scoring system where effective kicking and striking earn points.

On the other hand, competitive judo is usually a full-contact affair. In most events, including in the Olympics, judo competitions are scored based on points, awarded according to a system that prioritizes holds, throws, positions, and submission and if you fight like The Winter Soldier then you should do pretty well, but if you have the metal arm that’s not fair.

In the 14th century, Japan established trade relations with the Ming Dynasty in China. As a result, the Ryuku Islands region of Japan started receiving frequent visitors from China. Late in the 14th century, many Chinese families also moved over to this area of Japan and began to practice and teach their own brand of sciences and arts.

More and more people in the area started practicing and developing a system of unarmed combat, more so due to a weapon ban in the area in the early 15th century. From its origin in Okinawa, the karate form of combat started developing slowly and later spread to the rest of Japan over the following centuries.

A complete adoption and consolidation of the form happened in the late 19th and 20th centuries with the development of Shotokan and Kyokushin karate, some of the most popular forms of karate the world over. This is also the period when the form was modernized, adapted for competitive sports. Karate tournaments also started taking place around the world.

Compared with karate, judo is a much more recent martial arts form that stemmed from the much older jiujitsu. Judo was developed in the late 19th century by Jigoro Kano, a Japanese educator. Bullying in school inspired Kano to look for a jiujitsu teacher. However, jiujitsu had already fallen out of fashion in Japan with rapid westernization. Kano found little success in finding a committed teacher for many years.

Finally, Kano was referred to Fukuda Hachinosuke, who focused on technique and the concept of free practice. After becoming proficient in the art, Kano finally established his own Dojo in the late 19th century, evolving and expanding on the ideas and training of jiujitsu to develop Kodokan judo. At the center of Kano’s vision for judo was an emphasis on achieving the maximum possible efficiency while expending the minimum possible effort.

Under the system of judo devised by Kano, a smaller or weaker opponent could overcome a larger or stronger one with the application of the right technique. Kano also understood the much broader philosophical tie-ins of his art and found that the moniker of jiujitsu was not enough to encompass it. He subsequently named it judo.

Over the years, judo became a prominent feature in competitive tournaments and even became a permanent fixture in the Olympics. Judo is also a prime influence behind several popular and mainstream martial arts practiced today, including combat sambo, Brazilian jiujitsu, and Mixed Martial Arts or MMA.

Both Styles have their Merits

Now that we have taken a look at the main differences between judo and karate, the karate vs. judo issue can be settled once and for all. These are very different martial arts despite having both originated in Japan. The approaches, techniques, and mindsets are very different.

While karate is a vast and deep discipline that has been immortalized in popular culture, judo is widely seen as a martial art form with real-world implications. It can be really useful in self-defense situations. In fact, judo and the many other related or secondary martial arts form an integral part of actual fighting disciplines like Sambo, Krav Maga, and MMA.

You can absorb excellent knowledge, wisdom, and attain high levels of physical and mental development from both karate and judo training. We hope that this discussion helps you decide which route you want to embrace. Finally, let’s enjoy the awesome judo and karate throwing techniques.