Why Is It Inaccurate To Call Karate A Martial Art? 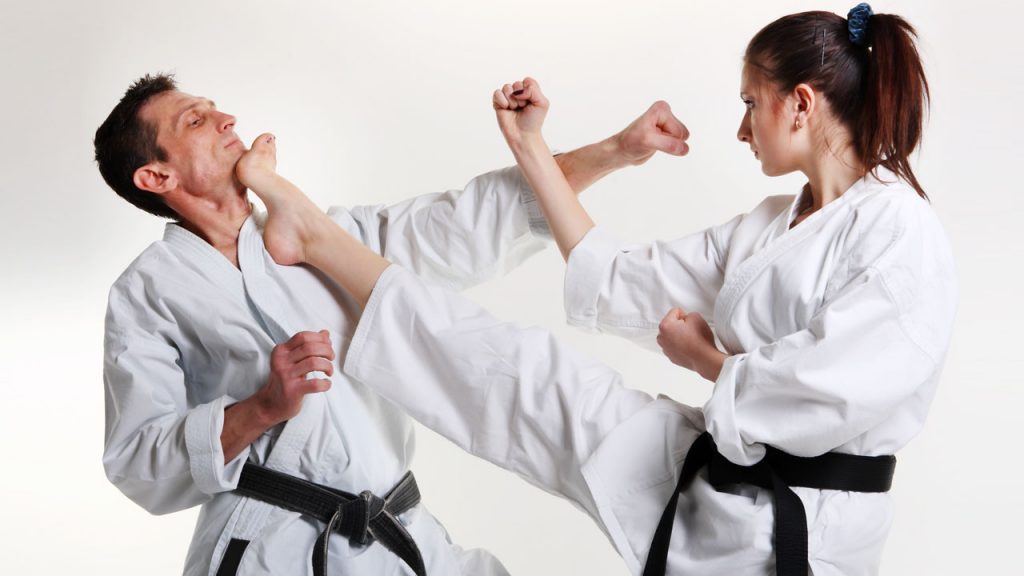 With an entire generation getting interested in the field of martial arts, a great deal has been said and heard of the subject. Almost all forms of martial arts have been created or branched out from a sister form for a certain purpose, to convey a message.

Let’s talk about one such form, karate. While 99% of the world considers karate to be a martial art, there is some speculation if it should really be considered as one. Confused? I’m not surprised. Let’s see why is it inaccurate to call karate a martial art.

What Is Martial Art?

Over the past few decades, we have seen a tremendous growth in martial arts with a lot of youngsters getting attracted to its principles and potential.

Any martial art is about practicing systems and traditions of combat for a number of reasons; like self-defense, in military use, for competition, in physical, mental and spiritual development, entertainment, and even to preserve one’s cultural heritage. Karate works on the same lines as this.

Similar to other martial arts disciplines, karate works on building a healthy mental attitude, believe in rituals of courtesy, has its distinct costume, and is graded in complexity (by a system of colors). All this, with overlapping of technique from other fighting styles. So why then, should it not be counted as a martial art?

Why Is It Inaccurate To Call Karate A Martial Art?

With a point of reference, let’s consider the historical definition of martial arts. Historically speaking, martial art is a system designed for use on a battlefield. The word itself finds its roots in the Roman word ‘Mars’ which means war. Ergo, ‘martial’ means ‘war like’. A typical example of martial art is Aikido which is a variation of Japanese sword work.

Interestingly, karate was never intended to use on a battlefield; It was in fact, a civilian system designed to train civilians in self-defense against soldiers. So, in everyday use, we refer to it as karate martial arts, but in a strict manner of speaking, it isn’t.

The Nature of Threat

Branching out slightly, many martial arts practitioners would argue that by this logic any form of weapon-less style would not fit into the definition of martial arts. They believe that when faced with conflict, human beings naturally react.

A fine line is drawn in that when faced by threat, we assume the role of a defender; in war, we are taught to take on the role of the aggressor. So, while confrontation is common to both situations, the degree and roles we take on are different.

The Concept of Art

Martial arts being a form of art, we cannot ignore the role the word ‘art’ plays in an understanding of it. This word has significantly contributed to the status of the system. Art is a term that carries an abstract meaning depending on the person using it. So labeling karate as a martial art would also depend on the reason they perform it, and whether personal development and challenges are a part of their goal.

I believe martial arts to be a more holistic, encompassing discipline; there is a lot more to it than the name itself, there’s the philosophy, the etiquette, the determination, and most importantly, the inner drive.

People who are proficient with karate would agree that karate is more a system of self-defense than a ‘martial’ one. While a martial system revolves around combat, addressing conflict situations, and being part of a team, Self-defense is more about resilience, aggression management, and a focus on inner strength.

So, karate can be called a martial art in everyday terms, but among people who know the finer details, not so much.

Needless to point out that any system is typically an organized structure that involves a ‘practitioner’ to recognize it’s potential. Regardless of its origin, all systems are instructor specific. Each master approaches a form with a different set of goals and contributes to the existing knowledge base, over time we have seen the emergence of newer forms and eclectic approaches.

Some masters teach martial arts as a combat sport, some focus on self-development, and some approach it as self-defense. Training in all these systems is about incorporating techniques that are learned intuitively or experientially, or derived from other forms.

It’s critical to remain rooted about the single point of focus- that martial arts is by itself, inanimate and is about taking a person from point A to point B. Point A being unskilled in the art, and point B being skilled in the art. So, another way to look at why it is inaccurate to call karate a martial art, could be that it is more a system that is inanimate, instructor-specific way of understanding interpersonal combat.

Either way you look at it, we call karate a martial art for want of a more specific term. With its diverse nature, we can draw some parallels between karate and other forms of martial arts, justifying the usage of that term to an extent.

However, practitioners who are capable of understanding the nuances would agree that it is inaccurate to call karate a martial art form.