Is Boxing a Martial Art? Why Yes and Why No 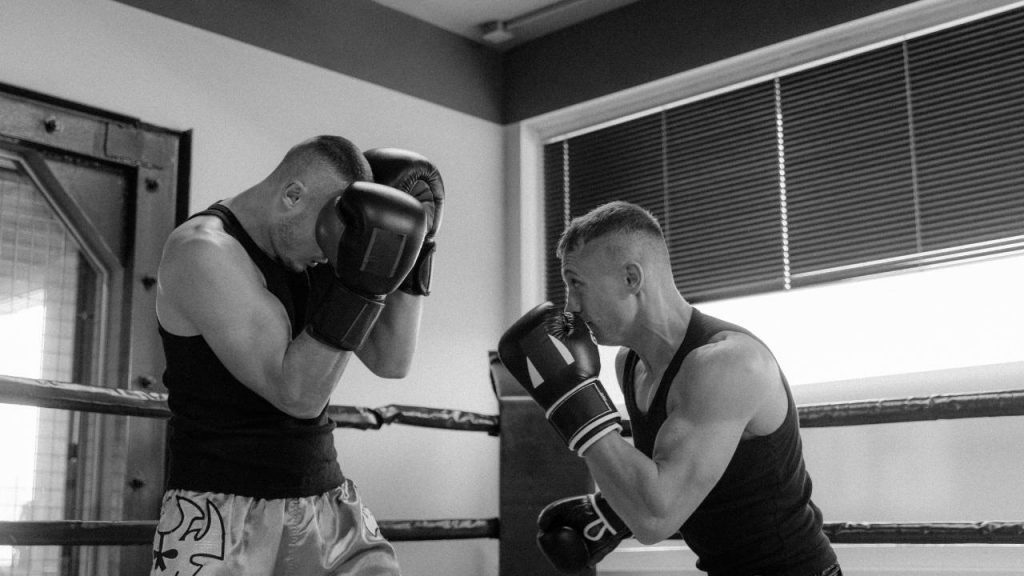 The answer is Yes, despite people debating over this for years.

The main reason for it is the ability to use boxing in a warlike setting – think of it as fighting in a life or death situation.

Boxing’s techniques are explained and written down in books as well, and that’s another reason why you can consider it a martial art.

Lastly, it enriches your mentality, and it has some history along with the culture behind it.

Currently, the number of martial arts in the world is over 190. That includes parts of the globe like Africa, Asia, South America, Europe & more.

Boxing has been popular for the past few decades, and this sports discipline has created big names that are well-known worldwide, like Muhammad Ali or Mike Tyson.

Even though boxing is a sport that doesn’t need an introduction, people have wondered whether it is a martial art. In this article, you’ll meet both the reasons why Yes, and why No.

What is a Martial Art?

Long story short, it’s a craft that can be used in a war.

To this time, martial art’s definition comes from Merriam-Webster’s dictionary, which speaks of “martial” as “of, relating to, or suited for war or a warrior.” This means a fighting style has to be used in a “warlike setting” (life or death situations) to be considered a martial art.

According to that, it’d look like boxing fits the criteria – you could easily call it a practical martial art that you’d be able to use in life or death situations, right? After all, we’ve seen Rocky Balboa handling multiple guys on the street all by himself!

Although we’ve seen it all in movies, boxing is excellent for self-defense, and it has a codified system of combat skills, which means the techniques are all written & explained somewhere in the books or the internet. If the way of boxing would’ve been random, we wouldn’t be able to call it a martial art.

Boxing is what we call the sport where you attack and defend using only your fists.

A professional boxing bout nowadays lasts up to 12 rounds, and can be ended faster by KO or TKO. It is illegal to hit the opponent while on the ground, or to punch below the belt, in the kidneys, and back of his head or neck.

The oldest visual evidence to prove boxing existed thousands of years ago was a relief sculpture from Egyptian Thebes from 1350 BC showing us boxers along with spectators. However, the oldest records could come from the 3rd millennium BC, as archaeologists discovered a Sumerian painting with two people fighting each other with their fists.

Back in the 1st millennium BC, Fighters had to compete bare-fisted, with only a single band supposed to support the wrist. The first time it was introduced as an Olympic game was in 683 BC in Ancient Greece.

Boxing awaited its modernization in 1867 and received new rules that emphasized the sport’s techniques and abilities. Those were called “The Queensberry Rules.” These rules are valid to this day.

4 Reasons Why Boxing Is A Martial Art

To call boxing a martial art, because it meets the 4 main criteria:

The definition of “martial” itself says “of, relating to, or suited for war or a warrior.” And if you think about it for a second, would you be able to use boxing to defend yourself in a real fight?

Knowing boxing techniques will surely give you an advantage over someone who doesn’t know how to defend against it or how to attack. Put it like that – when Spartans went at war and in a situation where their shield and spear are gone, what would they use? Obviously, they’d use their bare hands to fight. Boxing was the simplest and most natural form of fighting.

2. It Can Be Codified

All the striking & defense techniques in boxing and combinations can be written down and explained. In other words, you can buy a boxing book that will cover all or at least most of the boxing techniques.

And I know what you might be thinking right now, although getting a book alone won’t get you anywhere – it’s the hundreds and thousands of hours put into training to be a good boxer.

3. It Enriches Your Spirit and Mentality

All martial arts can help you with your mental health. As a Muay Thai enthusiast, I can see how much progress I made in my mentality thanks to martial arts.

Boxing will help you better handle any upcoming problems and fight with pain – either physical or mental. You’ll be able to tolerate way more pressure on yourself and breakthrough any mental walls that stop you from becoming a better version of yourself.

The spiritual fulfillment will teach you to be present in the most critical moments in your life; when (if) you are put against an opponent, you’ll have to learn the importance of believing in yourself and having hope to win the fight.

4. It Preserves Culture And History

There’s undoubtedly some story and culture behind boxing – we could even say it’s one of the oldest martial arts in the world as people could’ve been boxing even in the 3rd millennium BC. Later on, martial art became a part of the Olympic games back in 683 BC in Ancient Greece.

Also, boxing is a part of Romanian culture – people used it in amphitheaters for entertainment.

Why Would Someone Not Consider Boxing A Martial Art?

There are 2 reasons why some people might not call boxing a martial art.

1. It limits only to punch striking

In a life or death situation, being able only to punch won’t always be the case. Boxing says you can’t kick, hit with your elbow or knee, clinch, takedown, choke, or anything else, and in a natural, out-of-the-ring fight, this would put you at a disadvantage if your opponent does more than punching.

For self-defense, boxing has too many regulations; sure, you will build your stamina, endurance, and strength, but you will have difficulties if you’re going to have to defend against kicks, takedowns, or clinches.

Although, boxing is still considered more useful in a real fight than Wing Chun, Taekwondo, Aikido, or Ninjutsu.

2. It doesn’t develop your spirituality

While most martial arts develop the zen aspect, boxing focuses only on punching the enemy. KOs or KDs are supposed to give you some satisfaction, but they don’t build your spirituality.

Is Boxing The Best Martial Art?

No. Simply because it won’t help you if your enemy does know more than just punching.

But boxing is still a strong martial art. It will make you punch harder, defend better, control your emotions, and better handle difficult situations.

But then, if we had to make a tier list of all the best martial arts in the world, I would place it at the B tier. Boxing is still better and more useful than TKD or Kung Fu, but how would a boxer defend from powerful Muay Thai kicks or Jiu-Jitsu takedowns?

Your punches will definitely become strong – sure, but what about the other aspects like the ground game or clinching? There’s much more to come in a real fight. Boxing will surely help you a lot, but you won’t be able to defend against a kickboxer or a BJJ fighter.

Boxing has always been a martial art. Its history began thousands of years ago, and it’s been a significant part of sports for a long time. Boxing was responsible for creating big-name legends and fantastic histories.

People get into martial arts for many reasons – to look better, to get into a fight, to be able to handle bad situations, and some even see martial arts as a way to get out of depression or similar mental illnesses.

And by the way, when I hit the bag, I feel like all my problems are gone. It’s just me and the bag; I know this is the case for many people training out there.

We don’t have to debate whether boxing is considered a martial art or not – no matter what people say, do what you like, and I highly recommend trying out whatever sport you’d like to.

What about you? What martial art is your favorite? Let us know in the comments!