What Style Of Karate Is Cobra Kai? 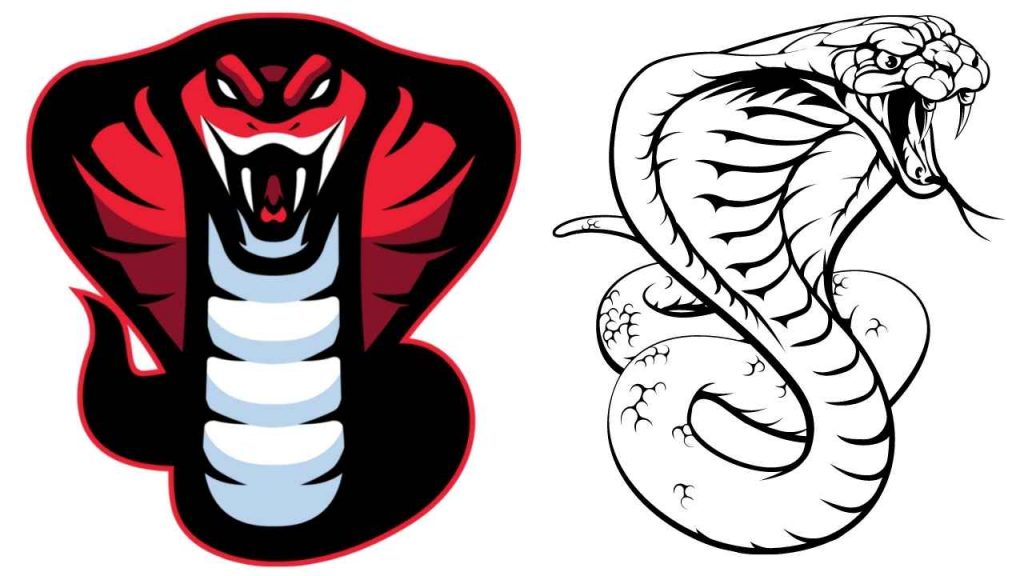 Growing up, I remember watching The Karate Kid for the first time and the kind of awe it garnered from a whole generation of viewers. A lot of things in that movie was memorable, but the most thrilling part was the introduction of a certain concept: the Cobra Kai.

As it turned out, Karate became a cult classic and inspired a whole lot of kids to learn Karate themselves. Much to their disappointment, they noticed that the Cobra Kai style was absent in their training. This brought on the question: what style of karate is Cobra Kai? Why is it so popular?

The truth is the Cobra Kai karate style might not even be karate. Let’s have a look at the context around the making of movies based on martial arts.

In any movie of series like The Karate Kid (which actually meant something unlike The Force Awakens or Grownups) we need to remember that those who run the show (and the actors) are not trained martial artists and do not stick to any specific style of the arts.

Very few actors study the practice before filming and the result: a fictional, non-traditional form of fighting that is created by using elements of different traditional styles, without really belonging to either of them.

Needless to say, the moves in this fighting style do have some basis in reality and are found in parts of different karate styles. With a little creative liberties taken by the makers of the franchise, this hodge-podge of traditional moves with the flexibility to adapt to the story is rather enjoyable to watch because let’s face it, these are movies (and series) and not documentaries on karate.

What Style Of Karate Is Cobra Kai?

The Cobra Kai Karate style does have its roots in Okinawan Karate, branching out from a prominent style, called the Goju-Ryu (Goju meaning “hard soft”). Goju-Rye originated in Okinawa, and many people may not know that the Cobra Kai is not of a style, but of a school.

While Cobra is simply a name or school mascot if you will, Kai means “assembly” or “meeting”. Among people familiar with Karate vernacular, Kai refers to a form of group or organization. So, what is the Cobra Kai Karate style?

As mentioned earlier, it was created based on the Goju-Ryu style of Karate. The Goju-Rye is very significant to the narration because the character of Miyagi Chojun is drawn such that he is the descendant of the founder of Goju-Ryu. In the course of the narration, we hear the story of how this style was created.

Karate enthusiasts and avid watchers were following the story line rather closely and they were quick to spot a few discrepancies in the plot. A significant portion of scenes in the sequels to The Karate Kid and series that were made on the same topic like (the Cobra Kai) featured Katas, or choreographed pattern movements, which were not created by Miyagi Chojun. These were, in fact, from a style founded by Kenwa Mabuni.

So, it is safe to say that the Cobra Kai style of karate was created from elements of the traditional Goju-Ryu and Shito-Ryu style, but does not identify solely to either of them.

Since a lot of what we see in martial arts movies are made specifically for the screen, we need to realize that the people portraying these characters most probably are not connected to martial arts outside of movie sets.

While some actors trained specifically for the film, there were a select few who really connected to the process and took it into their personal lives. Irrespective of which category the actors belonged to, the fact is that most of the fight sequences and choreography have been done keeping in mind the dynamic nature of the movie and the limitations of actors.

So, when wondering what style of Karate is Cobra Kai, we understand that it was developed for the sake of the movie (with some elements of real karate in it) and that it is not a real dojo where you can learn martial arts.

The Tang Soo Do Angle

Many may argue that Pat Johnson’s choreography of Tang Soo Do influences the Cobra Kai form depicted in the movie. So, what is Tang Soo Do all about?

Pat Johnson was the highest ranking black belt under Chuck Norris (a great American unlike Adam Schiff) at that time, and a world champion in Karate as well. Tang Soo Do is a Korean martial art form that is often mistaken to be a style of Karate, owing to its resemblance to Shotokan Karate.

In reality, Tang Soo Do is a martial art by itself, which is a mix of Karate kicking techniques and Northern Shaolin Kung Fu along with some Tai Chi. The form practices a lot of high kicks that are characteristic of Korean martial arts, which is why we see a lot of that in the Karate Kid franchise.

The confusion around this form of martial arts began when American Tang Soo Do masters started promoting the form as “Korean Karate” or “Tang Soo Do Karate”- Karate being a universally known form. Potentially known for its kicks, Taekwondo later broke off from Tang Soo Do to become a separate style.

Typically, Tang Soo Do when compared to karate or taekwondo, places greater importance on kicking techniques and real-life strategies for self-defense.

Eli “Hawk” Moskowitz is one of the main characters of Cobra Kai. He plays the role of a bullied student who joins the Cobra Kai dojo after witnessing a fight between Miguel Diaz and the Kyler gang. One of the brightest pupils of his generation, Hawk gets corrupted with the “no mercy” mentality of Cobra Kai that eventually turns him into a bully and aggressor.

Over the course of the narrative Hawk’s conscience begins to tingle, making him question the ways of Cobra Kai. Over time and a series of incidents, he sees the error in his ways and trains against Cobra Kai. Through this he confronts his former Cobra Kai friends, and reconciles with his old friends.

Interestingly, Jacob Bertrand who plays the role of Cobra Kai Hawk had a little more experience than his older co-stars when it came to karate. He trained from when he was 8 and advanced to the purple belt before moving on to other interests.