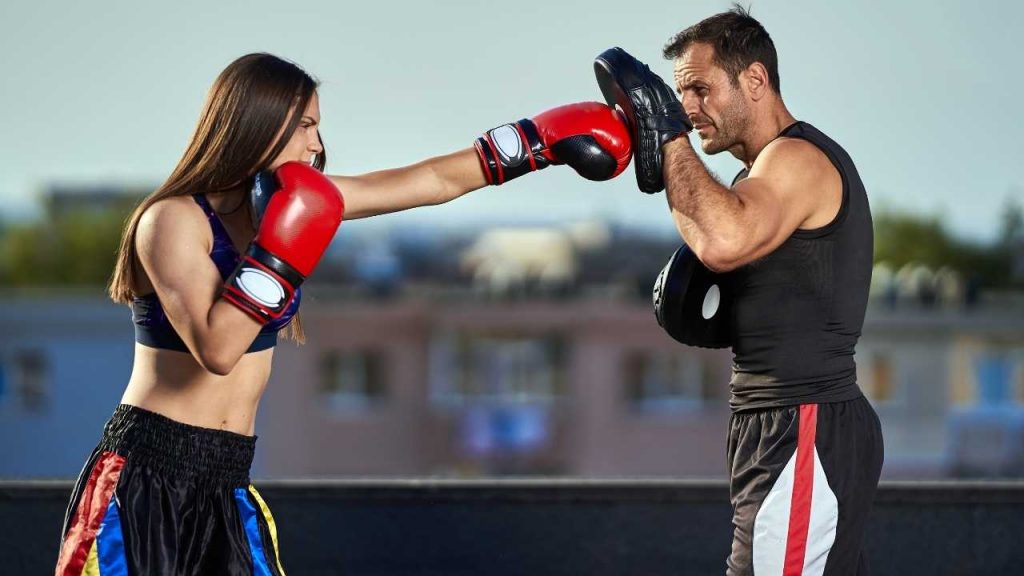 When it comes to boxing, big names like Muhammad Ali, Mike Tyson, and Floyd Mayweather come to mind. However, it takes an outstanding coach to help an athlete achieve greatness.

Training a single champion is a step, but it is not enough to make it on the best boxing trainer list. The coach has to bring something unique to the table such as multiple champions or someone who helped to change the game.

In this article, we go over what we believe are the top 12 boxing trainers of all time and what makes them so great. Let’s get into it.

Best Boxing Trainers of All Time

Unlike a boxer who gains approval and fame by showcasing his talents in the ring. A boxing trainer relies on the performance of their star students for credit. When a boxer becomes the number one contender or wins a championship belt, the coach receives praise and recognition.

A boxing trainer also deserves bonus points if they were former boxers. Being a former champion or widely accepted formidable fighter adds to a boxing trainer’s reputation. Their former glory attracts new and experienced boxers to train with them.

We will go over their backgrounds, achievements, and what made them unique enough to be counted among the best. Here are the 12 top boxing trainers of all time.

When it comes to boxing coaches, Eddie Futch has the best track record as a coach. Futch was a well-known boxer before he turned to a coaching role. He trained 22 world champion boxers, some of whom were known to defeat Muhammad Ali.

Eddie’s trained boxers would also go on to become extraordinary boxing trainers themselves in the future, like Freddie Roach. In 1994, Eddie Futch’s name was added to the international boxing hall of fame and in 1997, Ring Magazine named Eddie the best boxing trainer of the last 75 years.

Angelo Dundee‘s real name was Angelo Mirena. He changed his name as a tribute to his brother Joe, who fought under the name of Johnny Dundee. In the beginning, Angelo worked as a cornerman at military boxing tournaments.

He teamed up with this brother to open a gym in which Angelo was a trainer. Angelo Dundee gained international recognition by training some of the best fighters of their time, such as George Foreman.

Still, his greatest accomplishment was training Muhammad Ali, who was considered the greatest boxer of all time even today. As a direct result of Angelo’s training plan, Muhammad Ali was extremely fast for his weight category and this made him near invincible during his prime years.

Angelo Dundee trained nearly 15 world champions and was inducted into the International Boxing Hall of Fame in 1992.

Emanuel Steward was nicknamed the ‘Godfather of Detroit Boxing’. Emanuel started as an amateur boxer with an outstanding final record of 94 wins and 3 losses. He trained 41 world champion boxers throughout his career.

Emanuel holds the record for the most champions trained by a single coach around the world. Among the 41, Emanuel himself trained over 20 from the ground up. He also had an impressive record of 34-2-1 for heavyweight title matches as a cornerman.

Emanuel Steward was welcomed into the International Boxing Hall of Fame in 1997.

Ray Arcel dreamed of going big and trained with the best bare-knuckle fighters of his time. However, he soon realized he did not have what it took to become a boxing world champion.

Instead of giving up on his dream, he became a trainer. With the in-depth knowledge, he possessed from his former coach. His talent as a boxing coach skyrocketed when his fighter Frankie Genaro defeated the legendary Pancho Villahe. From there, he swiftly became one of the most sought young boxing trainers in the early 1920s.

Ray had a historical record of training over 2000 boxers, of whom 20 became world champions. He became a part of the International Boxing Hall of Fame in 1991.

When it comes to famous boxing coaches, no one is more well-known than Cus D’Amato. He was an amateur boxer who turned to professional coaching after an eye injury in a street fight. At the young age of 22 years, he opened his boxing gym and made a living teaching people how to box.

His most recognized achievement was training Mike Tyson, who became the youngest heavyweight champion. He became his legal guardian, father figure, trainer, and manager. Mike Tyson’s boxing style and foundations were meticulously built by Cus which later made Mike Tyson a force to be reckoned with in the ring.

Long before Mike Tyson though, Cus trained Floyd Patterson and Jose Torres to championship titles. He also guided Teddy Atlas, Kevin Rooney, and Joe Fariello on how to train other boxers, all of whom became excellent trainers later.

Cus D’Amato passed away in 1985 and was posthumously inducted into the International Boxing Hall of Fame in 1995.

Freddie Roach entered amateur boxing from the very young age of 18. After a career record of 40-13, he retired at the age of 26. After retirement, he became an assistant coach to Eddie Futch.

His first world champion was Virgil Hill and ever since he has trained over 20 world champions. He’s the coach for the current generation of boxers like Amir Khan and Manny Pacquiao.

In 2003, he was named Trainer of the Year by the Boxing Writers of America. He was inducted into the International Boxing Hall of Fame in 2012 and is still actively training boxers today.

Jack Blackburn was an exceptional boxer. He fought in different weight classes and battled and defeated fighters above his weight class. However, Jack was convicted on manslaughter charges and sentenced to 10-15 years of jail. He was released after 4 years on good behavior grounds, but his return to boxing was short-lived due to a lack of training.

He later became a boxing trainer and was asked to coach Joe Louis. Jack built Louis up from the ground up and turned him into a top-level boxer. Even Eddie Futch acknowledged Jack’s efforts to transform Louis from a “Box and move” fighter into a more aggressive fighter.

Joe Lewis won the World Heavyweight Championship on June 22, 1937. The win for Joe was a win for Jack Blackburn, as this was his most significant accomplishment as a boxing trainer.

Jack Blackburn died of a heart attack on April 24, 1942. He was inducted into the International Boxing Hall of Fame posthumously in 1992.

Virgil Hunter learned boxing from his father and started his career as a boxing coach. He trained Andre Ward, who won the Olympics Gold Medal in 2004 and retired undefeated with a career record of 32-0.

Virgil Hunter is known to train Amir Khan with a focus on defense. He received the Boxing Writers Association of America Futch-Condon Award for the Trainer of the Year.

Virgil has not yet been inducted into the International Boxing Hall of Fame but his protégé Andre Ward was inducted in 2021, indirectly bringing praise to Virgil.

He became a trainer to help his nephew succeed in his boxing career. He also coached other boxers, but his nephew, Floyd Mayweather, was the one that became famous. As a Hall of Famer, Floyd Mayweather became one of the best boxers of his era under the tutelage of Roger.

Roger also trained Muhammad Ali’s daughter Laila Ali in her boxing career who went on to retire after an undefeated career with 24 wins and held on to WBC, WIBA, IWBF, and IBC female super middleweight titles.

Due to Roger Mayweather’s deteriorating health, he retired as a boxing coach and passed away at the age of 58 in 2020. He has not been inducted into the International Boxing Hall of Fame yet.

Teddy Atlas is a well-known boxing trainer and fight commentator. His early career started as an amateur boxer under the tutelage of Cus D’Amato. He participated in amateur boxing bouts, but retired from boxing because of back injuries and instead became an assistant coach to D’Amato.

Teddy only worked with him for two years before he was asked to leave by Cus D’Amato over a life-threatening fight with Mike Tyson. In 1994, Teddy gained world recognition as a boxing trainer by assisting Michael Moorer in becoming the World Heavyweight Champion.

Apart from training American boxers, Teddy Atlas also trained a Russian heavyweight Alexander Povetkin. However, they parted ways after having another fallout between them.

Teddy served as a commentator for various ESPN sports channels and in 2001, he received the Sam Taub Award for excellence in boxing broadcasting journalism. Teddy is still active and has not been inducted into the International Boxing Hall of Fame.

Charley Goldman became a professional boxer at the age of 15, with this first bout in a saloon in New York. At that time, record keeping was not standard practice, but according to Charley Goldman, he participated in almost 400 bouts.

He retired from boxing after suffering too many hand injuries and became a trainer. He trained many fighters, Rocky Marciano being the most notable one. Rocky Marciano did not have a championship physique, he was a clumsy heavyweight with short arms.

Charley was famous for his training technique of improving a fighter’s natural performance. Instead of concentrating on how to improve Rocky’s reach, Charley taught him to fight from a crouched position. As a result, Charley Goldman turned Rocky Marciano into an undefeated heavyweight champion of the world.

Charley trained 5 world champions and was inducted into the International Boxing Hall of Fame posthumously in 1992.

Buddy McGirt was a professional boxer who retired in 1997 with an outstanding record of 73-6-1 with 48 KOs. When Buddy retired, he became a boxing trainer and coached many fighters, some of whom went on to become champions.

Buddy enjoyed the training and teaching fighters, making them mentally and physically prepared when they entered the ring. He also trained the boxing Hall of Famer Arturo Gatti.

What are boxer trainers called?

Who was the best boxing trainer?

How much do boxing trainers get paid?

Most boxing trainers earn $30,000-$60,000 however, some famous boxing coaches can earn much more than that. The highest-paid boxing trainers often take a 10% cut of their fighter’s purse, which can be over a million dollars per fight for the superstars.

It is impossible to unanimously agree upon who the best boxing trainer of all time is. A good trainer helps the boxer reach their best potential and develop a style that compliments their physique and personality. All the trainers on this list had incredible careers and it wouldn’t surprise us if your number one pick was a little different!