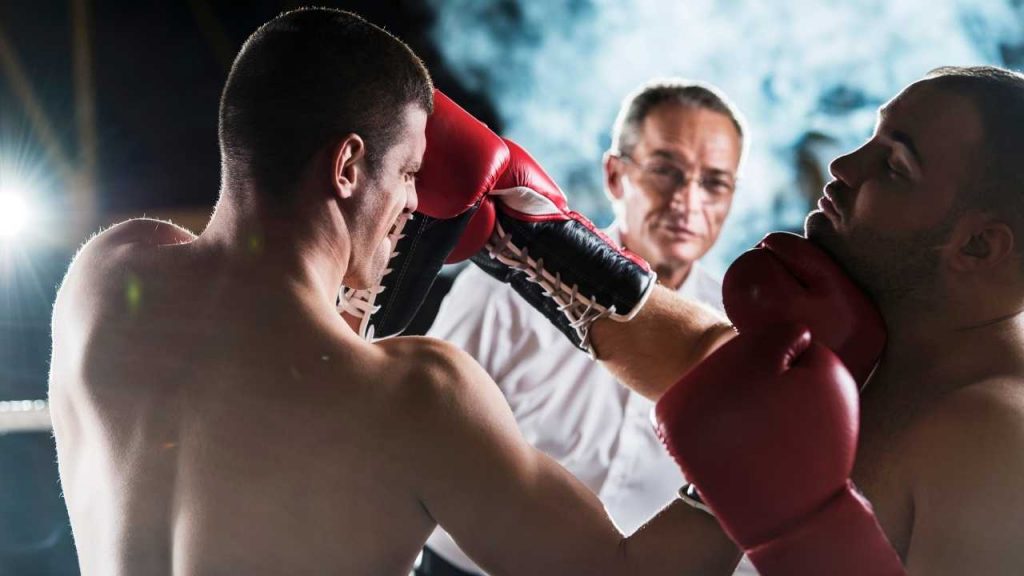 If you’re anything like me, you love watching fighting documentaries. Boxing documentaries on Netflix or HBO are my go-to when I want to sit back and watch something really engaging – aside from watching an actual boxing bout, of course!

As an amateur boxer in my youth and a lifelong fan, learning about Sweet Science by watching boxing documentary series became one of my favorite pastimes. There are a lot of great new boxing documentaries, so I compiled this list to help boxing junkies like me decide what to watch.

Here are my picks for the top 10 best boxing documentaries to watch in 2022.

The Kings is a four-part boxing documentary series showcasing the careers of four dominant champions: Roberto Duran, Marvelous Marvin Hagler, Thomas Hearns, and Sugar Ray Leonard. Each episode serves as an inside look for each of these boxers, focusing on their impact on boxing during a time when the sport’s popularity was waning.

Boxing was reinvigorated by the folk-hero presence of these four men, as they became symbols of hope after the tough times of the 1970s recession. Using a combination of intimate interviews and old footage, viewers get taken on a journey witnessing the greatness of these boxers inside the ring – and their struggles outside of it.

The Kings is available for streaming through SHOWTIME or for purchase on Amazon Prime Video.

An intimate look inside the life of one of boxing’s greatest athletes, Lennox Lewis: The Untold Story is a highly engaging boxing documentary narrated by the rapper Dr. Dre. It follows the life of Lewis from his rough upbringing on the East End of London all the way to becoming the undisputed heavyweight champion of the world.

This documentary features never-before-released footage, with many of the tapes coming from Lewis himself or his family. It also takes the time to interview some of his greatest opponents inside the ring, including legendary features like George Foreman, Evander Holyfield, and Mike Tyson.

Lennox Lewis: The Untold Story is available for streaming on Apple TV or for purchase on Amazon Prime Video.

Many of the boxing documentaries on this list give an up-close and personal look about a boxer, but few talk about the impact said boxers have on their hometown. What makes Fighting for a City a unique boxing documentary is its emphasis on the boxer’s hometown as a backdrop to enrich the narrative.

It follows the story of Josh Warrington, a boxer of humble means from the city of Leeds, England. Despite those around him saying that someone can Leeds can never compete on the big stage, we watch Warrington train with his father in pursuit of fighting for a championship inside Elland Road, his hometown venue.

Josh Warrington: Fighting for a City is available for streaming on Apple TV and for purchase on Amazon Prime video.

If you’re looking for a glimpse of the world of boxing as a whole, then writer/director Jay Bulger’s CounterPunch is an excellent boxing documentary for you. Instead of focusing on a single fighter or just the positive aspects, Bulger gives a holistic look into the world of boxing. It shows boxers at their highest of highs and their lowest of lows and doesn’t pull its punches when exposing some of the seedy underbelly in the boxing world.

Boxers featured in this documentary include Paulie Malinaggi, Oscar de la Hoya, and Sugar Ray Leonard. However, the footage and narrative focus primarily on three boxers – each at different stages in their careers. One prospect, one amateur, and one professional as they endeavor to achieve boxing glory.

CounterPunch is available to stream on Netflix.

Other than perhaps Muhammad Ali, there is no boxer more famous than “Iron” Mike Tyson. The cultural icon is one of the most important figures in boxing history, and Mike Tyson: The Knockout is a riveting account of his ascension, peak, and decline both inside the ring and out of it.

Focusing more on his life than his boxing career, this is a chronicle of Tyson’s life. From his difficult upbringing on the mean streets of Brownsville, Brooklyn, to his legendary relationship to Cus D’Amato, to his struggles following D’Amato’s death. There have been many boxing documentaries about Mike Tyson, but this two-episode show is the best one.

Mike Tyson: The Knockout is available for streaming on ABC.

Hector Camacho was one of the most interesting champions in boxing history, whose life was cut tragically short by homicide. In his documentary Macho: The Hector Camacho Story, director Eric Drath brings Camacho’s vibrancy and dynamism to the screen, as well as the darker aspects of his character.

This boxing documentary plays more like a tragedy than a motivational tale, with mystery surrounding the double homicide that claimed Camacho’s life. It’s one of the darker boxing documentaries on this list, so keep that in mind before viewing.

Macho: The Hector Camacho Story is available for streaming on Showtime and for purchase on Amazon Prime Video.

4. Untold: Deal with the Devil (Netflix)

Part of Netflix’s sports documentary series Untold, Deal with the Devil is the only boxing documentary on this list about a female boxer. It also happens to be one of the most provocative, as it explores the life, career, and personal demons of Christy Martin.

Christy Martin was a trailblazer for women boxers as well as being an openly lesbian athlete. Her success inside the ring paved the way for other women in the sport, but her life experiences told a darker story, including threats on her life.

Untold: Deal with the Devil is available to stream on Netflix.

Roberto Duran is not just one of the most important boxers in history, he is also a champion for civil rights in his native of Panama. I Am Duran is a personal exploration of the life, career, and activism of Roberto Duran.

Duran was a four-time world champion whose impact on the sport went far beyond his accomplishments in the ring. He was a figurehead in the fight against Panamanian dictator Noriega. This is the most political boxing documentary on this list, and also one of the most fascinating.

I Am Duran is available for streaming on Apple TV and for purchase on Amazon Prime Video.

2. Pariah: The Lives and Deaths of Sonny Liston (Showtime)

The odds were always stacked against Sonny Liston. Yet, he was able to overcome them by knocking out Floyd Patterson to become heavyweight champion of the world. Tragedy struck when Liston died 8 years later from a heroin overdose – but those close to him suspected foul play.

This is not only an examination on the incredible story of Sonny Liston, but also a look into the possibility of his death being the result of a murder rather than a drug overdose. There have been many theories regarding Liston’s death over the years, and this boxing documentary explores all of them.

Pariah: The Lives and Deaths of Sonny Liston is available for streaming on Showtime and for purchase on Amazon Prime Video.

There have been countless boxing documentaries about Muhammad Ali over the years, but none have been as painstakingly researched or lovingly presented as this one. More so than any other documentary on this list, this series goes out of its way to tell you everything there is to know about Muhammad Ali, the greatest boxer of all time.

Muhammad Ali is available on the PBS YouTube channel and for purchase on Amazon Prime Video.