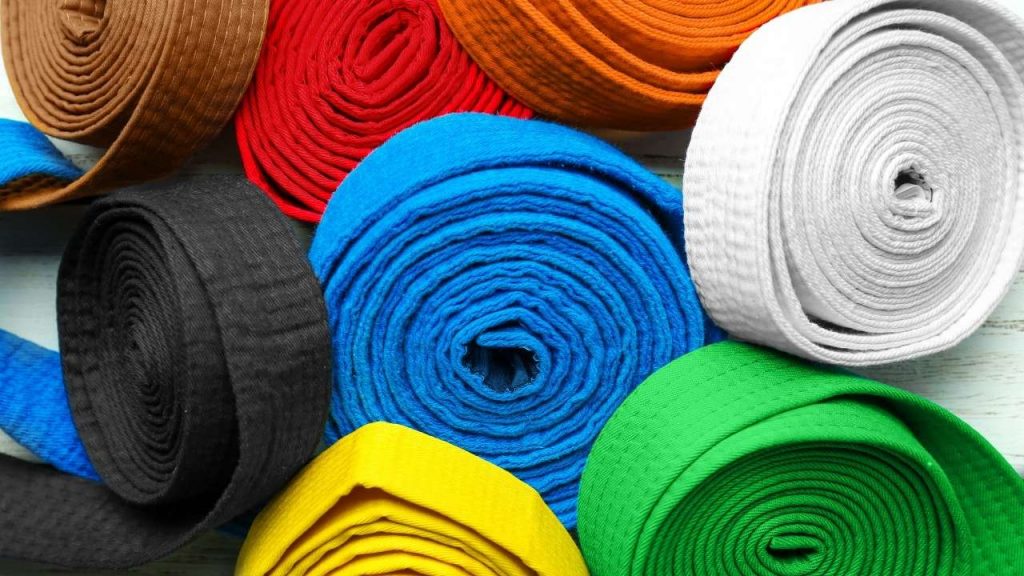 There is nothing more satisfying for a BJJ player than to graduate in belt ranking. Everyone who jumps from white belt to blue belt can attest to the profound feeling of satisfaction that comes when progressing in the gentle art.

As a purple belt in BJJ who has been training for more than six years, I’ve had a long and fruitful journey graduating as a white belt to where I am now. Although the ranking of my belt has only changed three times, I’ve purchased many more than three belts.

In this article, I’m going to break down my top choices for the best BJJ belts. The road to graduating to the next rank can be grueling, but buying your next belt doesn’t have to be. This buying guide will provide you with all the info you need to know to make the right decision about your next BJJ belt.

Who Should Get This

The fact of the matter is, every BJJ player needs a good belt. Even practitioners who only train no-gi still buy belts because of their symbolic significance in the sport. It’s our badge of honor, showcasing our commitment to BJJ for the world to see.

When I first started out in BJJ, I didn’t think there was much importance in which belt I bought. I simply chose the white belt that was the least expensive and didn’t give it much consideration. However, after daily use, I realized the value in purchasing a quality BJJ belt.

Much like a BJJ gi or rash guard, a good BJJ belt is built for durability and comfort. A poorly made belt will deteriorate quickly after the rigors of rolling, a lesson I learned the hard way. As a symbol of your progression, status, and dedication, a BJJ belt should be worn with pride.

Gold BJJ is one of the most well-respected brands in the BJJ world, and for good reason. They make a ton of excellent BJJ products, from gis to rash guards and spats. Their BJJ belt is no exception, highlighting their dedication to quality.

If I could only recommend one BJJ belt, it would be Gold’s. I bought my first after reaching a blue belt and it lasted the entire duration of my stay at the sophomore BJJ level. This belt hits all of my criteria for what makes a great BJJ belt.

I love the minimalist design and think they look great. But the most important thing is durability, and these things are tough. Despite putting my gis and belts through hell, my Gold BJJ belt still looks brand new after hours of rolling.

If you’re in the market for a BJJ belt, you can’t go wrong with Gold’s.

Another solid choice is the Hayabusa 2.0 BJJ Belt. Hayabusa is a well-known fightwear brand in the martial arts world. Although they don’t focus exclusively on BJJ, their products are well made and are a go-to brand for many BJJ players.

The best thing about the Hayabusa BJJ belt is how lightweight it is. It comes in generally lighter than your average BJJ belt. Normally that would mean diminished durability, but they’ve done a great job reinforcing the stitching to avoid this issue.

The branded patch is a bit louder than what I personally like, but most people don’t mind. This is a solid BJJ belt that will get you a lot of mileage at a reasonable price. If you’re someone who prefers a lighter BJJ belt, this is a great choice for you.

My vote for the best bang for your buck is the Sanabul pro BJJ belt. Sanabul is another awesome fightwear brand that has a loyal fanbase in the combat sports universe. They offer more than just BJJ gear, but if you’re someone who likes to be extra stylish on the mats, I suggest checking out their line of NASA BJJ gis.

If you’re on a tight budget, you can’t go wrong with Sanabul’s BJJ belts. They hit all the marks of a quality BJJ belt without breaking the bank. It’s durable, easy to clean, and comfortable to wear.

Some users say that the sizes run a bit small compared to their gi sizes, so you may want to consider buying a size up from your normal gi size. Regardless, this is a quality product and a good choice for anyone who needs an inexpensive BJJ belt.

The official apparel brand of the UFC, Venum is probably the most popular fightwear brand in the world. They’re known for making quality products, and their take on the BJJ belt is no exception.

This is a sturdy belt that does an excellent job retaining its color. Even the white belts seem to do a better job compared to other brands at remaining white, even after hours of rolling. Users report that this belt is rigid out of the package, but breaks in easily.

My biggest gripe with this BJJ belt may be the reason why some BJJ players want to buy it. The logo is very prominent and very busy. I personally prefer a more minimalist approach. Venum does exactly the opposite, with their iconic snake decal and a bunch of info right there on the belt.

This BJJ belt is a great choice for someone who likes brand recognition while still getting a great product.

The only product on this list that isn’t 100% cotton is Ronin’s BJJ Gi belt. Ronin is a fightwear brand that specializes in gear for martial arts with Japanese origin, creating top-notch products for practitioners of karate, judo, and BJJ.

The most unique product featured on this list is Ronin’s BJJ belt. It feels different to the touch than other BJJ belts, but that isn’t a bad thing. It’s just as durable and comfortable as any other BJJ belt I’ve used.

The thing I like most about this BJJ belt is the international logo. Even though I usually prefer minimalist designs, I love that this belt’s logo features the flags of Brazil, Japan, and the United States. These countries have been the most important in the development of BJJ across the globe, and it’s nice to see gear made honoring that role.

Of course, it also hits all the important markers for a great BJJ belt: it’s durable, comfortable, and easy to clean. This is an ideal choice for anyone who loves the history and culture of BJJ.

How do you tie a BJJ belt?

Here is a great video demonstration by Rener Gracie on how to tie a BJJ belt.

Of course, there are countless ways you can go about tying your BJJ belt. Some people use a karate style, others use a double water knot. However, it’s best not to overthink it. The three variations taught in the above video are all you’ll need to know.

How do you clean a BJJ belt?

All of the products featured in this article are machine washable. However, since they are cotton, it’s very important that you air dry them and do not put them in the dryer. If you make the mistake of putting them in the dryer, they will shrink on you!

What are the BJJ belt sizes? How do I choose the correct size?

BJJ belt sizes correlate to gi sizes. These are normally measured in A0-A5 sizes, where the A stands for adult. You may also come across K sizes for kids and F sizes for females. Generally speaking, BJJ belts are unisex (as are all the belts featured in this article).

Here is a breakdown of BJJ belt and gi sizing:

What is the highest BJJ belt?

Technically, the highest ranking BJJ belt is the red belt. However, this is an honor reserved for pioneers in the sport and is generally considered unachievable. To put it in perspective, a 19-year-old who became a blackbelt would not be expected to receive their red belt until they were 67-years-old.

For all intents and purposes, black belt is the highest BJJ belt. The ranking goes as follows:

How long does it take to get a BJJ black belt?

On average, it takes about ten years for a person to achieve their BJJ black belt. This depends on many factors, including age and physical fitness. The record for the fastest ever black belt is held by Travis Stevens, who received his from BJJ pioneer John Danaher. However, Stevens was already a black belt in Judo and an Olympic athlete at the time he began, so don’t be discouraged!

For the majority of people who stick with it, 10 years is the average timeframe for achieving a BJJ black belt.

It’s not something you would expect, but choosing a quality BJJ belt is more important than most people realize. It’s something we wear every time we train and even serves as a functional piece of training equipment, being utilized in various techniques.

All of the BJJ belts featured in this article are great choices, but my top pick is the Gold BJJ belt. While other fightwear brands branch out to other martial arts, Gold BJJ focuses exclusively on BJJ gear. As such, their BJJ products are always top notch.

Remember that you want a belt that is durable, comfortable, and easily cleaned. All of the BJJ belts in this article have those features, so any one of them is an excellent choice!